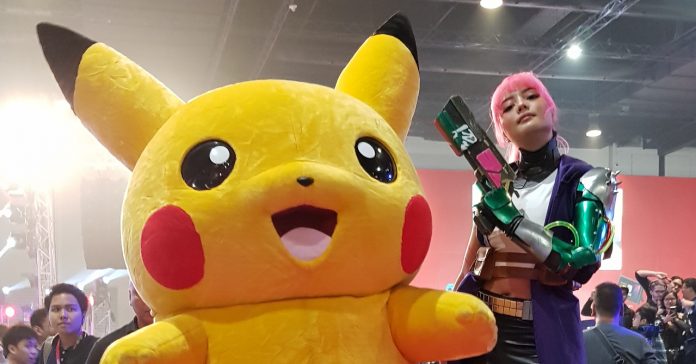 ESGS 2019 is a momentous event, and not just because it’s a massive gaming and esports event. For the first time in ESGS history, Nintendo is an official exhibitor via SEA distributor Maxsoft, and they definitely electrified the crowd — and that’s not just because Pikachu was there!

Just next to the ESGS Main Stage is the massive Nintendo booth where lots of Switch units were available to play for attendees. The Switches at the booth feature demos of popular Switch titles such as Super Mario Odyssey, Mario Kart 8 Deluxe, The Legend of Zelda: Breath of the Wild, Pokemon: Let’s Go, and many more!

Aside from the aforementioned titles, the Nintendo booth also had demos of newer titles such as the super-cute Legend of Zelda: Link’s Awakening, and even a demo for the upcoming title Harvest Moon: Mad Dash.

ESGS 2019 attendees were also treated to special appearances by none other than Pikachu and Eevee! Lucky fans were able to see these adorable Pokemon either at the booth or at the Main Stage.

So want to try out Switch games and see Pikachu in person? Don’t worry as ESGS 2019 is happening til tomorrow, October 27 at the SMX Convention Center, Pasay City. Tickets for the event are still available at SM Tickets outlets, as well as at the venue.