If you haven't seen the series yet, we highly recommend it! 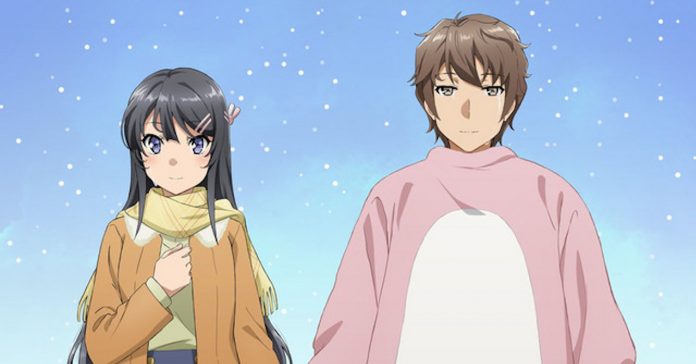 Rejoice anime fans, another anime film is getting released in Philippine cinemas! Following the announcement of Hello World’s theater run, Pioneer Films just confirmed that it is bringing another anime movie in the Philippines, and it’s “Rascal Does Not Dream of Dreaming Girl.”

The announcement was made just recently at the distributor’s Facebook page – Anime Movies Philippines. The movie will be released in select PH theaters on November 13, 2019. 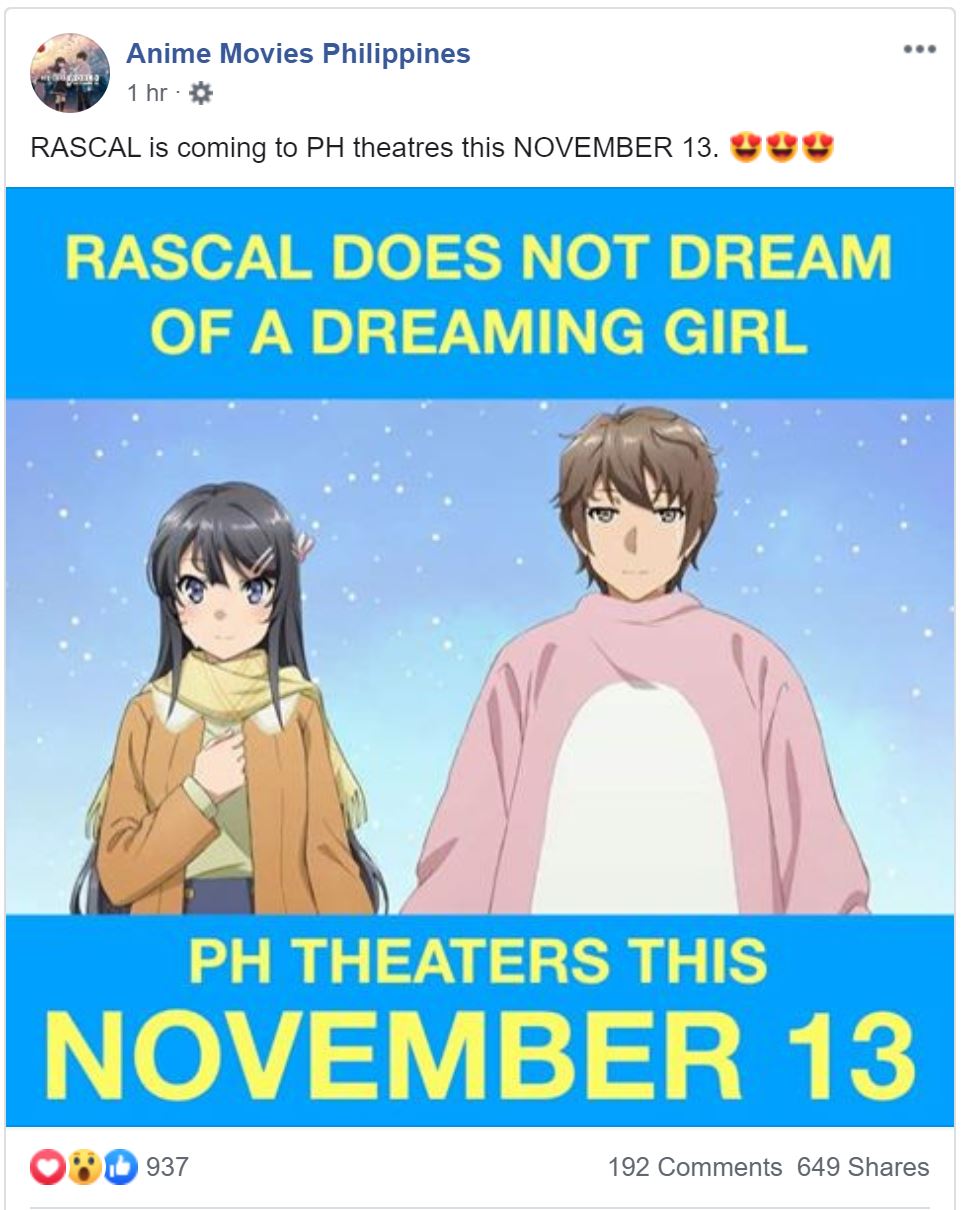 In case you’re unfamiliar, Rascal Does Not Dream of Dreaming Girl is an anime movie in the light novel-turned-anime series, Rascal Does Not Dream of Bunny Girl Senpai (Seishun Buta Yaro). If you haven’t read the novels or watched the 12-episode series, “Bunny Girl Senpai” (as it’s affectionately called by fans) is a psychological romance drama following Sakuta Azusagawa, a high school student who meets and helps Mai Sakurajima (the “Bunny Girl”) and other girls who suffer from a supernatural phenomenon called “Adolescence Syndrome.” It’s often compared to the Monogatari series, but it’s a bit more approachable (for me at least).

Rascal Does Not Dream of Dreaming Girl will pick up where the first season left off, and was released in Japan last June 15, 2019. While the film releases in the PH on November 13, there’s no word yet on the list of cinemas where the film will be released.

- Advertisement -
Previous articleHyperX releases a slew of new gaming peripherals for ESGS 2019
Next articleESGS 2019 is finally upon us; here are the coolest stuff you’ll see at the event