It's an excellent match for binge-watching too! 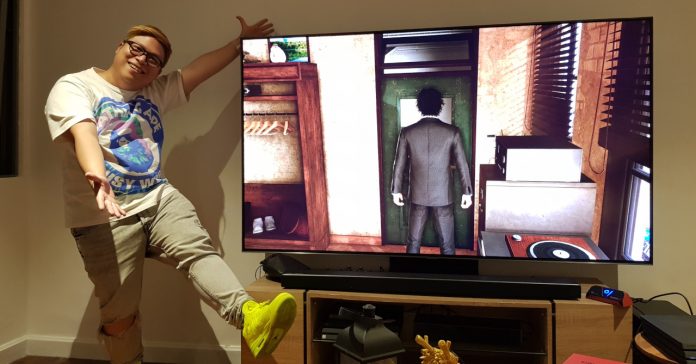 Playing on a monitor is great and all, but for a more immersive experience, or if you’re playing with friends, a TV is still the way to go (especially for console gaming). Personally, I play games on our house’s TV, and while it’s pretty decent, it’s nothing compared to what we used during our recent Game Night.

Some time back, we here at UnGeek held a game night where we played a number of different titles. While this was partly due to our interest in a couple of recent game releases, it was also because we wanted to try gaming on Samsung’s new Q90R 75-inch 4K TV.

As you can see above, the Samsung Q90R is a MASSSIVE TV. Coupled with the fact that it uses a 4K QLED panel, we expected it to deliver a great gaming experience. So off we went to try out three different games: Judgment, Man of Medan, and Erica. Aside from being three fairly recent titles, we selected these games to test out the capabilities of the Q90R TV. 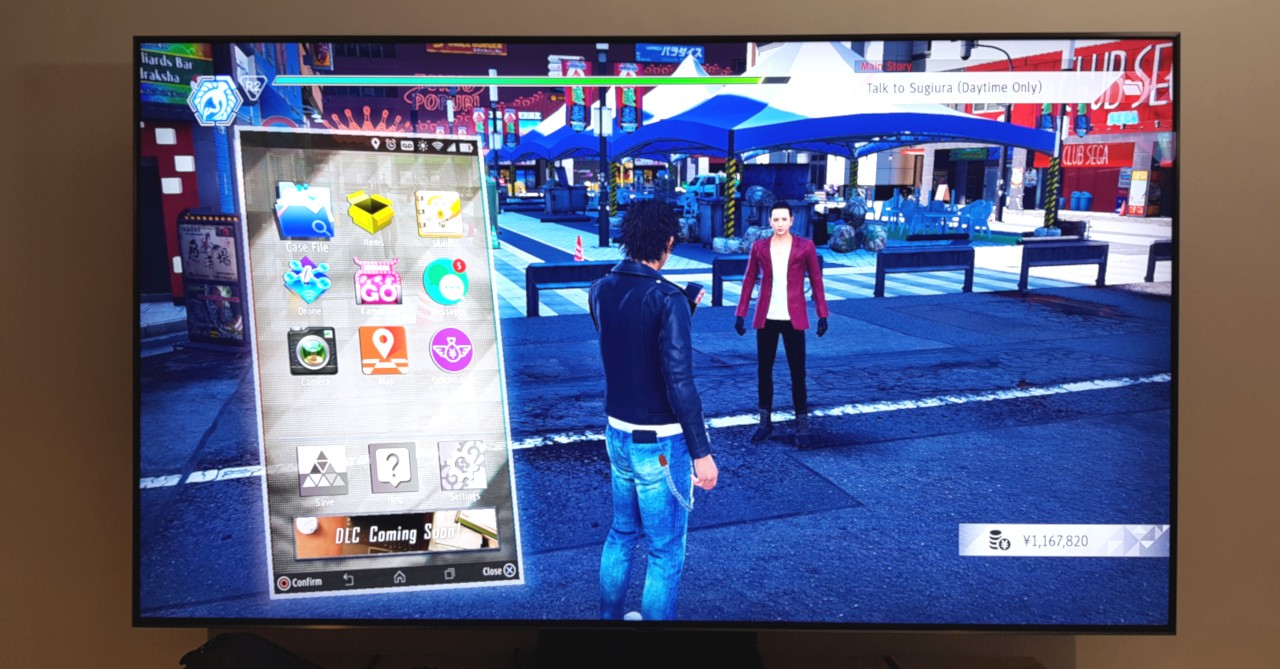 The first game we tried out is Judgment, a spin-off of the popular Yakuza series. I myself am playing this game, but on my house’s small TV. Once I got to try it on the Q90R though, I didn’t want to go back!

Thanks to its large size and bright output, playing on the Q90R was an immersive experience; this TV is definitely a great pick for singleplayer titles. What’s even better is that if you have a PS4 Pro, HDR-ready games look even better on this TV given that the Q90R has an impressive Quantum HDR feature.

What helps immerse you in the game even more is that this 75-inch TV has incredibly thin bezels. Overall, it’s just a gorgeous screen to play games with.

Now, if you think this TV is just good for console gaming, you thought wrong as the Q90R supports FreeSync, meaning less tearing and stuttering when you use the TV as a display for your gaming PC. 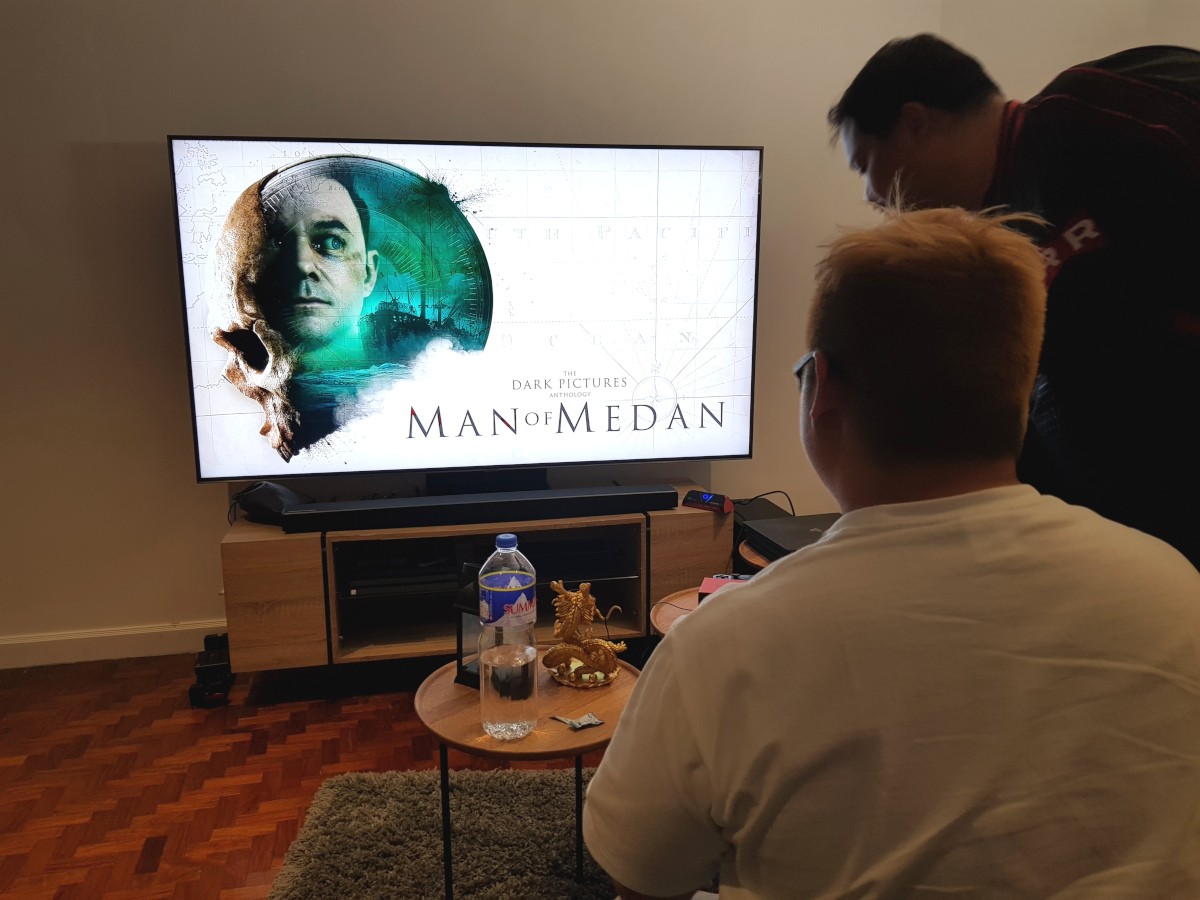 After some time with Judgment, we played Man of Medan, a narrative-focused game that supports up to five players. We played the game as we wanted to test out the TV’s viewing angles given there were three of us playing at the time (with a couple others watching).

During our gameplay, we found that the Q90R has wide viewing angles. Even when you’re sitting off to the side of the display, the Q90R still produced sharp and vibrant output, making it a great TV for multiplayer game sessions.

Finally, we played Erica, an FMV game. In case you aren’t familiar with FMV games, think of them as interactive movies/series; we played this game in particular to see how the Q90R will fare with live-action content.

Well, the Q90R proved to be an excellent TV in this case. Thanks to the high quality of the image and the TV’s massive size, it’s sort of like watching a movie in theaters. We imagine that this TV will also be perfect for movie nights. 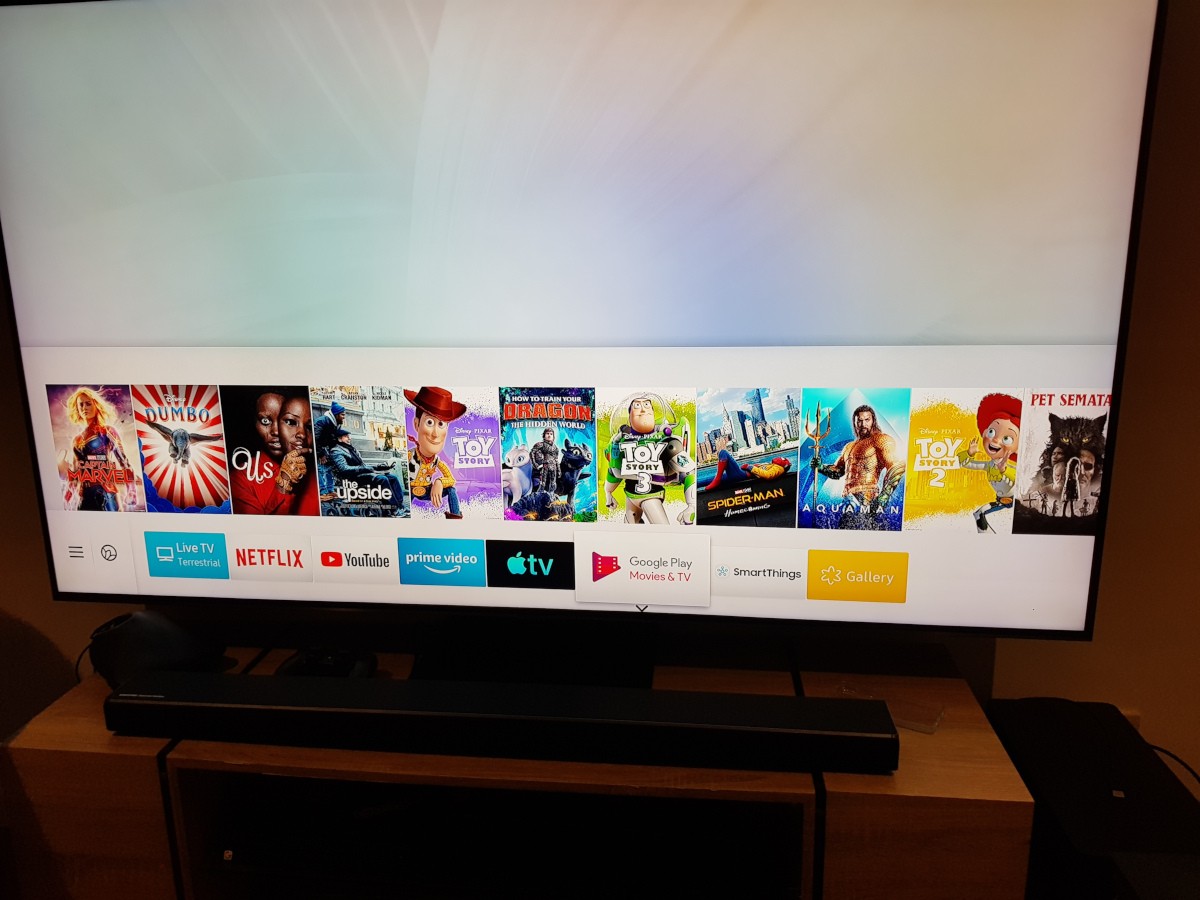 If you do find yourself tired of gaming, the Q90R is a fully-featured smart TV, meaning it’s pre-loaded with apps such as Netflix and YouTube, so you can watch all the stuff that you could ever want. 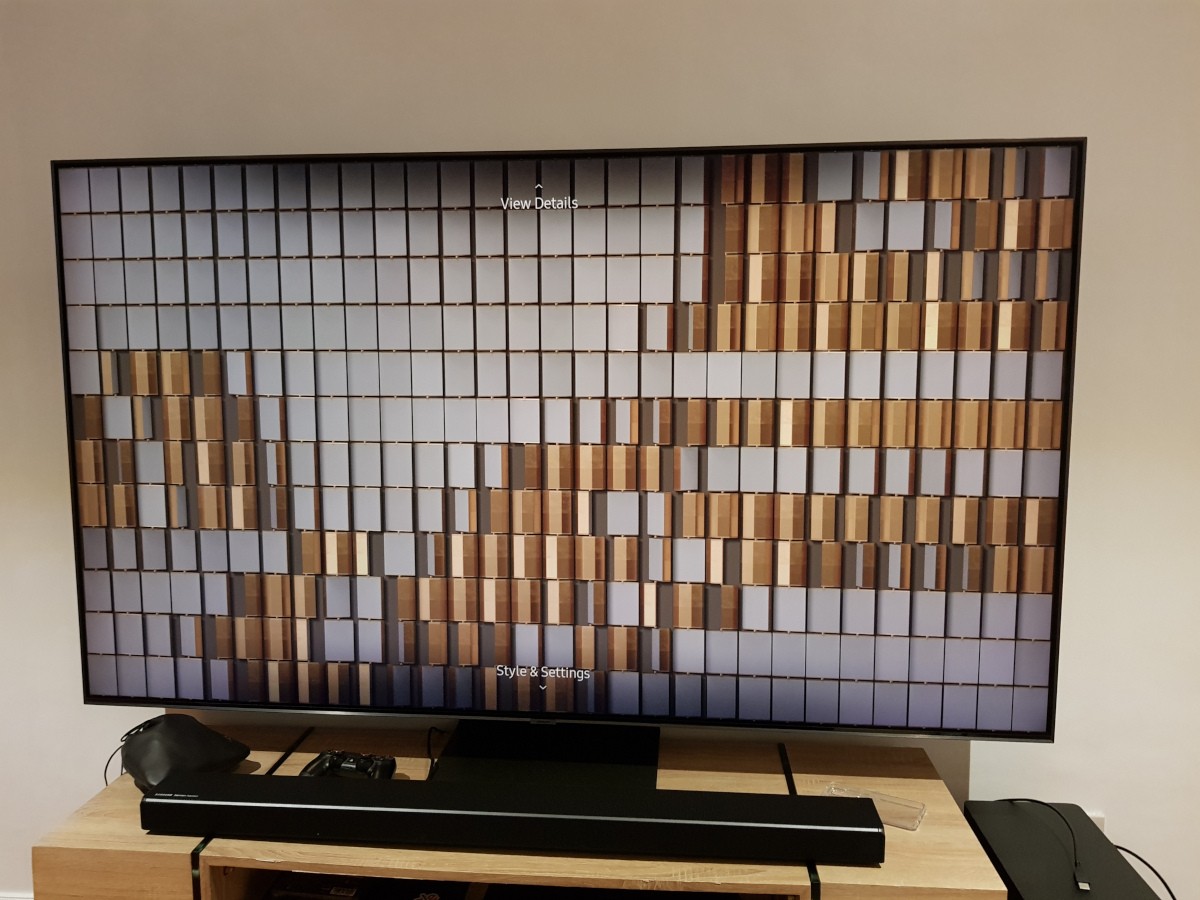 Finally, a cool feature of the Samsung Q90R is that it has a screensaver feature, great if you want the TV to fit seamlessly into your room. There are lots of screen styles to choose from; you can even set it to display a photo of your wall to make it look part of your room. 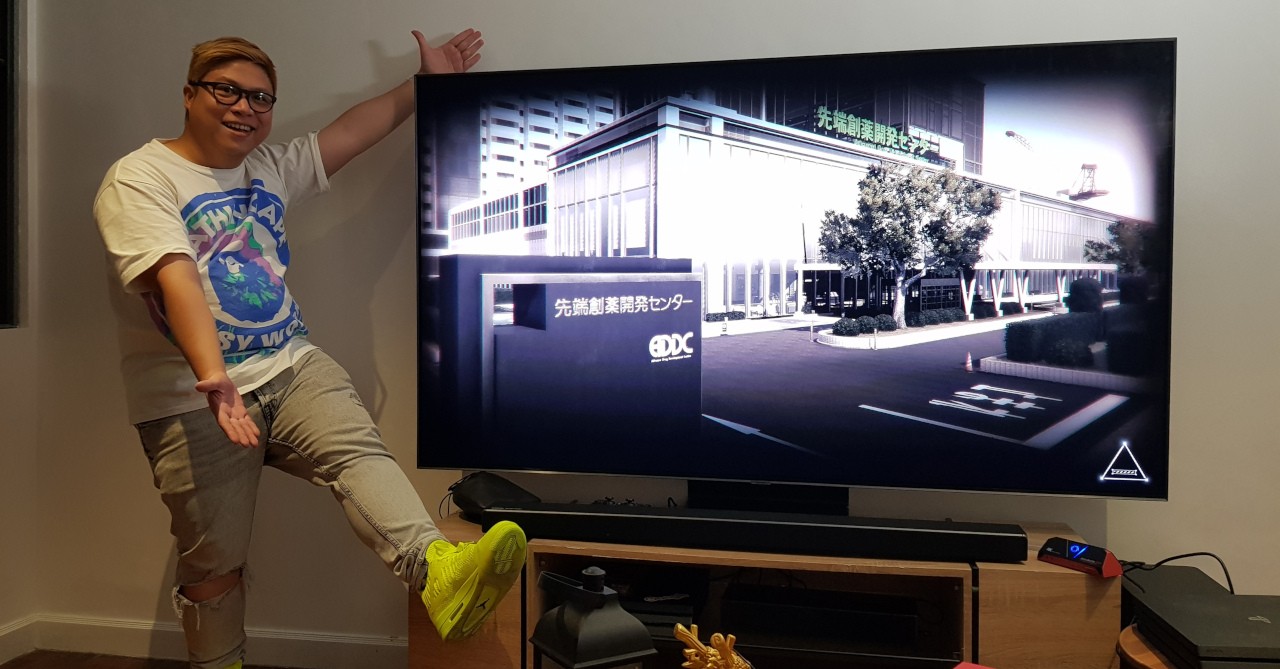 After our game night, we found that the Samsung Q90R is easily one of the best TVs you can get for gaming right now. This massive TV isn’t for everyone though as it costs a whopping PHP 359,995!

While we sure can’t afford it, if you do have PHP 360k lying around and are willing to spend that much for a TV, the Samsung Q90R will deliver an excellent gaming experience.