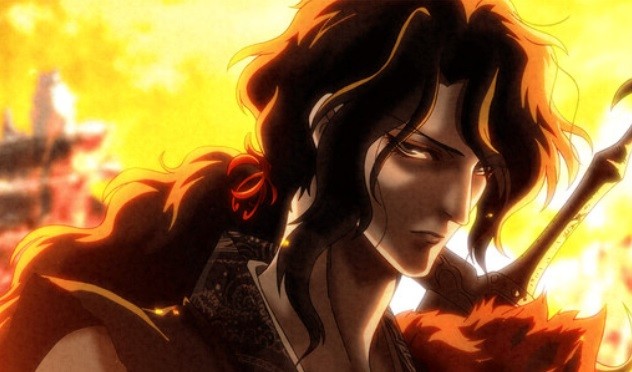 During the recently concluded New York ComiCon 2019, Yoshitaka Amano of Final Fantasy fame announced the cast members and new characters for his upcoming “Gibiate” anime series. Check out the characters as well as official descriptions from the press release: 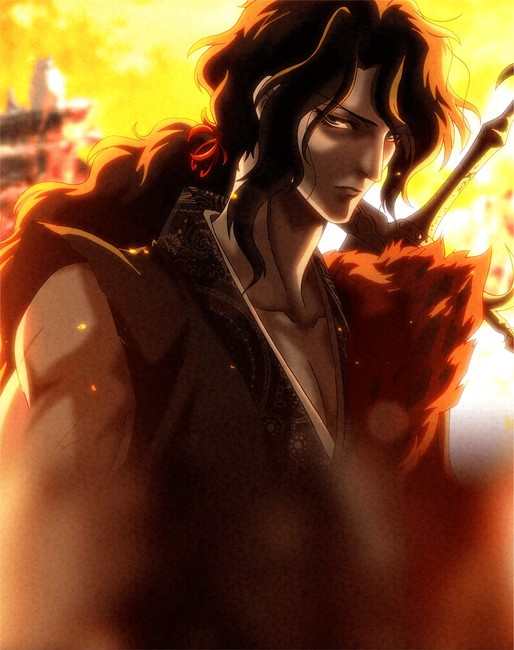 Tetsuya Kakihara as Sensui Kanzaki: A samurai who travelled from the early Edo period. As known as ‘Senningiri’ (thousand-men slasher), he has cut down numerous enemies during Sengoku period with his twin swords of Japanese katana and Western sword. However he makes himself a commandment against killing now. 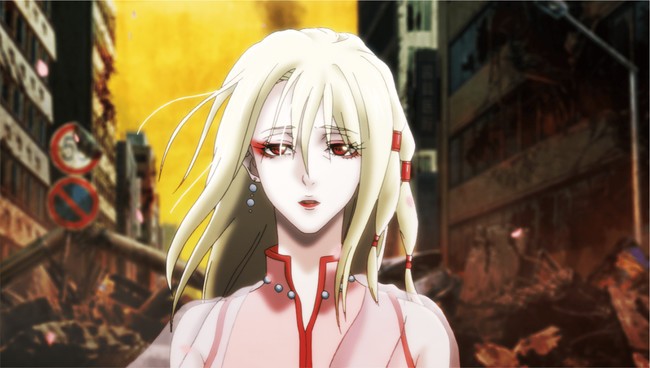 Yukiyo Fujii as Kathleen Funada: Dr. Yoshinaga’s assistant. An optimistic half-blood girl, not good at fighting. But she manages to save Sensui and Kenroku as they have just arrived at the modern world. 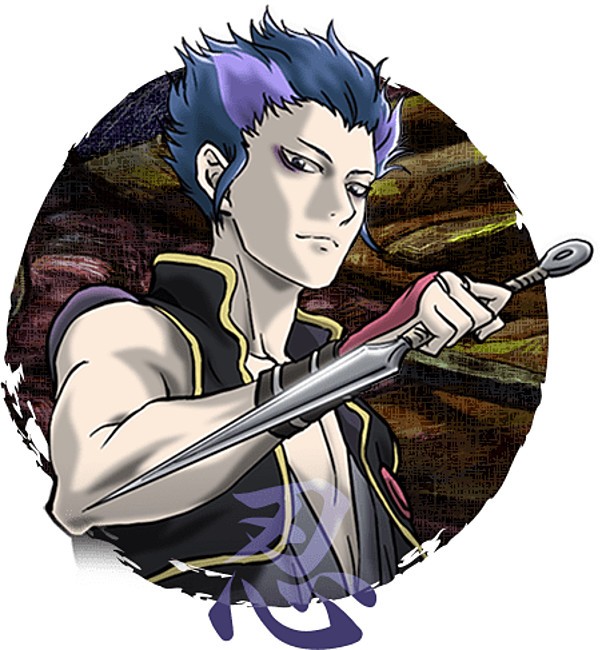 Hiroki Touchi as Kenroku Sanada: A ninja who travelled from the early Edo period with Sensui. A blood relative to Sanada Family, the Sengoku-daimyo of Shinano Domain. He is cheerful and energetic, fighting against Gibias with his bombs. 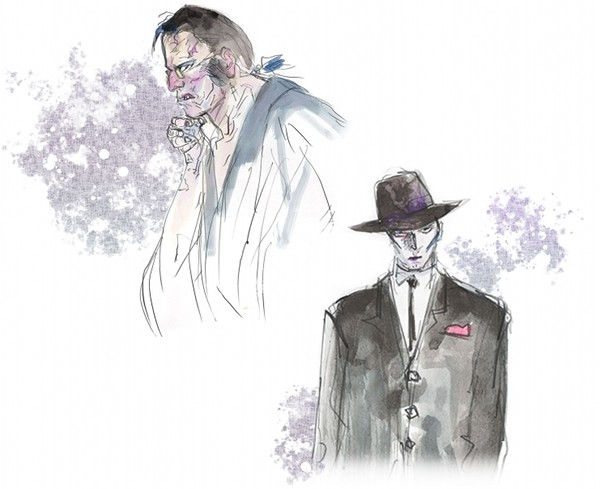 Renjiro Hatonami (left): The leader of Galients, the outlaw gang. He used to be the boss of mafia. Having broken the prison, he attacks Sensui and other people for food, with his weapon of Nagadosu (a type of Japanese sword).

Guren Soshigaya (right): The number two of Galients, having followed Renjiro since he was a gangster. He fights Gibia by using his two pistols, unrivaled in speed and accuracy. 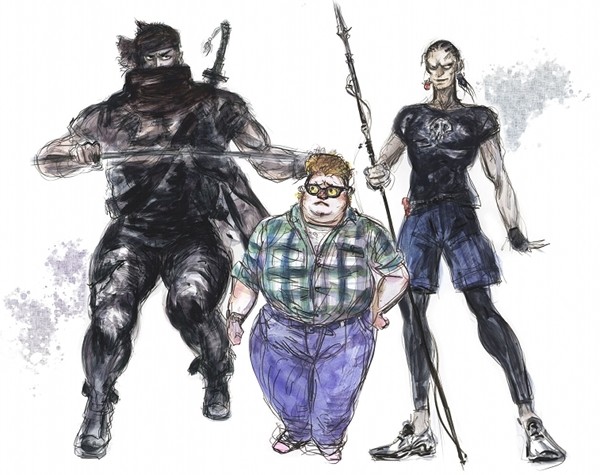 Katsunori Hamuro (left): The member of Galients, who used to be a fishman. He had happened to kill a friend in the fight, and been sent to prison then.

Hidenori Sakuma (center): The member of Galients, who used to be a bomber. Because of Renjiro’s manhood, he became Renjiro’s little brother in jail.

Mikimoto Isao (right): The member of Galients, who used to be a track and field athlete. He has sympathy with Renjiro and Soshigaya because of their manhood.

Here’s more from the press release:

Gibiate Project, a global IP development group that includes Amano (Final Fantasy games), is developing the series. It announced the anime at Anime Expo in July earlier this year.

The Year is 2030 Japan. A Virus outbreak has covered the earth. Once infected, patients become monsters and changes the form depending on age, sex and nationality. The virus is called “Gibier”(wild game for many varieties). A Edo era time traveling Samurai and Shinobi appear in the post apocalyptic ruins. Helping a doctor who has dedicated his career for researching the cure for “Gibier”, hordes of Gibier after them, outlaws who attack the travelers for food – everywhere you turn, danger is upon them!

Amano is credited as the original character designer of the upcoming anime, while Naoki Serizawa (Resident Evil manga, Saru Lock) is designing the monsters. Yuzo Koshiro (Ys, Act Raisor) is credited as “Sound Creator,” and the Yoshida Brothers are the musical artists. Ryō Aoki (Girl Friend BETA, BONJOUR Sweet Love Patisserie, Endride) is credited with project planning and the original story, and actor Hiromi Sakimoto is credited as a performer.

- Advertisement -
Previous article
Turn your iPhone into an OG Pokedex with this new case from Premium Bandai
Next article
Heads up Kojima fans, a Death Stranding World Tour is happening!