TNC Premium Cafes and Ground Zeros will be equipped with Predator hardware. 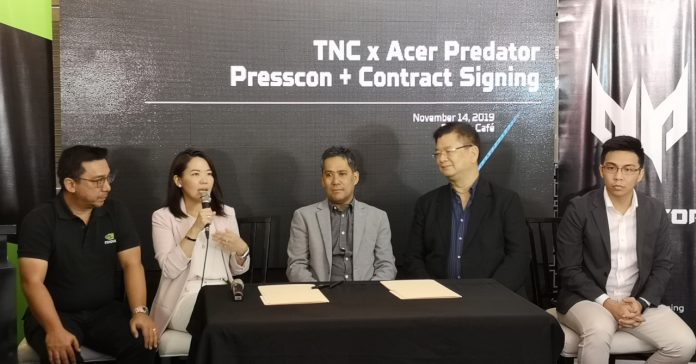 TNC and Acer Predator have long been close parnters; the organization’s renowned Dota 2 team is even officially called “TNC Predator,” not to mention that TNC’s flagship High Grounds Cafe is powered by Acer Predator hardware. So it’s no surprise then that Acer Predator and TNC have recently signed a new contract that further strengthens their partnership.

The new contract between Acer Predator and TNC was signed last November 14 at Romulo Cafe in Makati City. The contract is a three-year partnership wherein Acer Predator will be the official hardware provider for TNC’s future gaming cafes, including Premium Cafe and Ground Zero esports lounge concepts. 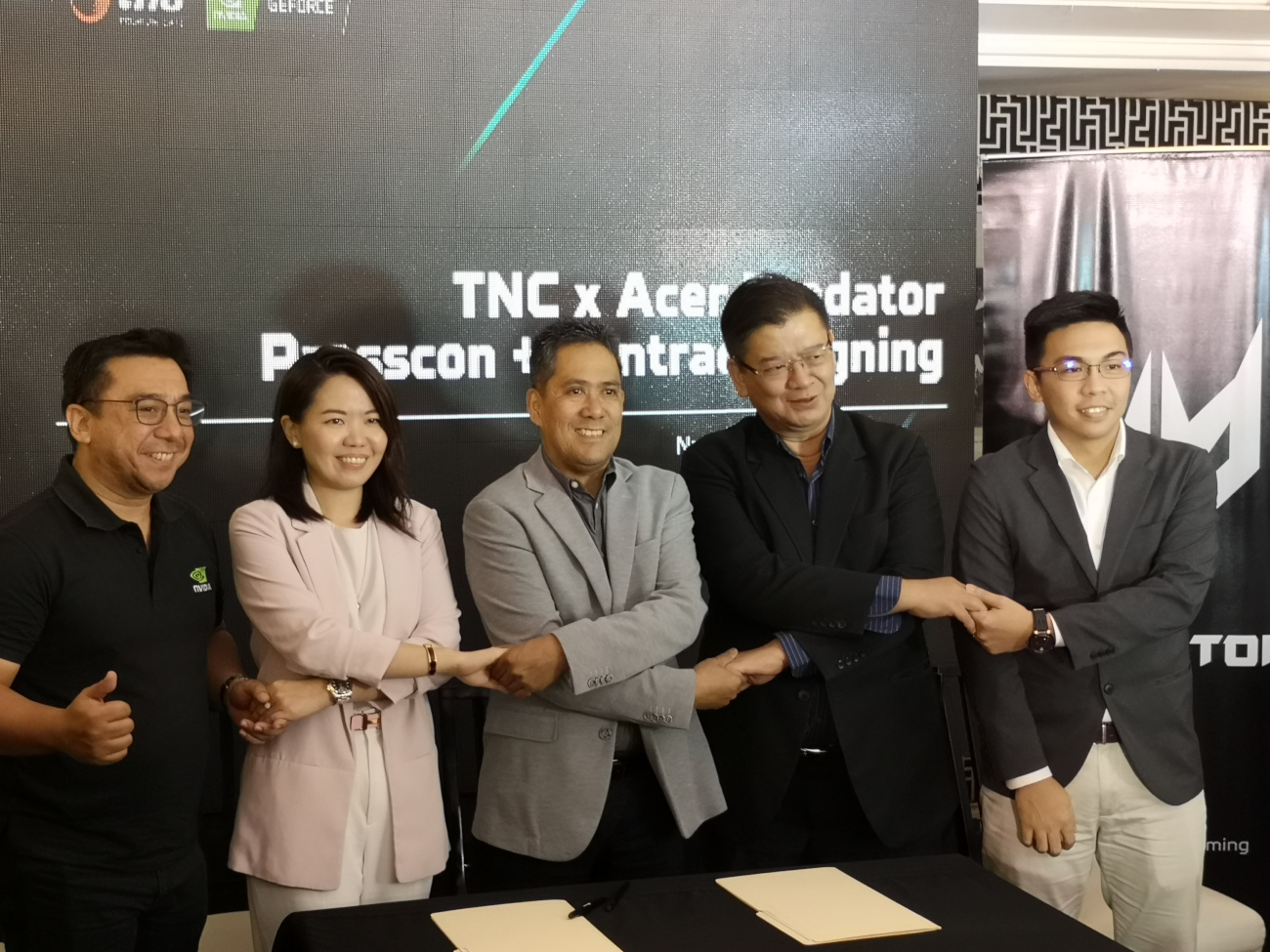 Aside from Acer and TNC representatives, the contract signing was also attended by NVIDIA Philippines Country Manager, Jerome Matti. This is because the Acer Predator gaming rigs at TNC cyber cafes will be powered by NVIDIA GPUs, much like the current setup at High Grounds Cafe.

Finally, at the contract signing event, Acer PH expressed its support for the Filipino athletes that will participate in the upcoming SEA Games. After all, this year’s SEA Games will be the first-time ever that esports will be a medal sport.

- Advertisement -
Previous article
One Punch Man: A Hero Nobody Knows gets a release date + Pre-Order Bonuses
Next article
The Samsung Galaxy Note 10 series lets you shoot and edit next-level videos