'Moxxi' is the first of four planned add-ons! 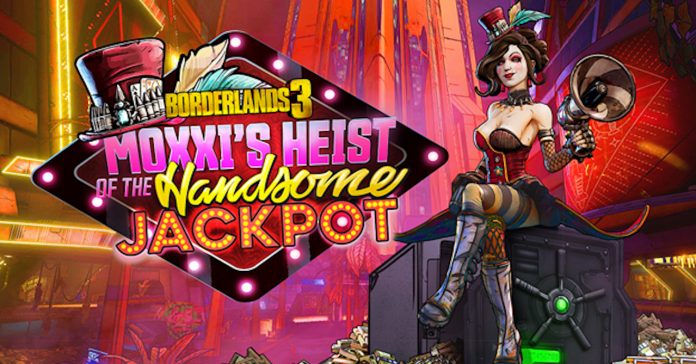 Are you ready, Vault Hunters? 2K Games recently reveled Moxxi’s Heist of the Handsome Jackpot, the first of four DLCs to Borderlands 3. This new campaign add-on will be released in Asia on December 20.

In this add-on, players will be tasked by Moxxi to “seize control of a derelict space station built by the infamous Handsome Jack.” Basically, players must take control of one of the biggest (and gaudiest) gambling spots in the galaxy. It won’t be easy though as the place is crawling with deadly bots and crazy looters.

Aside from new campaing missions, this DLC will also come with a slew of other content, including:

‘The Handsome Jackpot’ is made for players who are Level 13 and above, so make sure you are leveled up sufficiently before taking on this campaign. If you’re character is already at a high level, don’t worry as enemies will scale up in difficulty for higher-level Vault Hunters.

Moxxi’s Heist of the Handsome Jackpot releases on December 20, 2019, and it will be available for users with a Season Pass or for players with a Super Deluxe Edition of Borderlands 3. It will also be available as a stand-alone DLC. For more info on the game’s first expansion, click here.