A movie we defintiely recommend, even for non-racing fans! 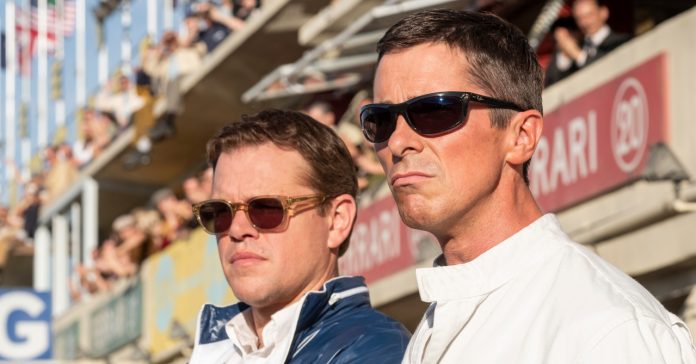 The movie is based on a true story that was compressed in 2 hours and 33 minutes, its first half is quite slow, but it did a great job in establishing the backstory of the main characters. I’m thankful that they did that, since we were able to appreciate the character development, especially in Ken Miles.

Its runtime may be a bit on the lengthy, but you won’t get bored as there are tons of exciting scenes. From Shelby’s winning moment in 24 Hours Le Mans, to his unwanted retirement in competitive racing, to Ford’s merging attempt with Ferrari, the movie was filled with gripping moments that can be appreciated even by viewers who aren’t exactly fans of motor racing.

In Ford’s failed attempt to acquire the leading sports race car brand, Ferrari, they sought out Carroll Shelby, an American racer who was able to won 24 Hours Le Mans in 1959. Shelby with Miles, worked alongside each other to build the world’s fastest car that would beat the dominant prancing horse. Christian Bale’s portrayal of the brilliant race legend Miles is just astounding, what really amazed me was not just his phenomenal acting skills but also his chemistry with Matt Damon. These two actors are just exciting to watch, they were able to deliver the solid and genuine friendship between Shelby & Miles.

The cinematography of this movie is stunning, well-angled shots, vibrant colors, and the visuals are refreshing. It’s a nice break from all the CGI-heavy & 3D movies. I would say that this movie has a classic vibe in it, not because its setting is in 1960’s but because of the formula that you’ll see in every classic films. James Mangold has done an amazing job with this film, it’s entertaining even for people who’s not into sports or cars. I didn’t enjoy the sounds though, the sound of the engines are just too loud and a bit annoying, but I guess it’s their way of making you feel like you’re part of the movie, that you’re really there. But again, that’s just me; car-nuts who love the sound of roaring engines should be pleased.

Ford v Ferrari, gives out a familiar sports-drama movie vibe that has lots of elements. It’s hilarious, thrilling, and it will tug your hearts with its inspiring quotes that will leave you motivated. The 24 Hours Le Mans race scene was really exhilarating! You will only be needing half of your chair since you’ll be at the edge of your seat!

Is this movie worth to watch? Yes! Totally worth every buck! At the end of the movie, I found myself researching about the main characters and even the 24 Hours Le Mans list of winners, wanting for more details.

So what are you waiting for? Buckle up, start your engines, and watch Ford v Ferrari! In cinemas today, Nov. 13, 2019.