Of the four, only one champion will be crowned! 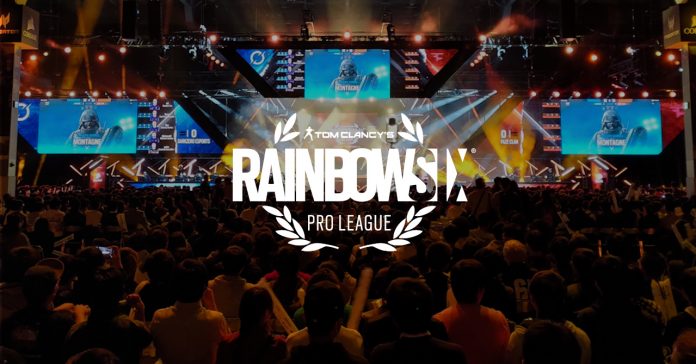 Day 1 of the Rainbow Six Pro League Season 10 Finals has finished, and now only four teams remain. The first day was a heartbreaker for Latin American fans as both LATAM teams, FaZe Clan and Ninjas in Pyjamas were not able to move on to the semifinals. On the flipside, North America was the big winner as both NA teams guaranteed themselves a top-four finish.

Here are the results of the Pro League Season 10 Finals:

Day 1 kicked off with the match between DarkZero Esports and FaZe Clan, with DarkZero looking fairly in control throughout the series to win 2-0.

The next series between Na’Vi and Wildcard Gaming was a much closer affair. Wildcard Gaming opened the series with a 7-4 win on Game 1 in Kafe, though Na’Vi bounced back with a dominant 7-1 win in Game 2 on Coastline. The 3rd and final game on Clubhouse was a nail-biter, with the game going the full 15 rounds. In the end though, it was Na’Vi that won the game and the series, 2-1.

Following the Na’Vi series was an even closer (and much longer) match, this time between Aerowolf and Giants Gaming. The two teams proved to be evenly matched as Games 1 and 2 went into overtime, with the winners being Giants and Aerowolf respectively. On the 3rd and final game in Coastline, Aerowolf came out on top 7-5 to guarantee the Singaporean team a Semifinals spot.

The last game of the day was Ninjas in Pyjamas vs Team Reciprocity. The match was a fairly quick series as Reciprocity took a 2-0 win. Reciprocity’s win doesn’t come as much of a surprise though, given that two NiP players, João “Kamikaze” Gomes and Julio “Julio” Giacomelli were not able to play in the Finals event due to Visa issues. This meant that NiP played with two stand-ins, Álvaro “baroz” Valero and David “p0Lo” Gómez Urrea, two players that while good, could not speak in the NiP squad’s native Brazilian Portuguese.

For today, the Semifinals and Grand Final is set to take place, with DarkZero facing off against Aerowolf at 10AM, while Na’Vi will go up versus Team Reciprocity at 1PM. The winners of the two semis will then meet in the best-of-five Grand Final happening at 4:40PM (all times in Japan Standard Time). Before the Grand Final though, Ubisoft will take to the stage to reveal the next Rainbow Six Siege operation.

Day 2 of the Rainbow Six Pro League Season 10 Finals is happening today at the Aichi Sky Expo in Tokoname, Japan. You can watch the games live at twitch.tv/rainbow6.