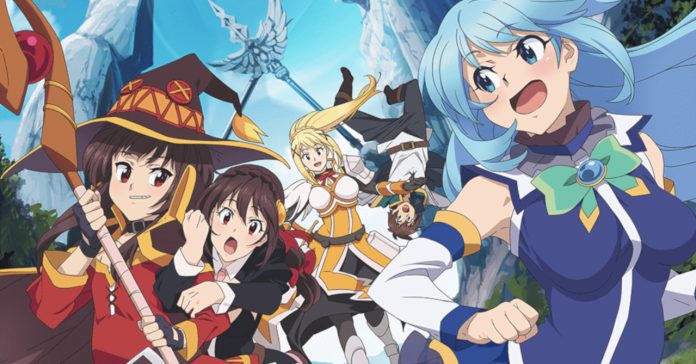 For any fan of films, Pulp Fiction is a definite must-watch, and it’s status as a cinema classic is thanks in large part to its script that was penned by director Quentin Tarantino and Roger Avary. Given their experience (and the Academy Award the duo won for the script) when one of these guys praise a movie, it’s a big deal.

So it was with great surprise when we found out that Roger Avary watched and praised the new KonoSuba movie, KonoSuba: The Legend of Crimson, even going as far as to rate the film five stars on Letterboxd!

Easily one of the best experiences in a cinema I’ve ever had. I would go as far as saying it’s the reason cinema was invented.

Twitter user Protokahn was the first to notice Avary’s KonoSuba rating. While it didn’t seem real at first, Avary himself replied to the tweet to confirm that he indeed watched the film, saying that the movie is “Easily one of the best experiences in a cinema I’ve ever had. I would go as far as saying it’s the reason cinema was invented.”

While we haven’t seen the film yet, we’re inclined to believe Avary’s thoughts on the film, and that’s not just because he’s an Academy Award-winning writer. It’s because we do believe that the KonoSuba anime series has incredible comedic writing. Sure the series may seem like your standard comedy anime at first, but when you watch it, you’ll be impressed by how well thought of everything is; be it the characters, the world, and the insanely funny gags.

In case you’re unfamiliar, KonoSuba: The Legend of Crimson is the first film in the franchise, and it’s set after season 2 of the anime series. The film (and the anime series) is based on the light novel series of the same name, with the series itself being a comedy isekai.

The KonoSuba movie was released in Japan last August 30, 2019. There’s no word yet on a PH release for the movie.

- Advertisement -
Previous article
Frozen 2 Movie Review | Disney thrusts Anna, Elsa and the Rest of the Gang Into the Unknown
Next article
Here are the nominees for The Game Awards 2019