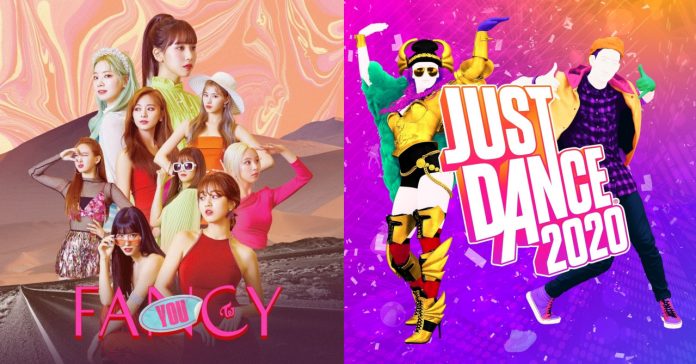 Alright folks, we have a confession to make. We here at UnGeek LOVE K-Pop, with our favorite group being none other than TWICE. Now, if you’re like us and can’t get enough of this amazing girl group, then you better get Just Dance 2020 when it releases tomorrow as the game’s lineup includes TWICE’s song, Fancy!

Having Fancy in Just Dance 2020 is great news for me personally, given that it’s easily one of my favorite songs from TWICE. Not to mention that I’ll finally be able to make use of all my time dancing Fancy’s while watching the official music video (don’t judge).

Aside from Fancy, Just Dance 2020 will also have other massive K-pop hits such as BlackPink’s Kill This Love and 2NE1’s I Am The Best, as well as a wealth of other tracks, including:

Just Dance 2020 will be released tomorrow, November 5 on the PS4, Xbox One, Switch, and even the Wii. The game will also release on Google Stadia on November 19.

- Advertisement -
Previous articleWorlds 2019 Finals: G2 VS FPX
Next articleSamsung partners with Google and other Android Developers for a seamless ‘Galaxy Fold’ experience