We are LOVING these Death Stranding collab artworks 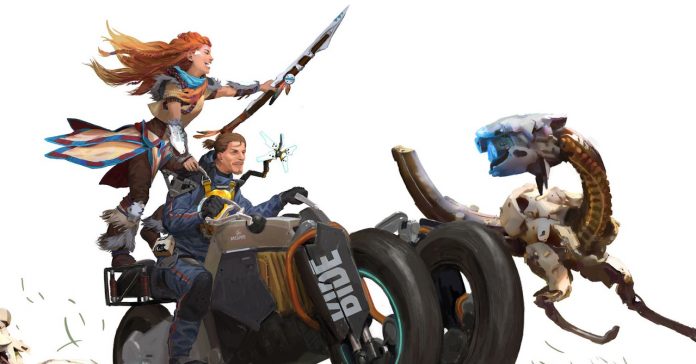 Death Stranding is out now on the PS4, and it’s not only Kojima Productions that is celebrating the launch. In fact, various first-party PlayStation studios are cheering on KojiPro, and not just through words. Recently, a number of PS studios have released awesome collab artworks featuring Death Stranding.

On a journey to reconnect the world!

Congratulations to our friends at @KojiPro2015_EN on the release of Death Stranding! We’re proud of the strong connection between our studios, and we’re happy to have played a small part in the development of such a beautiful game. pic.twitter.com/ZuhrITnboT

Up first is Guerilla Games with an awesome art of Sam and Aloy (Horizon Zero Dawn) riding a Reverse Trike alongside Watchers. Not only is this art incredibly good, it’s also a celebration of the collaboration between KojiPro and Guerilla; after all, Guerilla Games helped out a lot in Death Stranding’s development. The studios even share the development of the Decima engine.

Congratulations to @HIDEO_KOJIMA_EN and the incredible team at @KojiPro2015_EN on the launch of #DeathStranding today!

Fragile: That one will get you in trouble around here…
Freya: Quiet, head!

Congratulations again @HIDEO_KOJIMA_EN & the incredible team @KojiPro2015_EN on the launch of #DeathStranding today!

Next are two cute artworks from God of War developer, Santa Monica Studio. The first features Sam and Kratos, with Kratos having a BB unit of his own, though inside is his son, Atreus. The next has Fragile and Freya, with Mimir also making an appearance.

On a delivery run to help reconnect this world.

Bend Studio is also getting in on the fun, releasing an artwork of Sam and Deacon (Days Gone) who are both riding their signature bikes. In this piece, Deacon’s bike is outfitted with a BB tank, a collab item that also appears in Days Gone with the game’s latest update.

Congratulations to @HIDEO_KOJIMA_EN and the entire team at @KojiPro2015_EN on the launch of #DeathStranding today!

If BB needs any extra protection, you have our sword. 🗡 pic.twitter.com/YYT82h52G9

Finally, we have Sucker Punch Productions with art of BB holding a tiny katana, in reference to the studio’s upcoming game Ghost of Tsushima.

While the art itself is great, the tweet exchange between the studios is even better:

Death Stranding is out now on the PlayStation 4. The game will be released on PC in Summer 2020.

Still on the fence regarding the game? Here’s our full review to see if the game is for you: