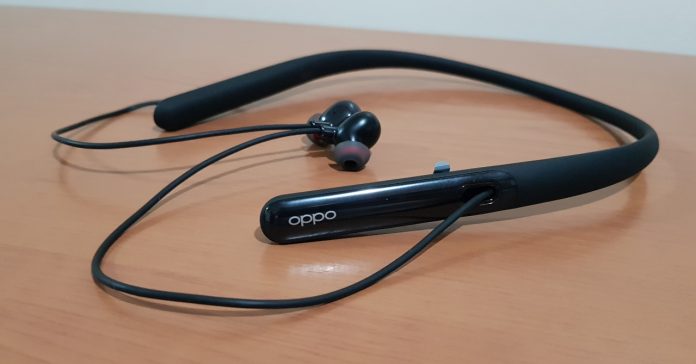 Right now, OPPO is one of the world’s biggest smartphone manufacturers, but did you know that the company didn’t start out making phones? Instead, OPPO started off as an audio/video equipment company, creating Blu-ray disc players as well as audiophile-grade headphones and amplifiers.

Because of its history in audio equipment, I was excited to try out OPPO’s new pair of earbuds that recently released in the Philippines, the OPPO Enco Q1. Sure, it may not be one a trendy “true-wireless” pair of earbuds, but it does promise excellent sound quality, long battery life, and active noise cancellation. 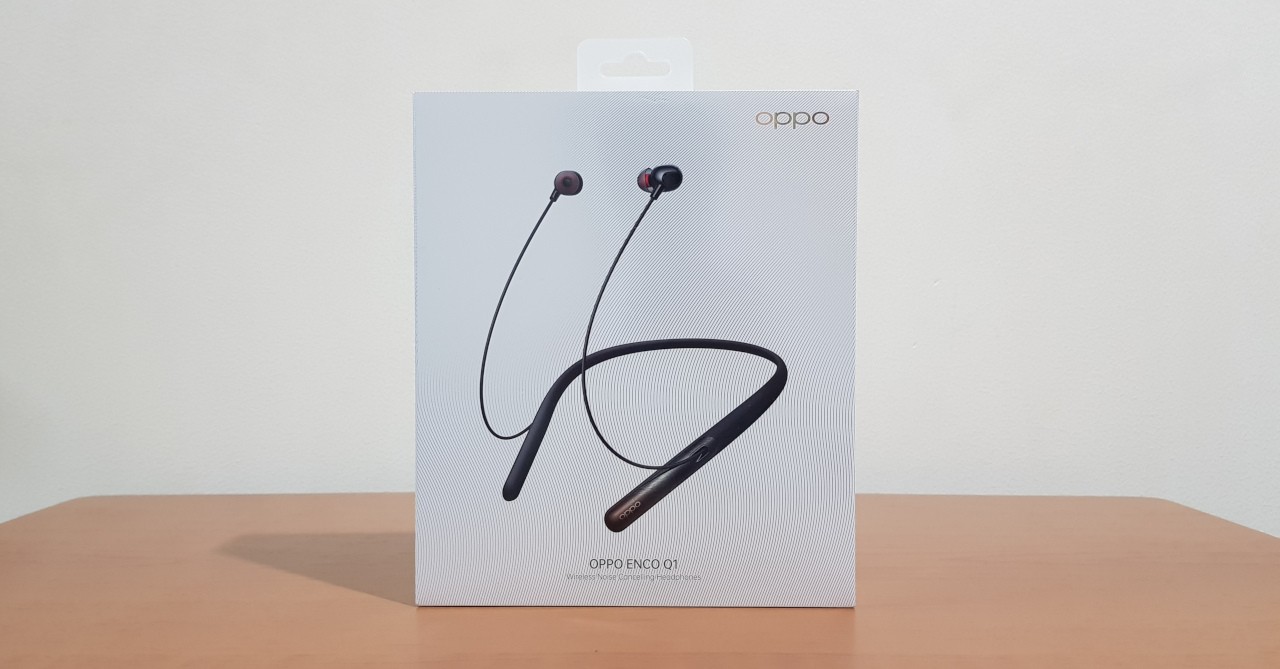 So does the OPPO Enco Q1 fit the bill for your audio needs? We find out here in our full review! 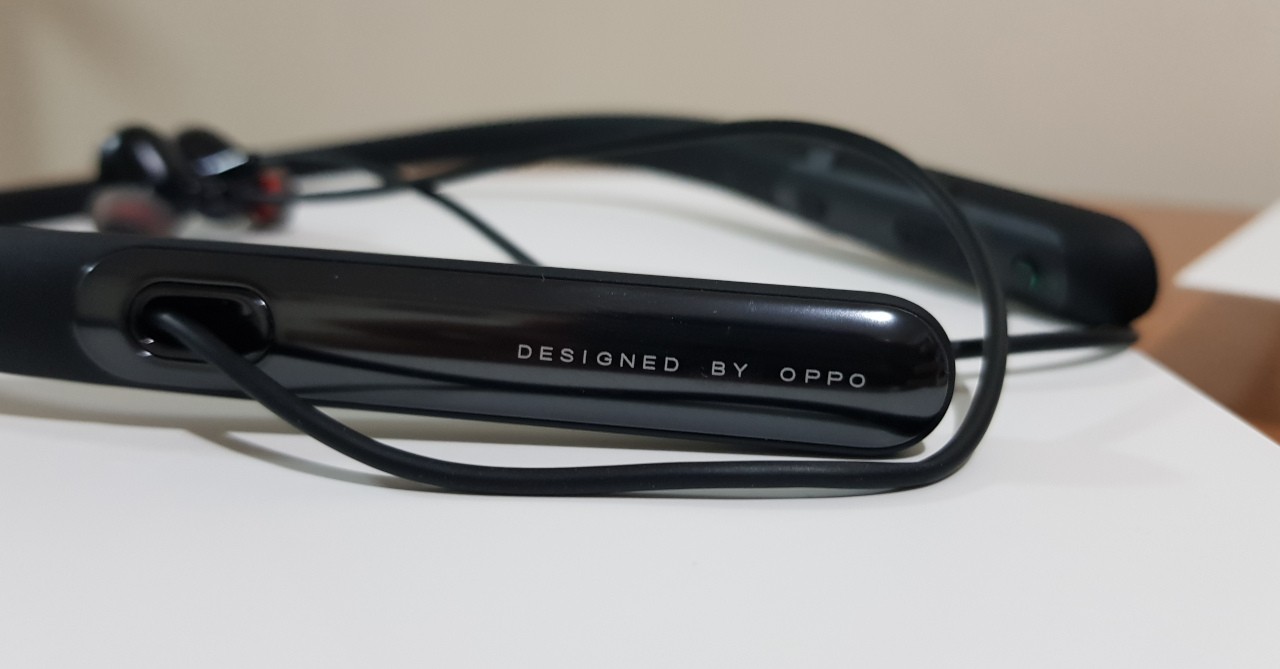 The OPPO Enco Q1 features a standard wireless earphone design, complete with a neckband to keep the earphones in place. Design-wise, the Enco Q1 is an understated pair of earphones, especially in the black colorway; though there is a nice pop of red in the eartips. If you’re like me, you’ll definitely like the Enco Q1’s subtle design; if not, the headphones are available in brighter colors such as Silver White and Sunset Orange. 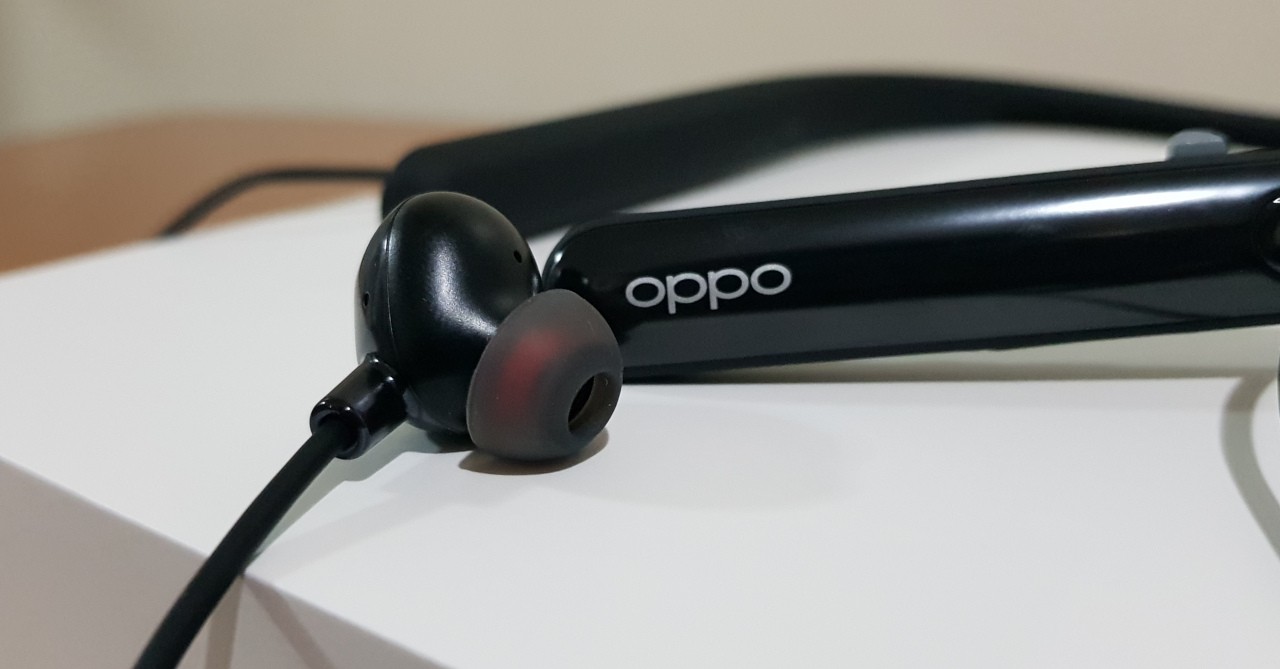 Fit-wise, the Enco Q1’s neckband is light and comfortable, so much so that I forgot I was wearing it at times. As for the eartips, the Enco Q1’s tips are shallower than standard IEMs, meaning this is a good option for users who find standard in-ear tips to be uncomfortable. 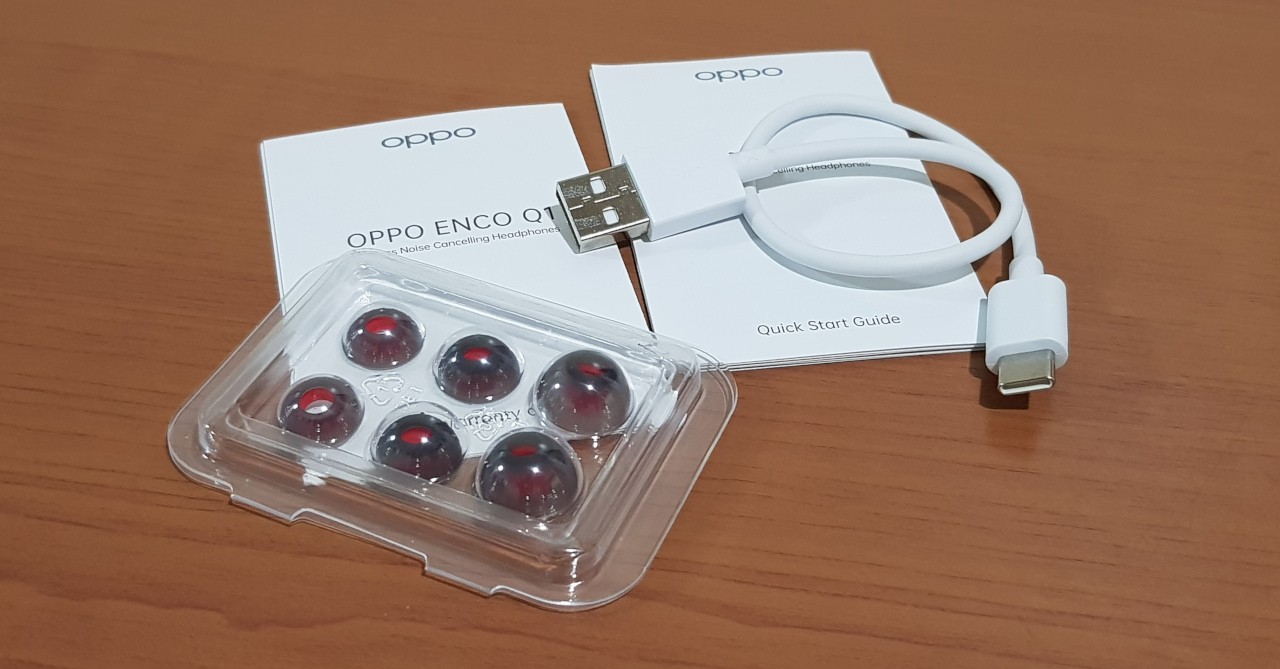 Given the shorter eartips, it’s key to find the perfect fit so you can still get a good seal. Fortunately, the Enco Q1 comes with eight pairs of eartips in total, meaning you’ll probably find eartips that fit you perfectly. Aside from the extra tips, a short Type-A to Type-C cable is included in the box for charging (no charger included in the box though). 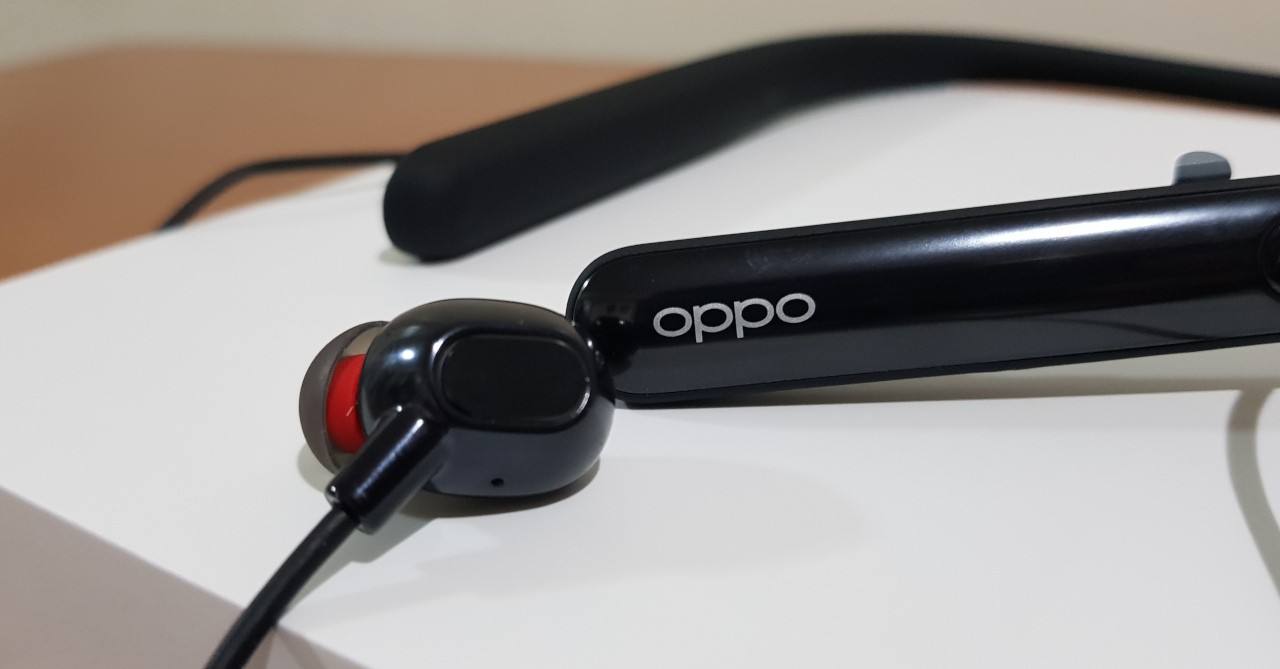 Now we move on to sound quality, arguably the most important aspect of any headphones. Generally, consumer earphones tend to be bass-heavy to the point of drowning out mids and highs. The Enco Q1 is also tuned for more bass, but it surprisingly doesn’t drown out vocals and instruments too much.

Sure, the quality isn’t exactly audiophile-grade, though overall it’s pretty good. If you listen to a lot of pop, hip-hop, R&B, or any bass-heavy music, you’ll probably like the Enco Q1. For rock or acoustic songs, the Enco Q1 is a tad too bassy for my liking, though it’s still clear and detailed enough for these genres. 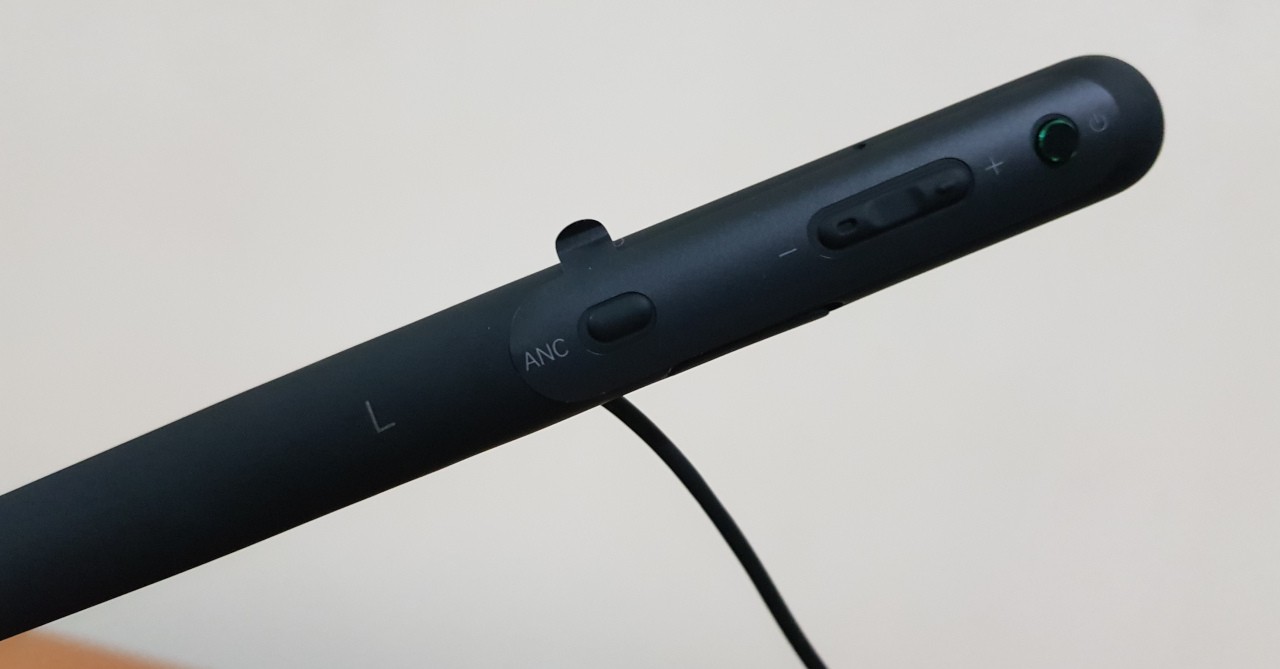 Sound quality is pretty good, but what impressed me the most with the Enco Q1 is the active noise cancellation. While it doesn’t cancel out noise as well as high-end earphones from Bose or Sony (you’ll still hear people talking around you, albeit quieter), the Enco Q1’s ANC works well enough to keep ambient noise to a minimum (such as a car’s engine or a fan’s hum). Considering its price point, the Enco Q1’s ANC is commendable.

The only real drawback when using ANC is that it adds a bit of an unnatural tinge to music. Though this shouldn’t be a problem for regular, non-audiophile users.

Aside from ANC, the Enco Q1 also has three different audio modes — Music, Cinema Surround, and Gaming Surround, which can be switched by pressing the ANC button twice. The Cinema and the Gaming mode add a surround sound effect, making them great options if you use the headphones for binge-watching or gaming. For me though, I preferred to keep the Enco Q1 to Music mode at all times as I found the surround sound to be a bit artificial. 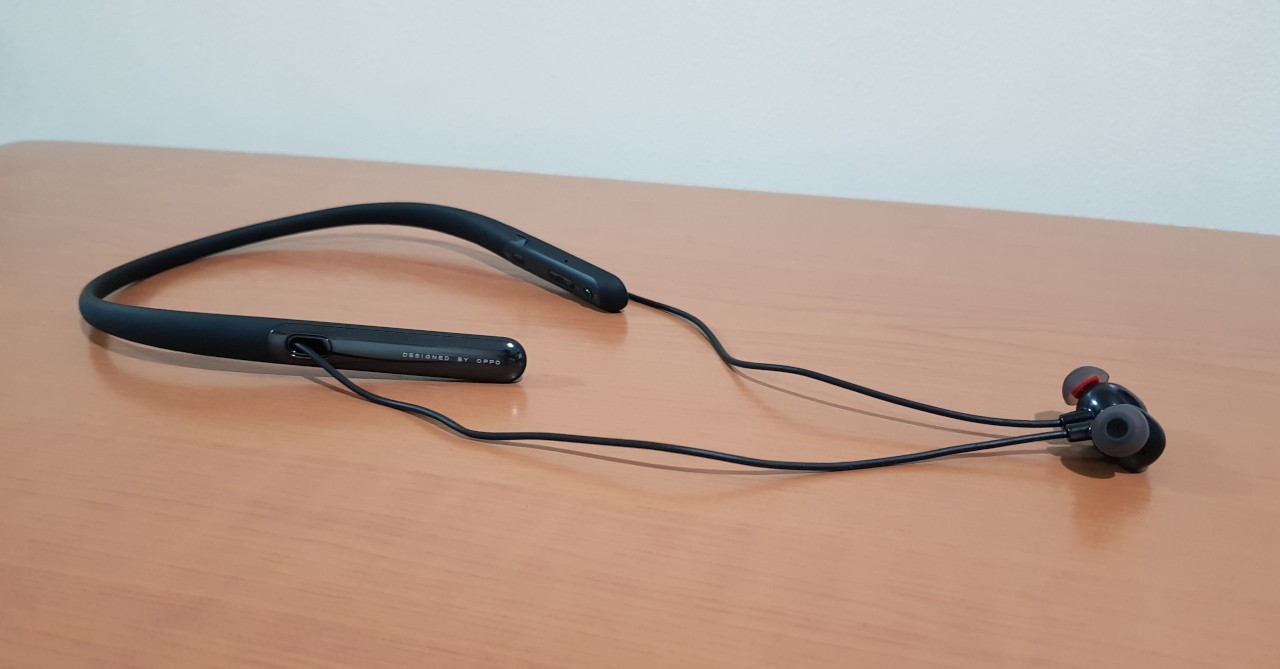 The advantage of having a neckband design instead of being true wireless (a la the AirPods) is that Enco Q1 has an impressive battery life. In my use, the earphones lasted for over 10 hours on a single charge with ANC, much better than other true wireless earbuds which have to be topped up after a couple of hours. Turning off ANC will result in even longer battery life, useful if you don’t really need noise cancellation. 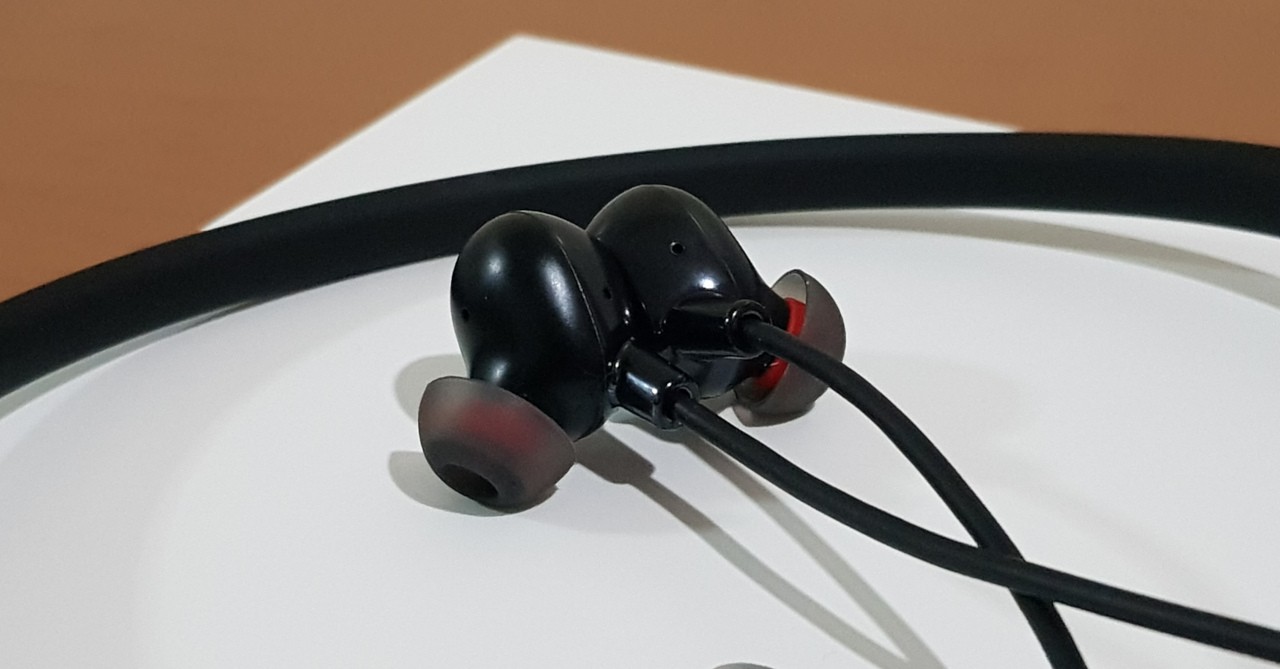 Another feature I liked about the Enco Q1 aside from its impressive battery life is connectivity. These earphones supports Bluetooth 5.0, meaning it can keep a connection with paired devices at a distance of up to 10 meters. Pairing the Enco Q1 with devices is also easy, especially compared to other Bluetooth devices which tend to be finicky. 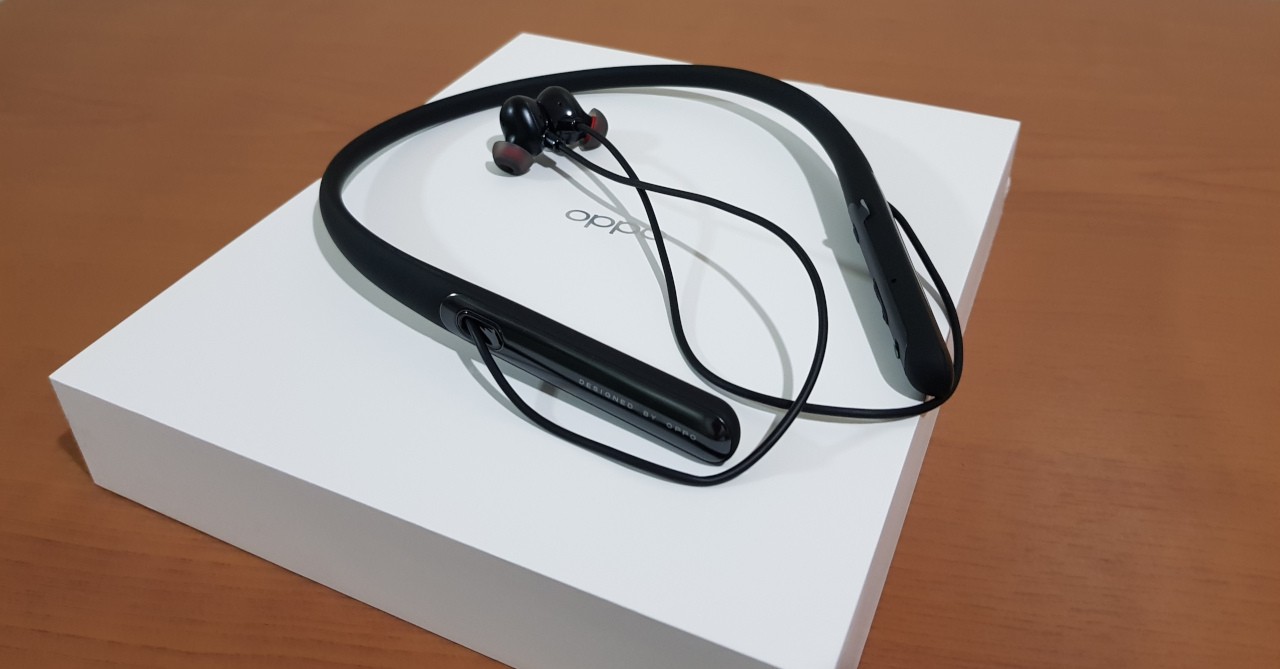 Overall, the OPPO Enco Q1 is an impressive pair of wireless earphones. While it’s sound signature is a bit bass-heavy, it doesn’t drown out other frequencies, making for a great listening experience that should satisfy most users.

What makes the Enco Q1 great though is its active noise cancellation that performs incredibly well for its price of PHP 4,999. Aside from ANC, the Enco Q1 also has great battery life, reliable connectivity, and a design that both looks good and feels comfortable.

If you’re on the lookout for a pair of earphones with ANC that won’t break the bank, the OPPO Enco Q1 might be the pair for you.

Geek Lifestyle Review: OPPO Enco Q1The OPPO Enco Q1 is a great pair of wireless earphones thanks to good sound quality, great battery life, and excellent connectivity. Though the main reason to get one is if you want a pair of earphons with active noise cancellation with a price tag that won't break the bank.