Naruto: Slugfest is a new Naruto mobile game, and pre-registration for the Beta is up now!

Slugfest is the first Naruto 3D MMORPG on mobile! 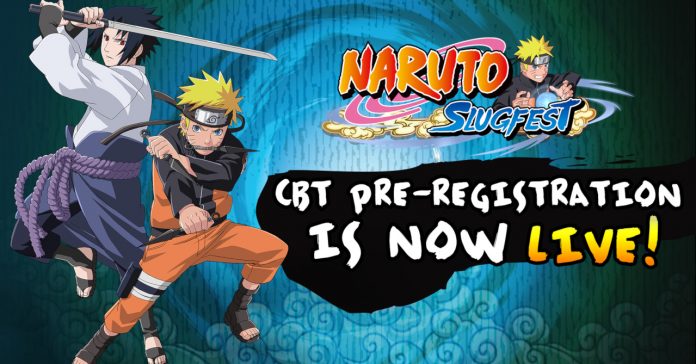 Calling all Naruto fans! There’s an upcoming game that you should definitely check out, and it’s Naruto: Slugfest, the first 3D Open World Action MMORPG from the beloved Naruto series on mobile.

While the game has yet to be released in the Philippines, the game will soon hold a Closed Beta Test (CBT) in the Philippines, as well as in Australia, Singapore, Malaysia, Indonesia, Thailand, and others. Interested in trying out  the game? Well, pre-registration for the Naruto: Slugfest’s CBT is now open!

In case you’re unfamiliar, Naruto: Slugfest is a 3D Action MMORPG for mobile that adapts Naruto: Shippuden (basically Part II of the Naruto anime/manga series). In Slugfest, players will not only get to experience the Shippuden story in game form, they’ll also be able to explore the various locations of the series. The game will also feature an extensive player customization feature, meaning different skills can be mixed an matched to fit each player’s preference.

Want to be one of the first to try out Naruto: Slugfest? Visit: www.narutoslugfestm.com

- Advertisement -
Previous article
Huawei unveils the FreeBuds 3, releases in PH this holiday season
Next article
Samsung’s new holiday promo gives you up to 40% discounts and freebies with select TVs