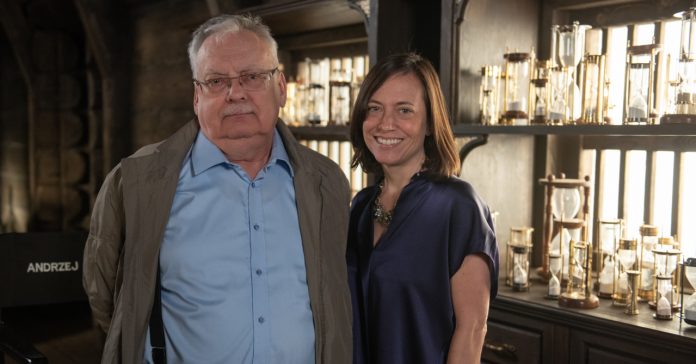 Andrzej Sapkowski, the author of one of the most beloved fantasy novels in Poland, and now a much-awaited Netflix TV Series The Witcher sat down in the set with its show runner Lauren Hissrich. Check out the 3-minute talk below:

The Witcher swings its sword this Friday, December 20.

About the Witcher (via Netflix):

Based on the best-selling fantasy series of books, THE WITCHER is an epic tale of fate and family. The story of the intertwined destinies of three individuals in the vast world of The Continent, where humans, elves, witchers, gnomes, and monsters battle to survive and thrive, and where good and evil is not easily identified.