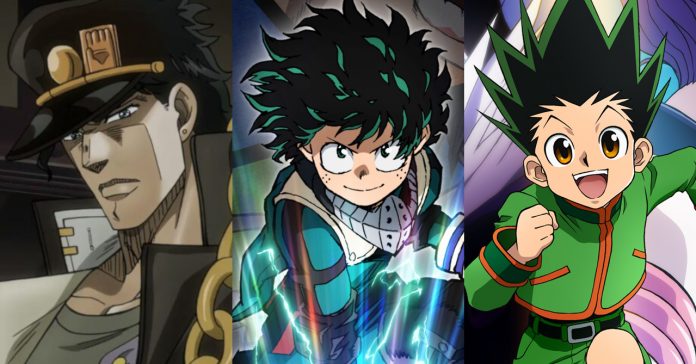 of wonderful series to watch, leaving watchers in awe and wanting for more. With all the great anime series that came out during the decade, it’s quite difficult to narrow down the ten absolute best; so we didn’t! Instead, the team here at UnGeek sat down and listed our favorite anime series. Of course, not all of our favorite shows matched, but by the end of our discussion, we were able to narrow down ten anime series that we agreed are decade-defining shows.

Quick disclaimer, if you don’t see your favorite show here, this list is not definitive, or an objective best anime series list. This is just our team’s 10 favorite shows.

So without further ado, here are our 10 favorite anime series of the decade (not in particular order): 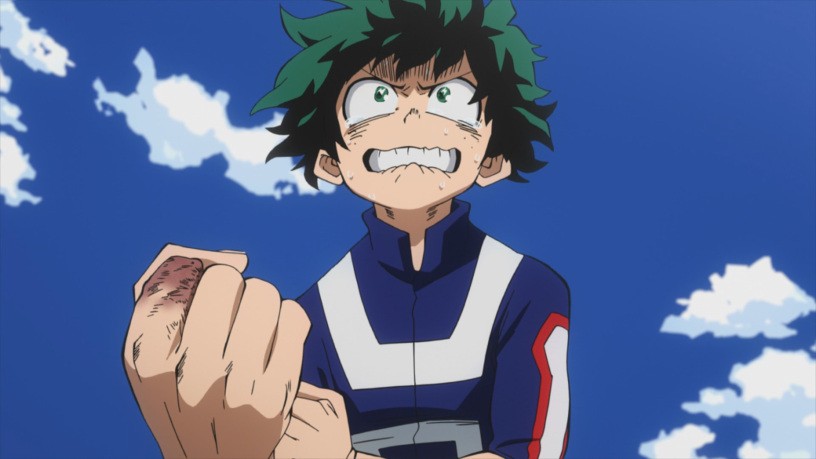 With its story of a world where people are born with unique abilities (or quirks) and where being a superhero is a profession, My Hero Academia isn’t exactly a unique or original anime series. What it is though is an incredibly well-executed shonen series with great animation, lovable characters, and an incredibly engaging story. In fact, we consider it as this decade’s defining shonen anime, and we’re happy that it will continue on to the next decade.

It’s not just us though, My Hero Academia also took people all over the world by storm. In fact, in almost every anime expo you go, you will no doubt see a group BNHA cosplayers. 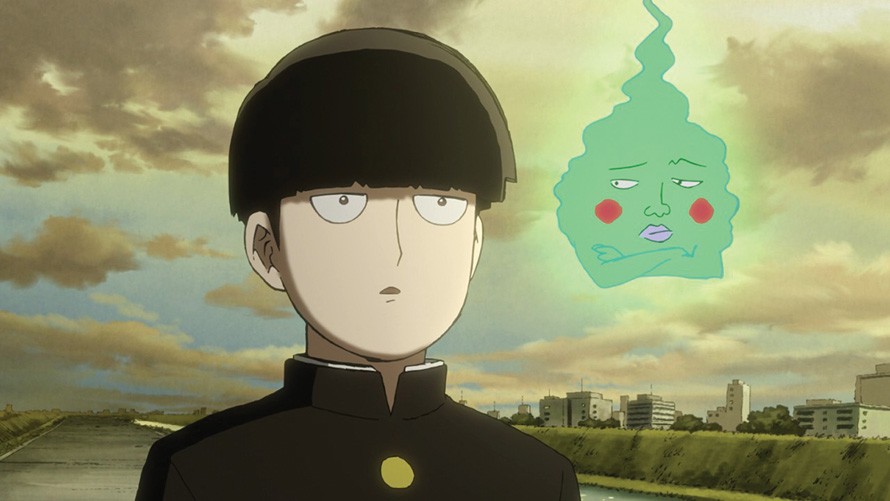 From the creator of One Punch Man comes a story of what seems to be normal middle school boy named Shigeo Kageyama who possesses zero presence among the crowds, earning him the nickname Mob. But actually, he is a powerful esper that is so powerful that he always keeps his emotions in check so he won’t lost control of the tremendous psychic ability he possesses.

One Punch Man would have made it to the list, but instead Mob Psycho 100 takes the spot for not only featuring the same kind of humor and genre subversion, but also its top-notch animation and compelling character art for the main character (Mob) as well as the memorable supporting cast. 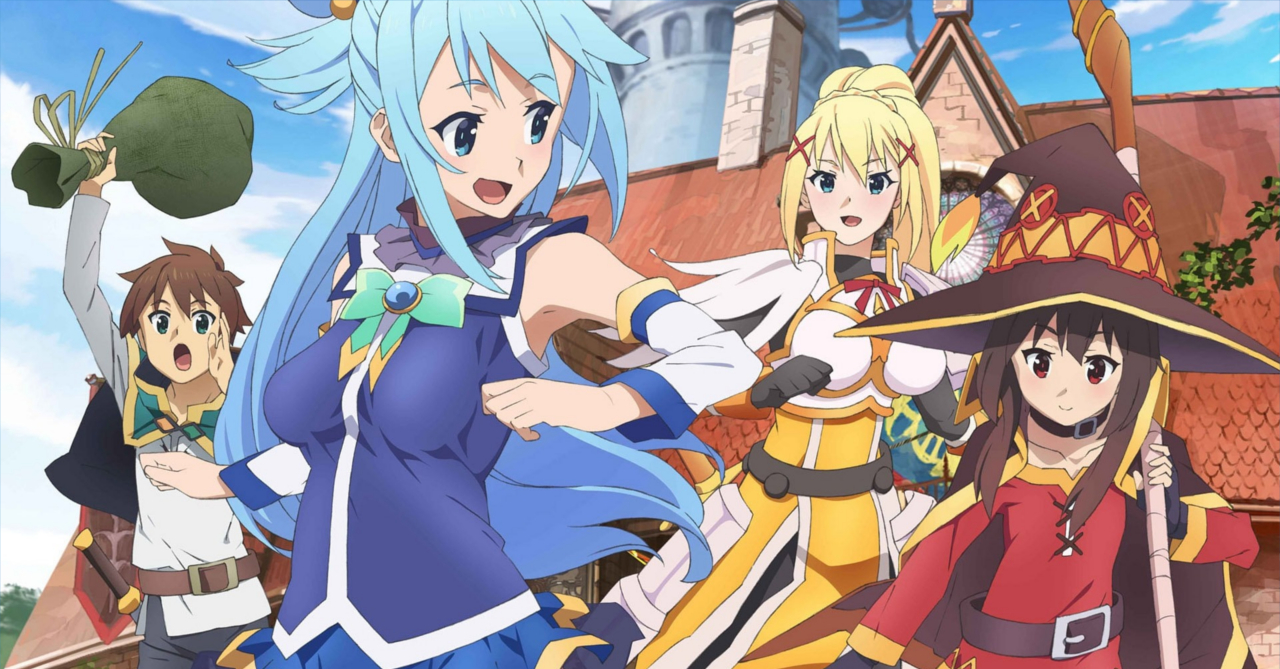 We’ll be honest, we kinda got tired of isekai animes, especially since there are just so many of them. Sure, they’re entertaining, but the premise did get old for us; that was until we watched KonoSuba.

KonoSuba (or Kono Subarashii Sekai ni Shukufuku wo!) may seem like a standard isekai series at first, but don’t be fooled, it’s a more subversive take on the genre that’s absolutely hilarious. All of us who watched it had similar stories of tearing up from laughing so hard at the anime’s funny gags. While it’s a series that pokes fun at the isekai genre, it’s not just a parody as its story and lore is actually interesting. Though for us, the highlight of the series is no doubt the lovable (and very stupid) main cast. 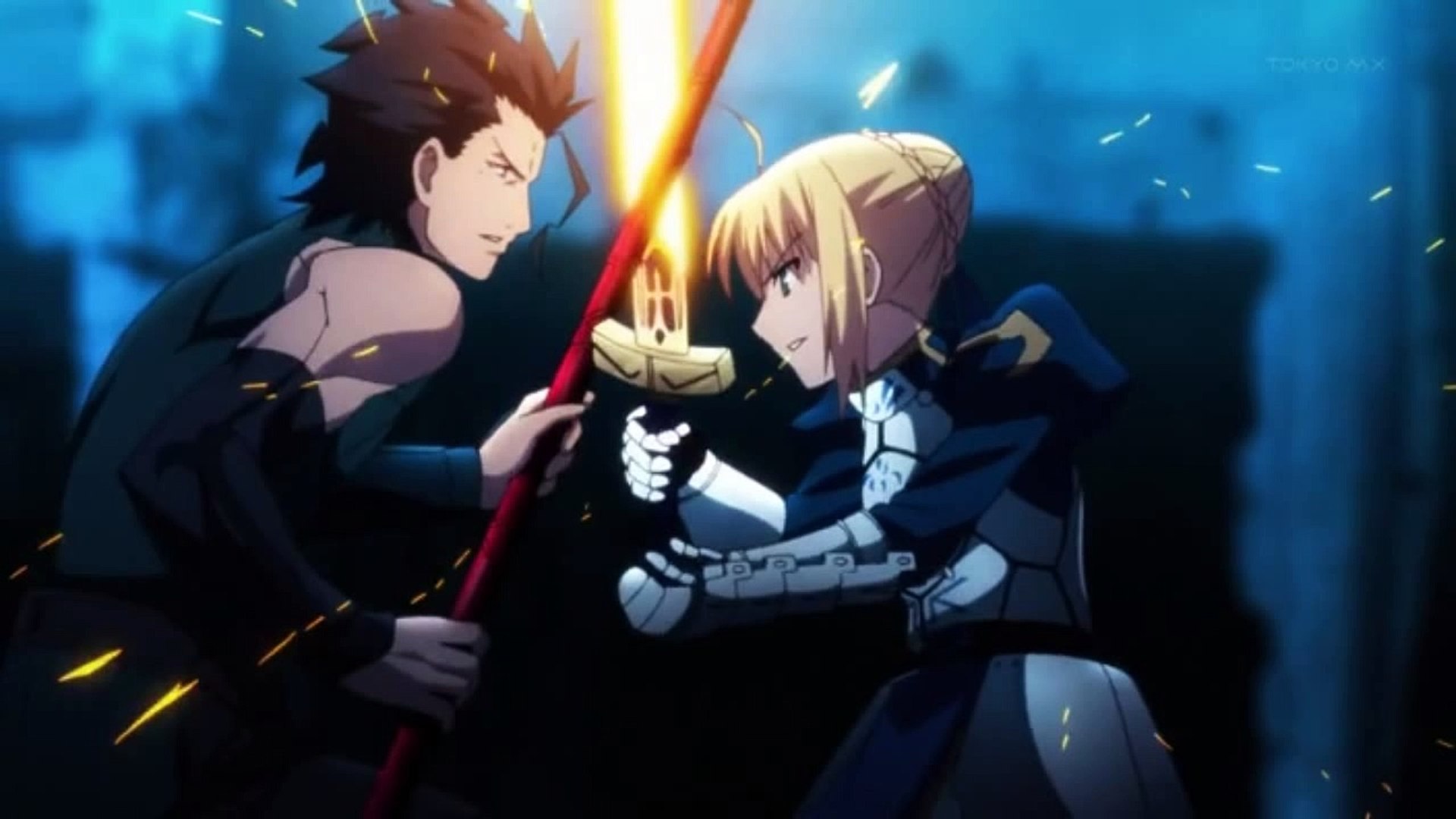 Maybe many people will argue which of the Fate series is more superior to another, but for us, Fate/Zero is perhaps the best Fate story. Written by Gen Urobuchi (writer of Madoka Magica and Psycho-Pass), Fate/Zero is a dark fantasy anime that, for us, is the best representation of the danger and the stakes of a “Holy Grail War.” While others may prefer the slightly lighter “Fate/Stay Night Unlimited Blade Works series,” our favorite Fate anime is still Zero, especially considering the story’s ramifications on the rest of the F/SN storyline. 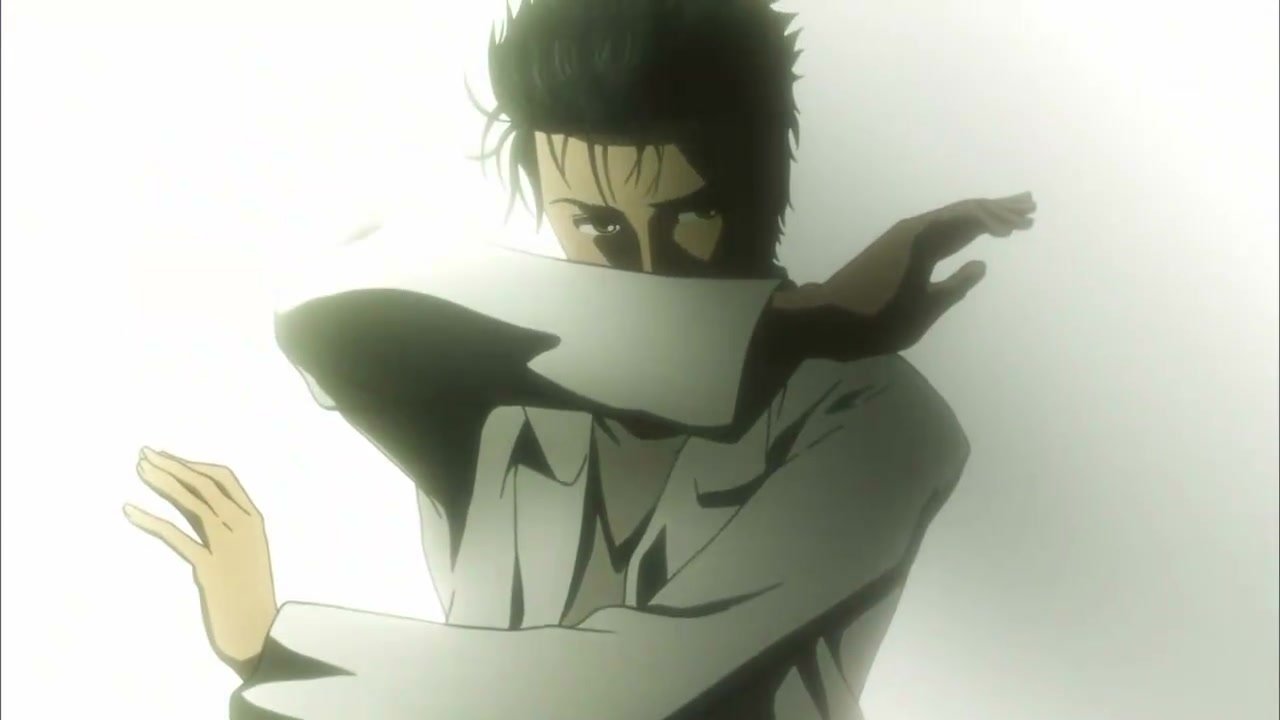 From the game with the same title developed by 5pb and Nitroplus comes a story of the Mad Scientist Okabe Rintarou. who discovers time travel or specifically, sending messages through time. But everyone knows when you mess with time, things might go off the rails and tragedy will come. That’s exactly what happens in Steins;Gate. While the series does start of a bit slowly, once it ramps up, boy does it become a compelling watch! Thanks to the interesting sci-fi story, tense moments, and a helping of drama, Steins;Gate is definitely deserving of the praise that anime fans have heaped upon it ever since its airing back in 2011. 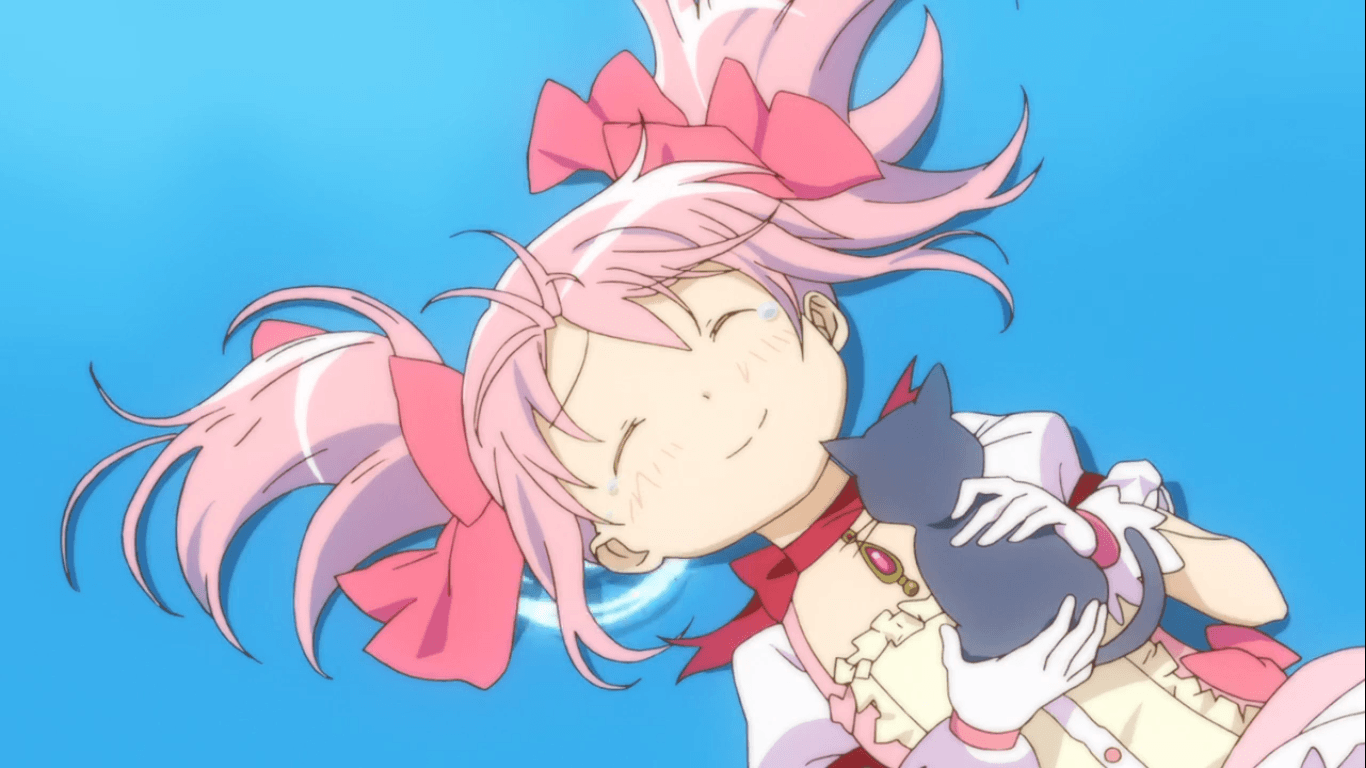 If you think Puella Magi Madoka Magica is just another magical girl anime, you are very wrong. Madoka Magica is written by Gen Urobuchi, a writer known for dark and twisted series, so expect ‘Madoka’ to not be a “rainbows and sunshine anime.”

If you have yet to watch it, we’ll keep our description at that. In spite of being an anime that’s only 11 episodes long, Madoka Magica is a series that you won’t forget anytime soon after viewing. Thanks to its memorable character design, fantastic music, and a story that subverts the magical girl genre tropes, Madoka Magica easily stands as one of this decade’s must-watch anime. 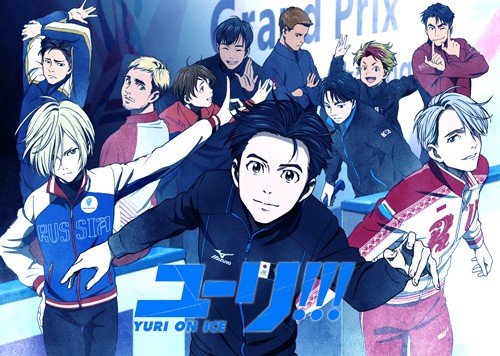 Yuri on Ice is an anime about figure skating featuring a cast of almost all men, so it might seem like another “yaoi” series at first. Make no mistake though, Yuri on Ice is an entertaining and memorable anime that’s a love letter to figure skating. Even if you’re not a fan of “yaoi” anime, we recommend giving this a watch as the relationship between main characters Yuri and Victor aren’t just there for fanservice. 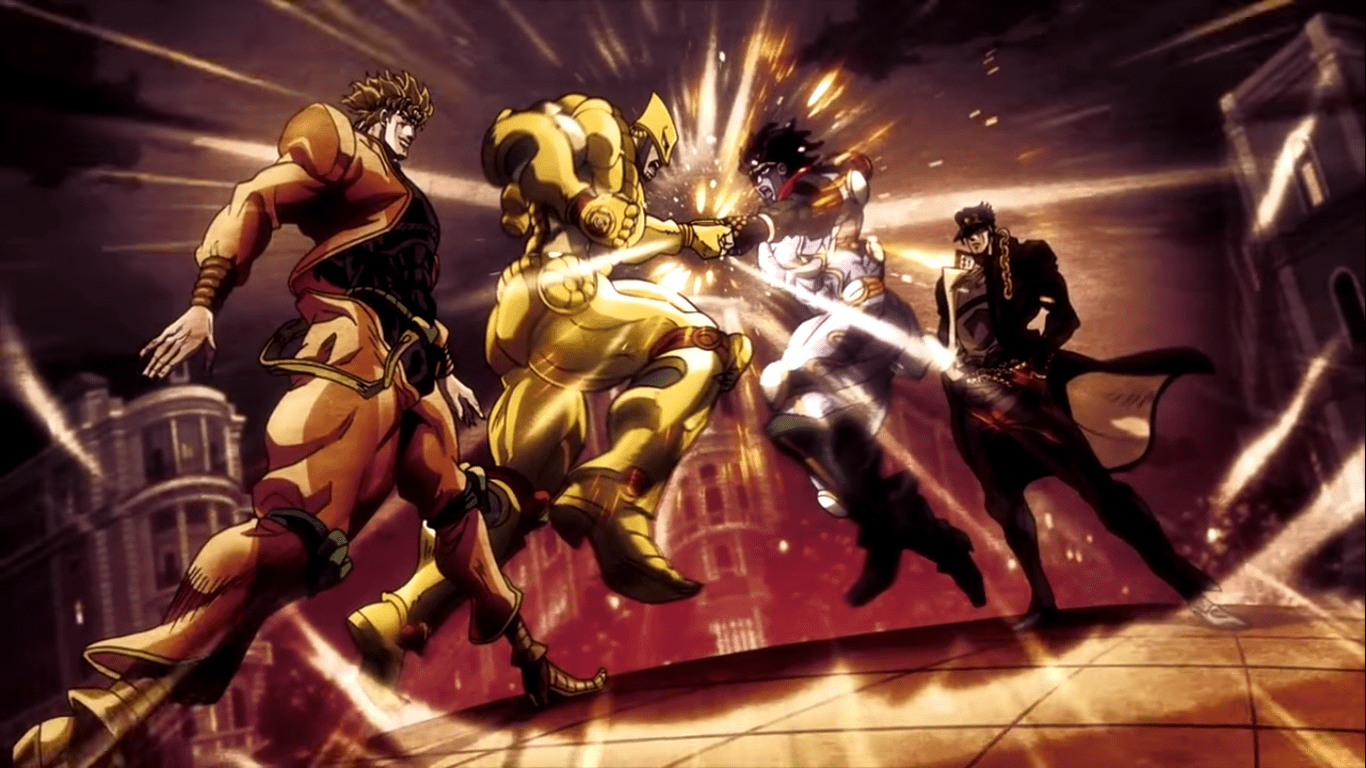 It was a bit hard to narrow down which part of JoJo to put in our list, but in the end, Stardust Crusaders is still the most entertaining (for us at least). There’s also the fact that Part 3 is easily the most iconic thanks to its funny and flamboyant main cast of characters. 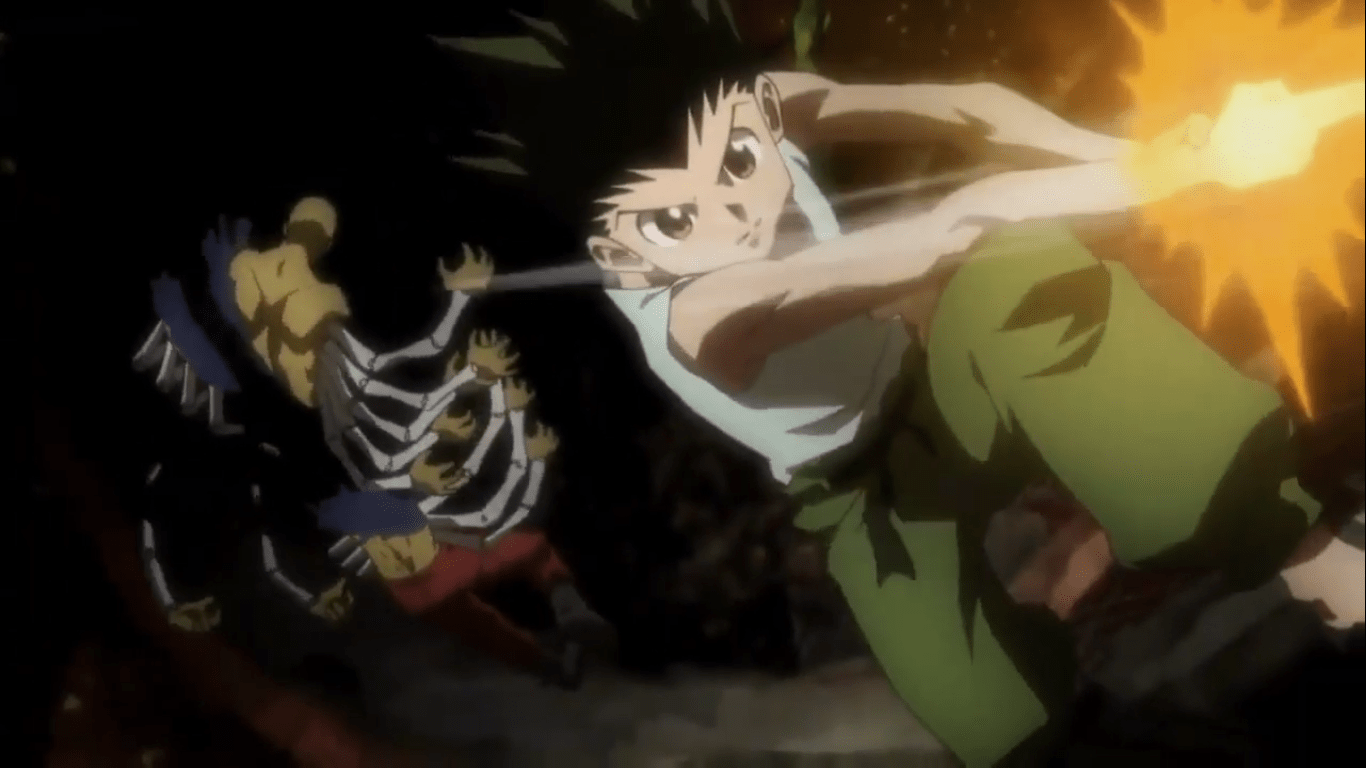 It might be funny to see Hunter x Hunter in our list given the series was first adapted into an anime show back in 1999. But given how great Madhouse did with the 2011 anime adaptation, we just had to include the newer Hunter x Hunter series.

Even though it’s not a new story, Hunter x Hunter’s world, lore, and characters still stand up today, even in the crowded shonen anime scene. Plus, the 2011 HxH adaptation is a more accurate adaptation of the source material, meaning it’s also satisfying to watch, even if you’ve read every chapter (so far) of the HxH manga. 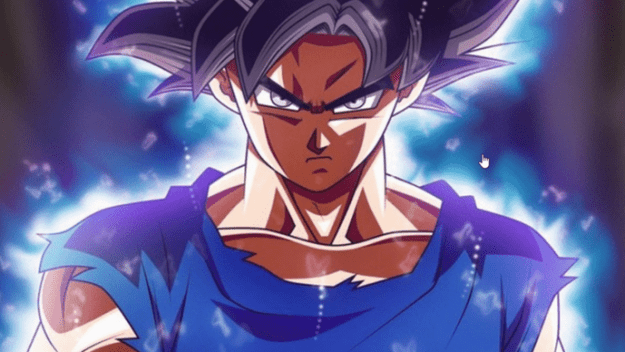 Dragonball and Dragonball Z are already classics, but Dragonball Super is more of a love-it-or-hate-it series among fans given issues such as drop in animation quality. In spite of this though, the highlights of DBS still makes it worthy to be part of our favorites anime list. Watching Dragon Ball Super’s great moments just made us feel like kids again. I mean, who can resist another story of Goku and the rest of the gang back together to fight another battle that will define the fate of the universe?