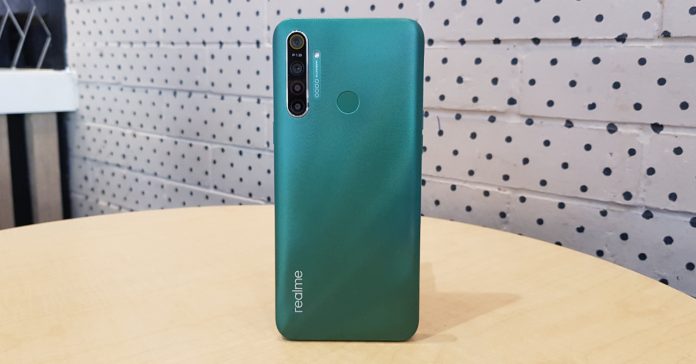 To kick off 2020, realme launched a new budget contender, the realme 5i. As the latest in the brand’s 5 series, the 5i packs a powerful mid-range processor, a quad camera setup, and a massive battery, all at a price point that’s easy on the wallet. 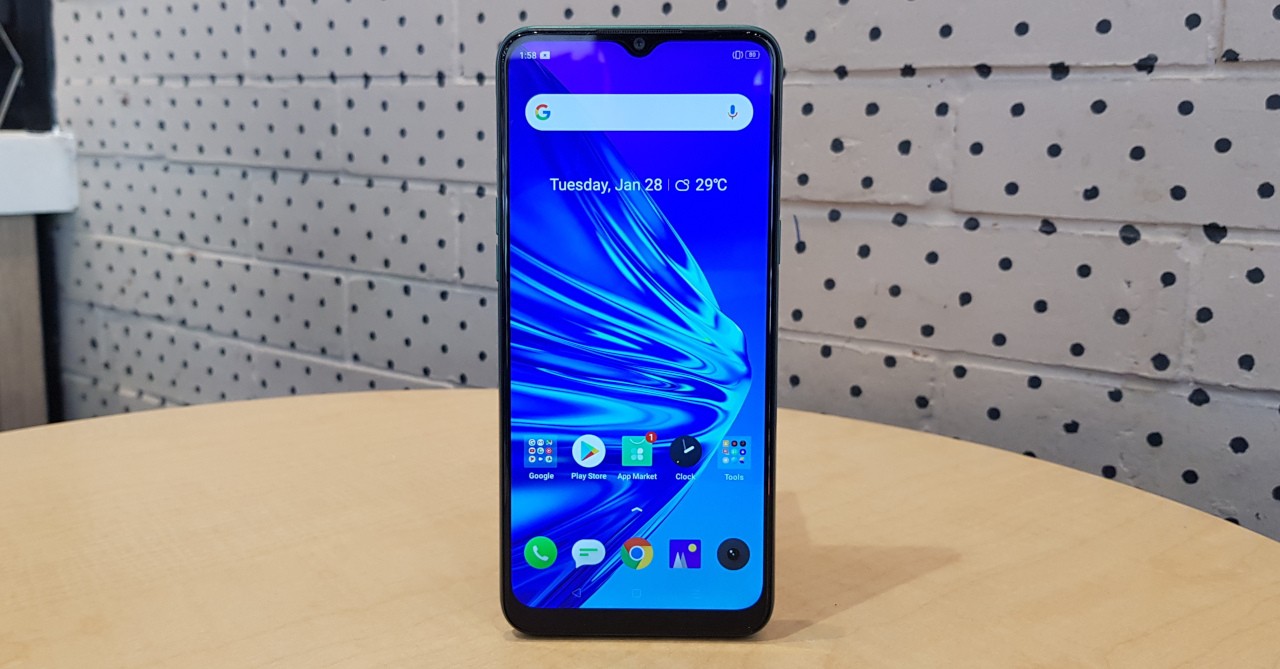 Last week, I got my hands on the realme 5i, and I was impressed in my initial time with it. Now almost a week later, I’ve been able to try out the realme 5i’s capabilities even more. So does the 5i live up to the its 5 series siblings (which we’ve praised in our reviews)? And is it a worthy contender in the incredibly competitive budget segment? Find out here in our full review of the realme 5i. 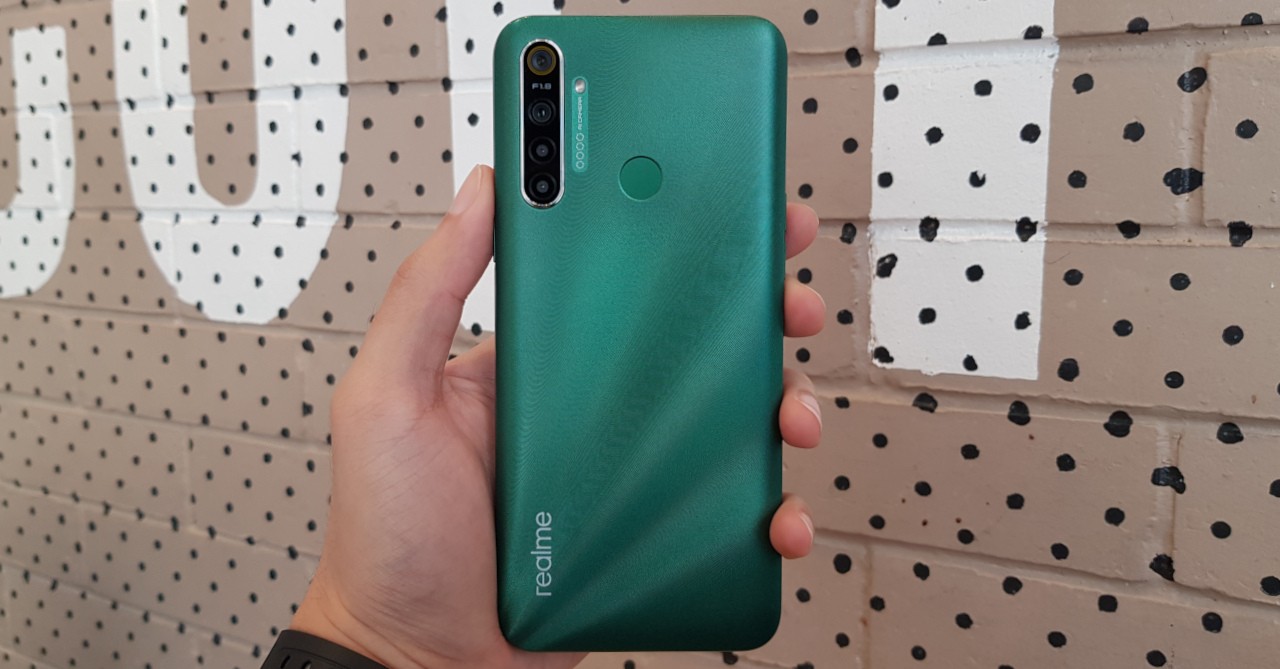 The matte finish of the relame 5i also helps it feel grippier; the phone most likely won’t slip out of a user’s hands in day-to-day use. While the matte finish makes it feel great in hand, the trade-off is that the phone doesn’t exactly feel premium as it is light and a bit plasticky. 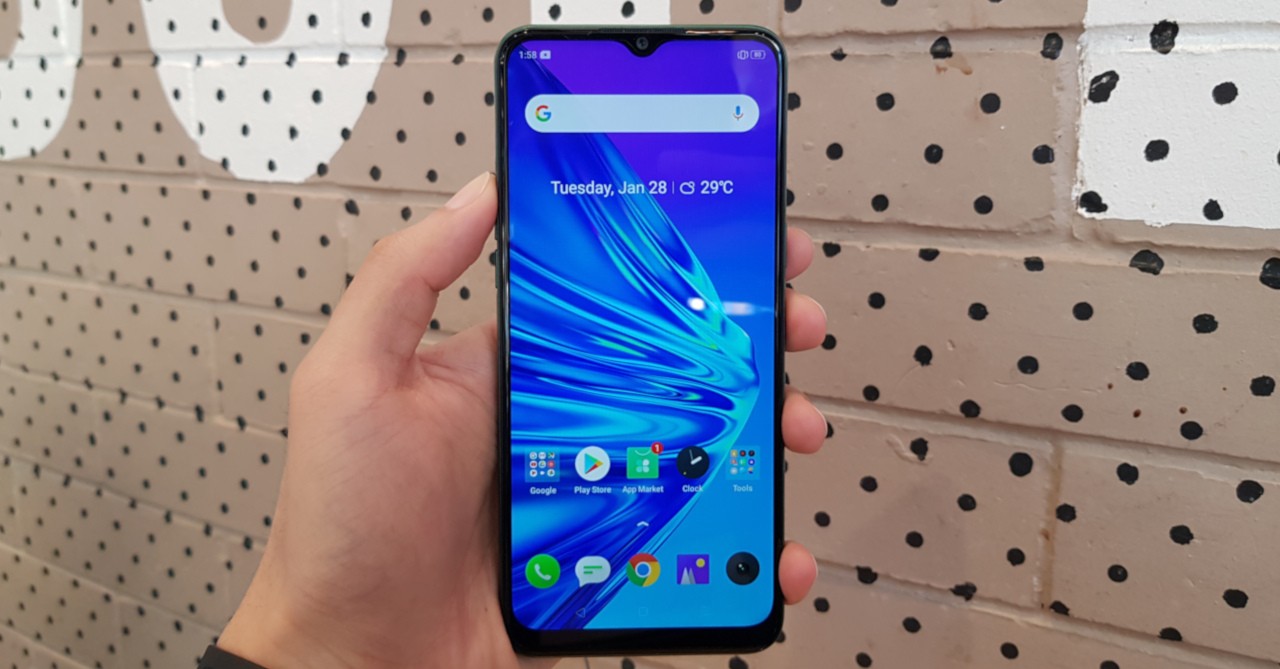 While it’s different from its fellow 5 series phones from the back, the 5i looks almost exactly like the realme 5 from the front, meaning it’s quite a large phone. The realme 5i’s 6.52-inch HD+ display has a teardrop notch and slim bezels, making it a fairly good-looking budget device. 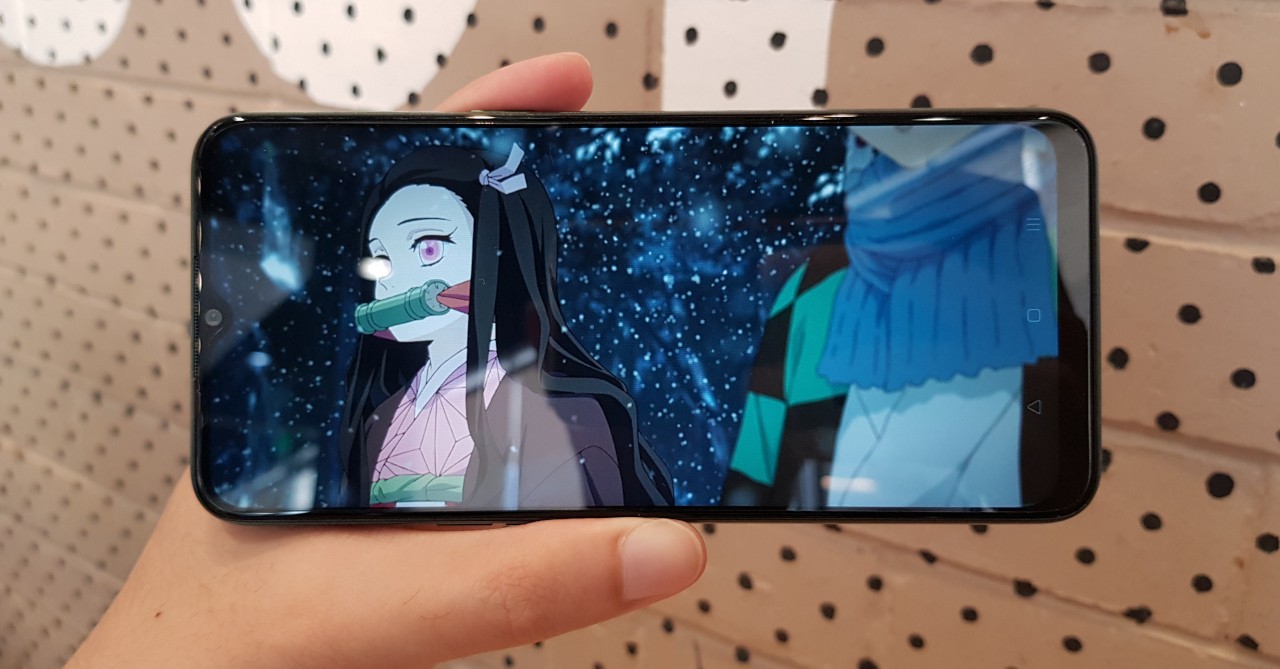 As a phone that sits squarely in the budget segment, it’s no surprise that the realme 5i’s large 6.52-inch display only has a 720p resolution. While it’s not the sharpest display out there, it does well for binge-watching as it gets quite bright.

For audio, the realme 5i has a single bottom-firing speaker that gets decently loud, though sound quality dips at max volume. If you’re planning to watch just a couple of short videos, the onboard speaker should do the trick. But for longer binge-watching sessions, headphones are recommended (good thing the 5i has a 3.5mm headphone jack).

Powering the realme 5i is a Snapdragon 665. The 665 may not be the newest processor around, but it still gets the job done for today’s popular mobile games.

The realme 5i features a 12MP F/1.8 main + 8MP ultra-wide + 2MP portrait + 2MP macro quad camera setup, as well as an 8MP selfie shooter. The 5i shares the same quad camera specs as the realme 5, though the front camera has a slightly lower megapixel count. Given their spec similarities, the 5i produced images of around the same quality as the realme 5.

Shots taken outdoors at daytime turn out great as expected, with good amount of detail and fairly accurate colors. Well-lit indoor shots are also of good quality, though they are a bit fuzzy when zoomed in as compared to outdoor shots.

Quality does take a dip in low light conditions though. Thankfully, the realme 5i features a Night Mode that works wonders for night photography. While colors may be a bit more saturated, Night Mode shots are pretty good overall.

Night Mode isn’t just useful for outdoor nighttime shots though, it’s also rather useful for indoor photos when there isn’t much light.

The 5i’s ultra-wide camera performs well in outdoor daytime shots, with images being sharp and having good colors. It doesn’t perform well at night though; even with Night Mode, shots tend to look a bit washed out.

Realme packed the 5i with a 2MP macro camera which performs similarly to other macro cameras that we’ve tried in the last few months. With a good amount of light, you can get great macro shots.

Portrait shots using the realme 5i produce a good bokeh effect, though it’s still far from the best smartphone portrait snapper as shots are a bit soft. Finally, selfies are of decent quality, even if the 5i only has an 8MP front shooter.

Given how well it performed for gaming, it’s no surprise that the realme 5i also had no problems with everyday use. In my time with the 5i, I found it to be fast and snappy for the usual work and social media apps.

What I especially liked about the 5i is its battery life. As the phone packs a massive 5,000mAh battery, I found that I still had lots of juice left even after a day of medium to heavy use. If you don’t use the 5i heavily, the phone can even last for two days on a single charge.

Another thing I liked about the 5i is the new Night Mode. The realme 5i recently received the new realme UI update which included the nifty new Night Mode. Unlike in other phones, the 5i’s night mode darkened not just system apps, but also Google apps and Facebook.

The only thing I would’ve wanted from the 5i is a Type-C port. Given its budget price tag though, having only a microUSB port is a fair trade-off. 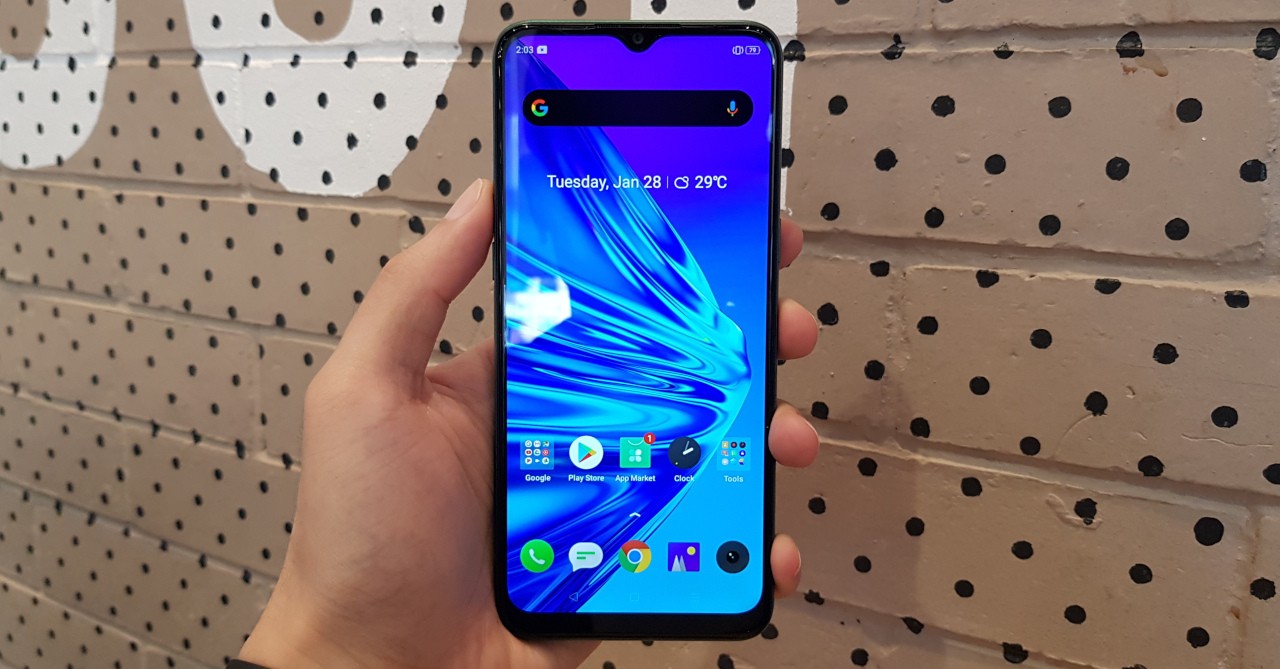 With the launch of the realme 5i, users have just been given another great budget smartphone option. The realme 5i has a good-looking design, capable cameras, and a large display going for it, but it’s the phone’s performance that makes it one of the better budget options to get right now. If you’re an avid mobile gamer, the realme 5i won’t disappoint.

At its price of PHP 6,990, the realme 5i is a great deal. The only reason not to get one is that its sibling, the realme 5, has a Lazada-exclusive base model that’s also priced at PHP 6,990 (with a better front camera but lower storage). Though if you catch the realme 5i during a flash sale (which we expect to happen sometime soon), it’ll definitely be the better deal.

The realme 5i is a strong budget contender thanks to its good-looking design, capable cameras, and a large display. Most importantly, the 5i has great gaming and day-to-day performance.Geek Lifestyle Review: Realme 5i