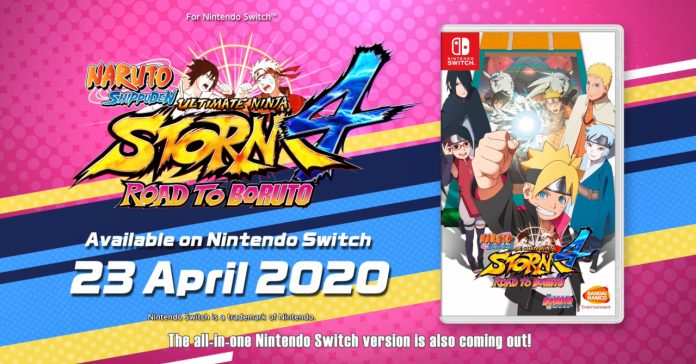 Released for the PS4, Xbox One, and PC a few years back, Naruto Shippuden: Ultimate Ninja Storm 4 Road to Boruto will finally release on the Nintendo Switch soon. Bandai Namco recently announced that ‘Road to Boruto’ will be released for the Switch on  April 23, 2020 in Southeast Asia (Singapore, Malaysia, Thailand, Philippines and Indonesia). 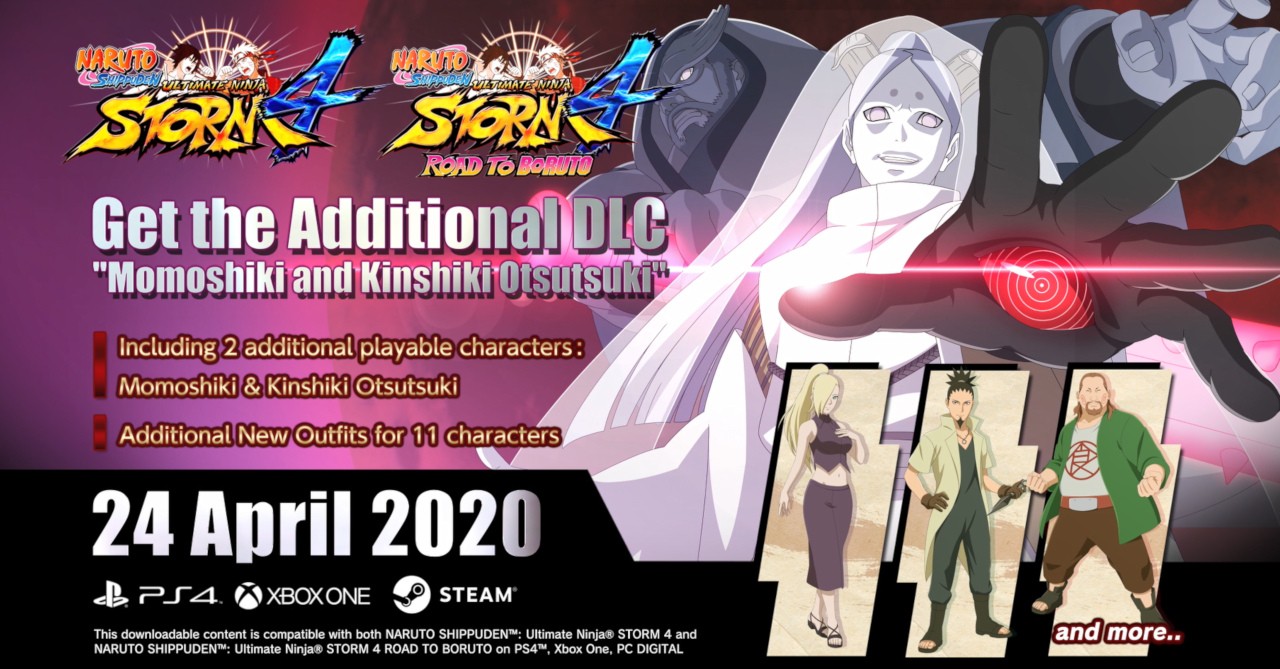 Aside from announcing the ‘Road to Boruto’ Switch version, Bandai Namco also announced that the ‘NEXT GENERATIONS’ Update Pack will be released on April 24, 2020 for the PS4, Xbox One, and PC via Steam. This DLC pack will include new playable characters — Momoshiki Otsutsuki and Kinshiki Otsutsuki, as well as new in-game costumes for 11 characters in the “Boruto Era.”

In case you’re unfamiliar, Naruto Shippuden: Ultimate Ninja Storm 4 Road to Boruto is a fighting game based on the popular Shonen Jump series. ‘Road to Boruto’ is considered as the finale of the long-running Ultimate Ninja Storm series, and it features the largest number of playable characters in the series’ history. The playable characters in the game includes the major characters from both Naruto Shippuden, The Last: Naruto the Movie, and Boruto: Naruto the Movie.