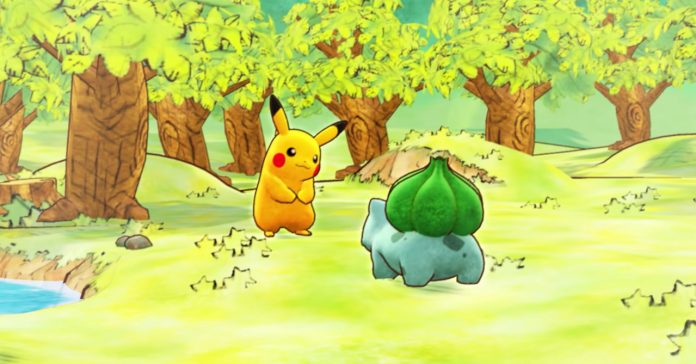 Watch the trailer for the new Pokemon Mystery Dungeon here:

Pokemon Mystery Dungeon: Rescue Team DX promises to be a faithful remake of the original Mystery Dungeon games, but with a couple of improvements. The most apparent change in Rescue Team DX is that it features a unique art style. Other new features of the game are the inclusion of Mega Evolutions, auto-mode, and an autosave feature.

In case you’re unfamiliar with the original game, Pokémon Mystery Dungeon: Blue Rescue Team and Red Rescue Team are spin-off Pokemon games released for the Nintendo DS and Gameboy Advance respectively. Unlike the mainline games, the Mystery Dungeon titles are roguelikes — basically the game features randomly-generated dungeons which can be conquered with a party of Pokemon in a turn-based combat syste.

Developed by Spike Chunsoft, Pokémon Mystery Dungeon: Rescue Team DX will be released for the Nintendo Switch on March 6, 2020. The game currently has a free demo out now on the Nintendo eShop.
- Advertisement -
Previous article
These live-action ‘Yakuza: Like a Dragon’ ads are hilarious!
Next article
A Persona 5 Royal and Sword Art Online collaboration is coming