Warcraft III: Reforged is out now

Relive the tale of Arthas' fall and the rise of the Lich King! 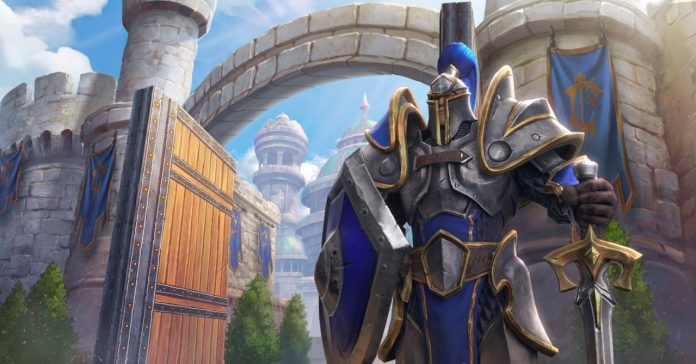 After over a year since its announcement back in BlizzCon 2018, Blizzard has finally released Warcraft III: Reforged. In case you missed the game’s reveal, ‘Reforged’ is an enhanced version of Warcrat III: Reign of Chaos and its expansion Warcraft III: Frozen Throne. This “reimagining” of Warcraft III features overhauled graphics, sound, and matchmaking features, all while retaining the classic campaign of the real-time strategy classics.

Here are the highlight Warcraft III: Reforged features (via Blizzard):

Warcraft III: Reforged is available now from the Blizzard Shop for USD 29.99 for the standard edition. There is also a ‘Spoils of War’ edition that’s priced at USD 39.99 which includes unique hero skins for Arthas, Cenarius, Jaina, and Thrall. The special edition also includes a host of in-game bonuses for other Blizzard games, including a Meat Wagon mount for World of Warcraft, the Third War cardback for Hearthstone, the Mal’ganis pet for Diablo III, and more.

For more information on Warcraft III: Reforged, visit the official website at http://www.playwarcraft3.com.

- Advertisement -
Previous articleA Netflix live-action series adaptation of ‘One Piece’ is in the works
Next articleDragon Ball Z: Kakarot Review | Relive the DBZ saga in style