Crossout goes into Open Beta in the Philippines

This title is like a cross between Mad Max and Twisted Metal! 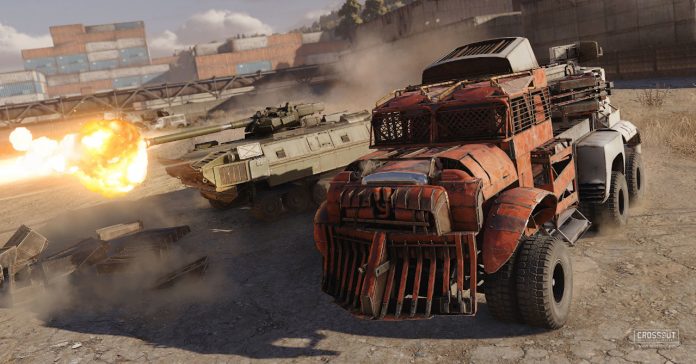 PlayPark Inc. and Gaijin Entertainment recently launched the game Crossout in the Philippines. The game is an exciting vehicular combat title that lets players control and face off against unique vehicles, and it’s available now for Open Beta Testing (OBT).

Crossout’s official launch in the Philippines was held last February 25 at Game Over PH. There, the game’s various features were presented, as well as the roadmap for the game, including its commercial release schedule. Demos of Crossout were also available for testing at the launch event.

Not familiar with Crossout? The game was originally released in 2017, and is finally coming out in the PH. Think of Crossout as Max-Max-meets-Twisted-Metal — with a post-apocalyptic setting that’s reminiscent of Mad Max, all while having intense vehicular combat like the Twisted Metal series.

As for its key features, Crossout has:

Crossout is out in open beta now; to sign up, visit: http://crossout.playpark.com/

As for its commercial launch, Crossout goes live on March 12, 2020. For more info on the game, visit the official Crossout website, and check out the game’s community page: http://bit.ly/CrossOutCommunity

Want to see some Crossout gameplay? Check out these gameplay videos from Peenoise Squad and from PewDiePie: