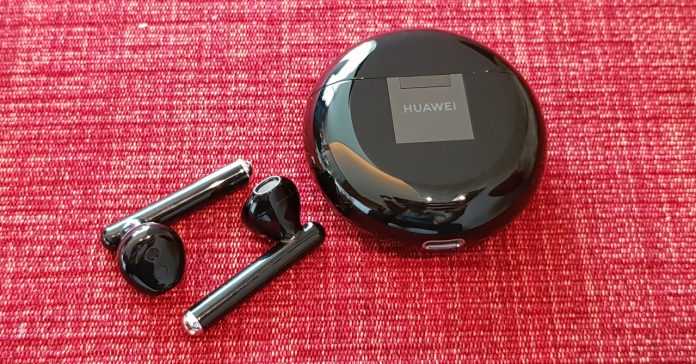 Last December, Huawei launched the FreeBuds 3, its latest pair of true wireless earbuds. Unlike its previous TWS offerings, the FreeBuds 3 packs active noise cancellation, as well as the new Kirin A1 chip which should provide better Bluetooth connectivity and battery life. 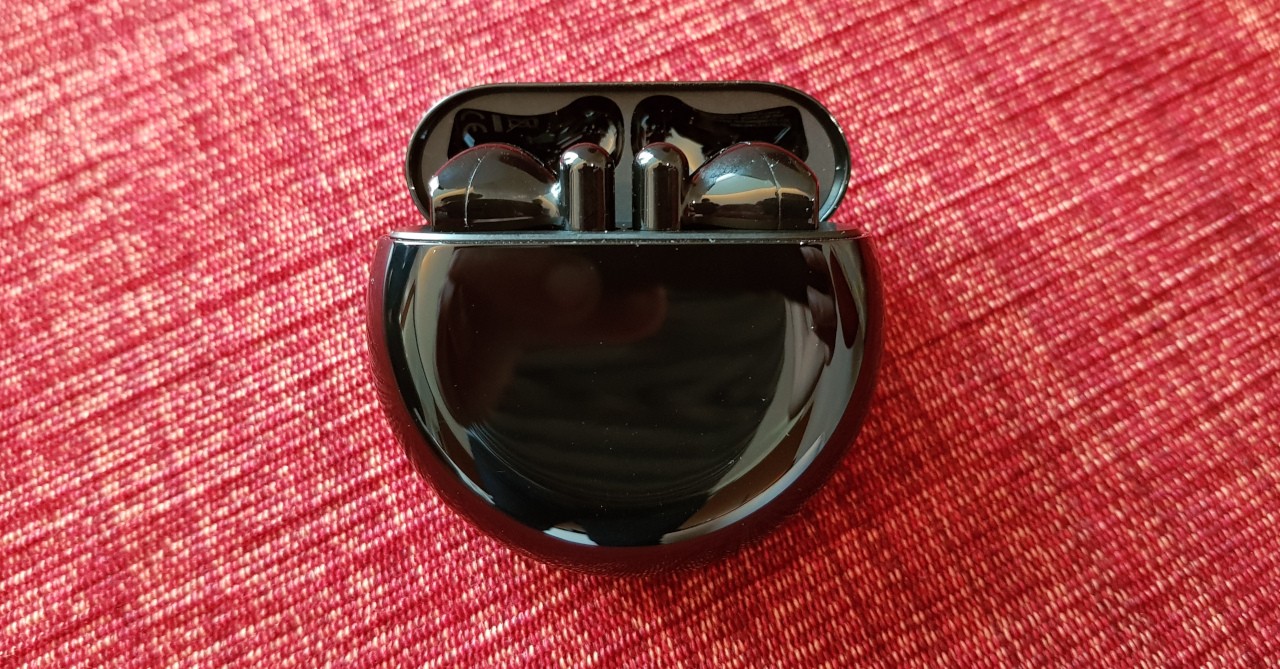 Given that there are already quite a number of TWS earbuds out in the market right now, does the Huawei FreeBuds 3 have what it takes to stand out from the competition? Find out here in our full review of Huawei’s new true wireless buds! 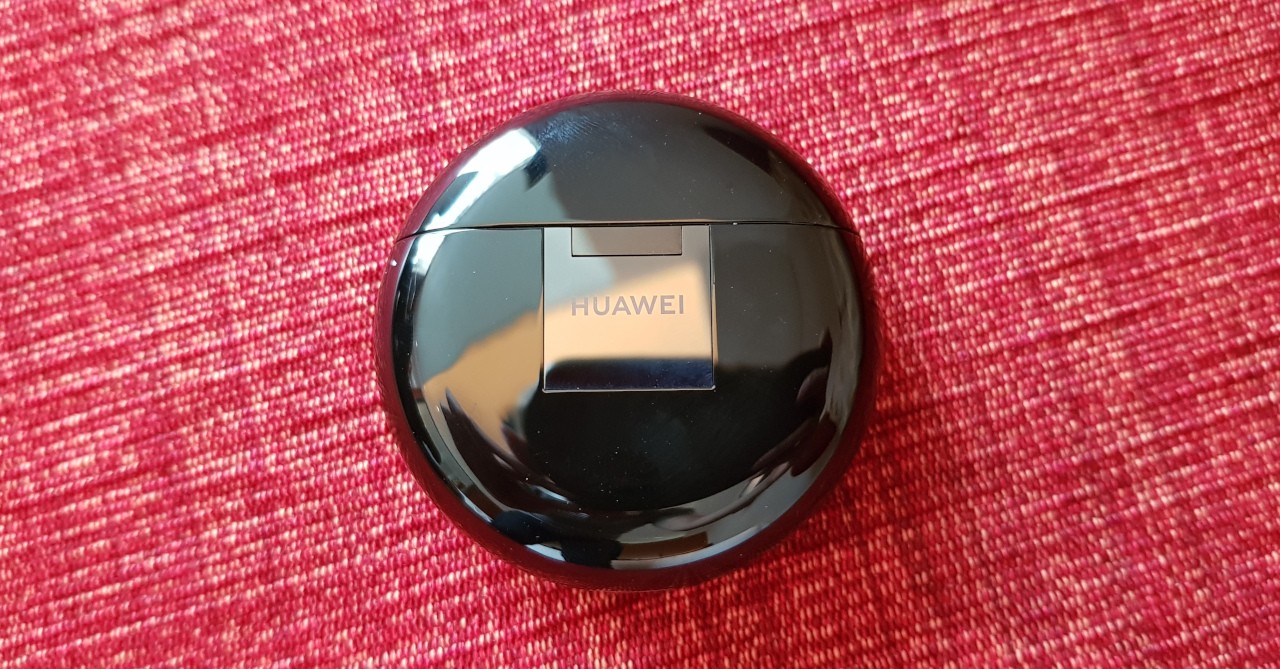 The Huawei FreeBuds 3 comes in a sleek, circular charging case that looks rather subtle an elegant, especially in the black colorway; though there is a special Valentine Red colorway if you want something that’ll stand out more. It’s also small and light, making it fit in your pockets easily. The case’s finish is a glossy plastic, which feels fine for the most part, though it is quite a fingerprint magnet. 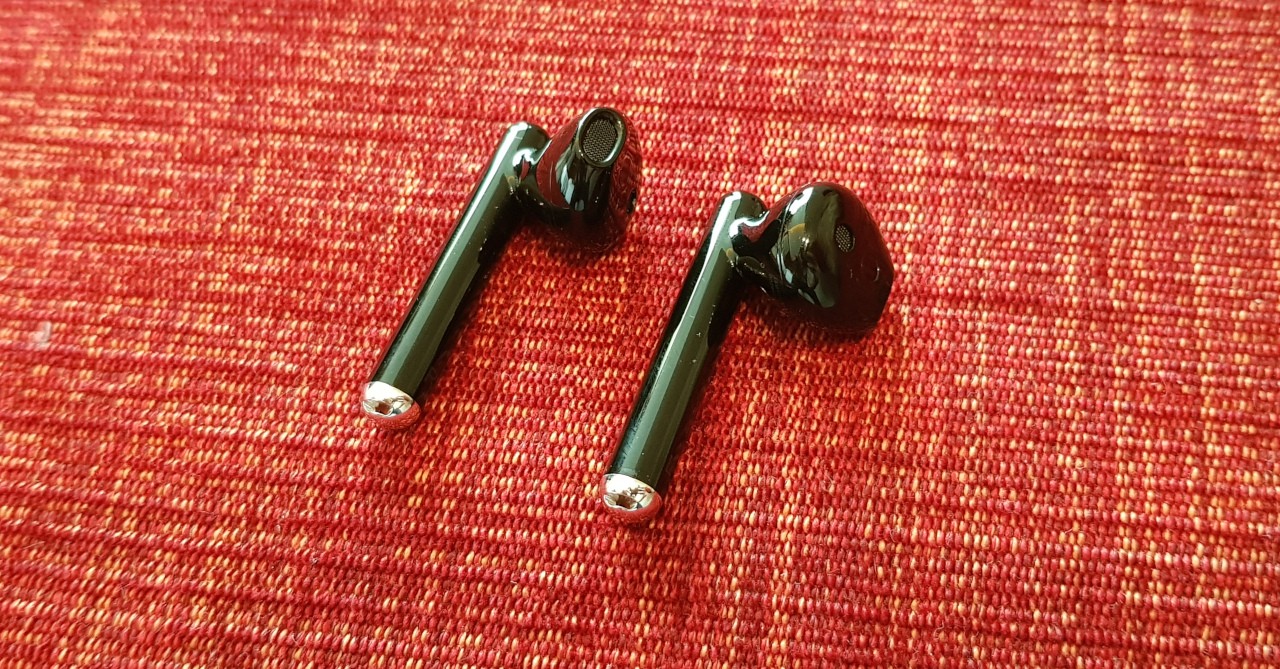 As for the earbuds themselves, the FreeBuds 3 has a unique shape compared to AirPods (or other AirPods-copy earbuds). Huawei dubs this as the “Dolphin Bionic Design” which promises to provide a good, comfortable fit for most users.

Because they’re quite light and have an open design, wearing the FreeBuds 3 for hours wasn’t a problem. While the FreeBuds 3 were comfortable to use for me, they don’t exactly provide good noise isolation

The Huawei FreeBuds 3 features active noise cancellation (ANC), and it works decently well to cancel low humming noises like that of a fan or an A/C unit. Though when used outdoors, the FreeBuds 3 won’t provide enough noise cancellation, as the ANC wasn’t enough to drown out environmental noise. This may be due to the fact that the FreeBuds 3’s open design just can’t isolate noise that well compared to IEMs.

Still though, thanks to the ANC feature, the FreeBuds 3 has better noise isolation than competing TWS earbuds with open designs. 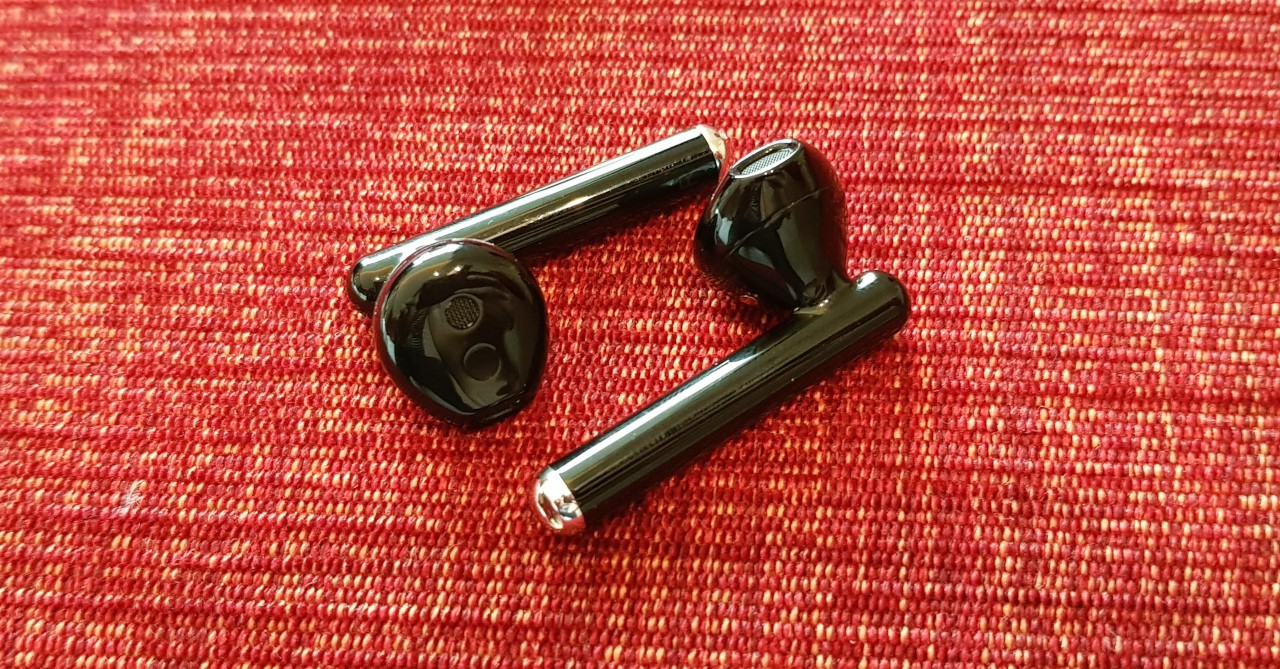 As I’ve mentioned above, the FreeBuds 3 has an open design that doesn’t isolate noise very well. Given my previous experience with open earbuds, I was expecting the FreeBuds 3 to have a lack of bass; when I tried it out though, I was impressed. The FreeBuds 3 has a balanced sound signature, complete with enough bass to provide a satisfying listening experience in hip hop and electronic songs.

Unlike other TWS buds which struggled with the aforementioned genres, the FreeBuds 3 can handle them with ease. Take for instance “Sanctuary” by Joji, a song that has tons of low end that open earbuds often struggle to produce; the FreeBuds 3 though can output enough bass to make for a great listening experience. The same can be said for electronic music with lots of low end such as Daft Punk’s Alive 2007 album. 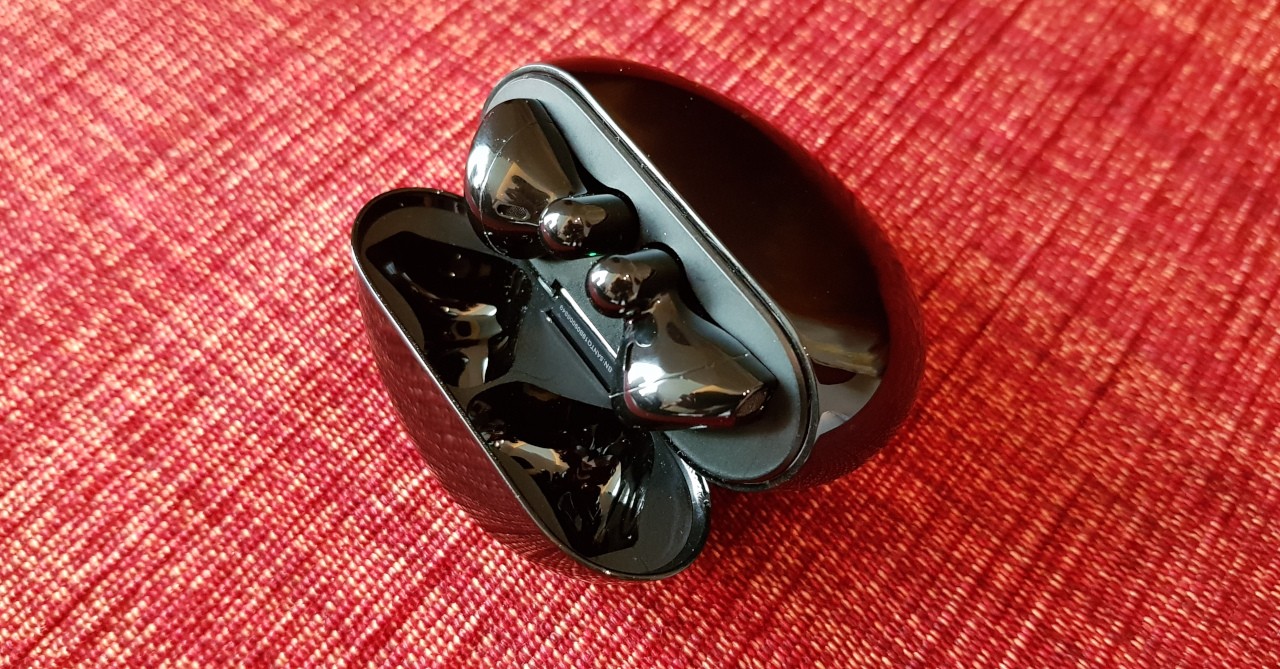 While I’ve focused a lot on bass-heavy music above, make no mistake, the FreeBuds 3’s sound signature is balanced well enough for most other genres. For instance, rock songs like “R U Mine?” from the Arctic Monkeys and “Reptilia” by The Strokes lost none of their impact on the Freebuds 3. Even if you listen to more acoustic songs, Huawei’s TWS earbuds are a great match. 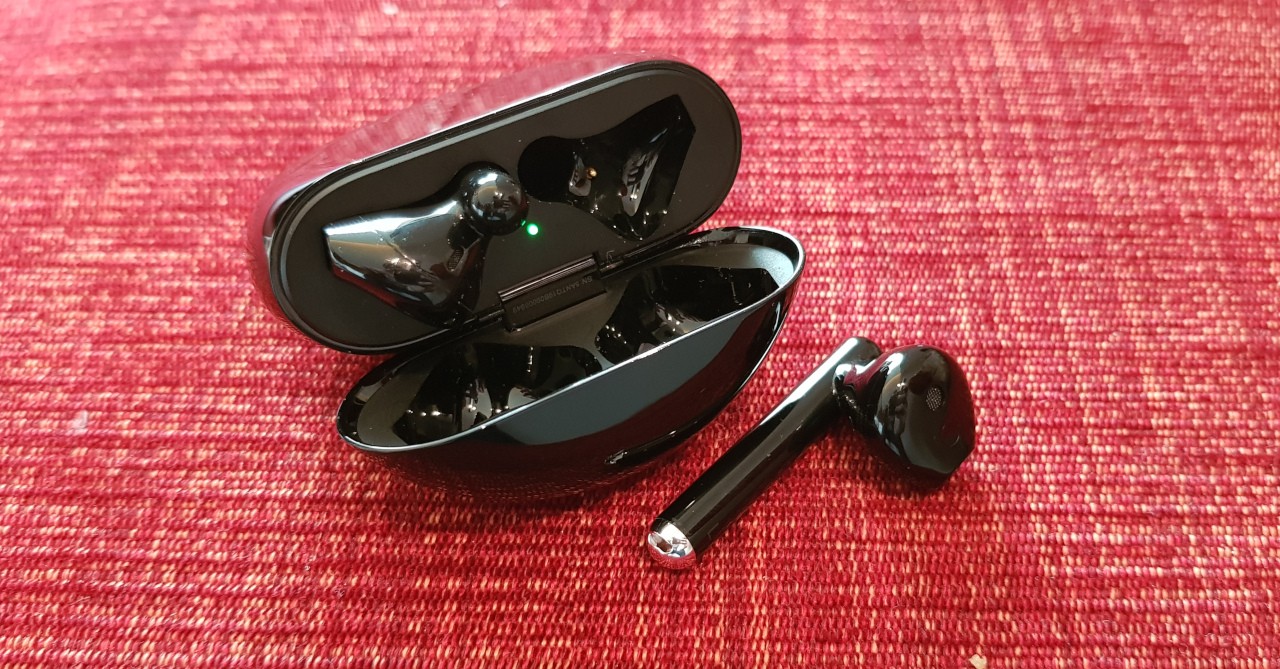 The FreeBuds 3 don’t just excel in the sound quality department, they’re also great for everyday usability. Thanks to the Kirin A1 chip’s improved wireless connectivity, connecting the FreeBuds 3 to my devices was quick and easy, even if the devices I tested it with weren’t Huawei models. And unlike other wireless earbuds which take some time to connect (or even have trouble syncing at times), pairing the FreeBuds 3 with my phone/laptop was always fast. I also didn’t experience much drops in connection, even when out and about.

Another good feature of these earbuds is its bone sensor, which picks up a user’s voice through bone vibrations. In actual use, this sensor made for clear phone calls when using the FreeBuds 3. 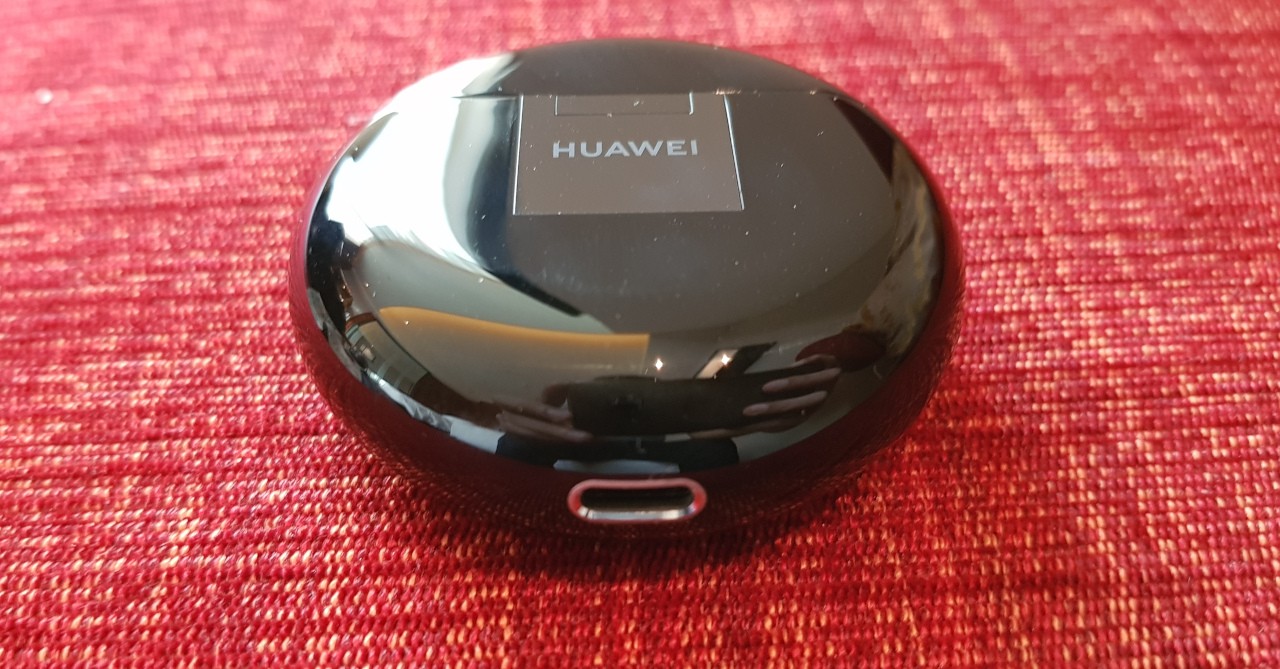 As for battery life, Huawei says that the FreeBuds 3 can last for up to 4 hours of continuous use, and up to 20 hours overall with the charging case. In my use though, the earbuds lasted for around 3 hours or so continuously; though I did have ANC on all the time, so turning it off can lead to improved battery life. With the charging case, I was able to use the FreeBuds 3 over a couple of days in a single charge (with regular use). 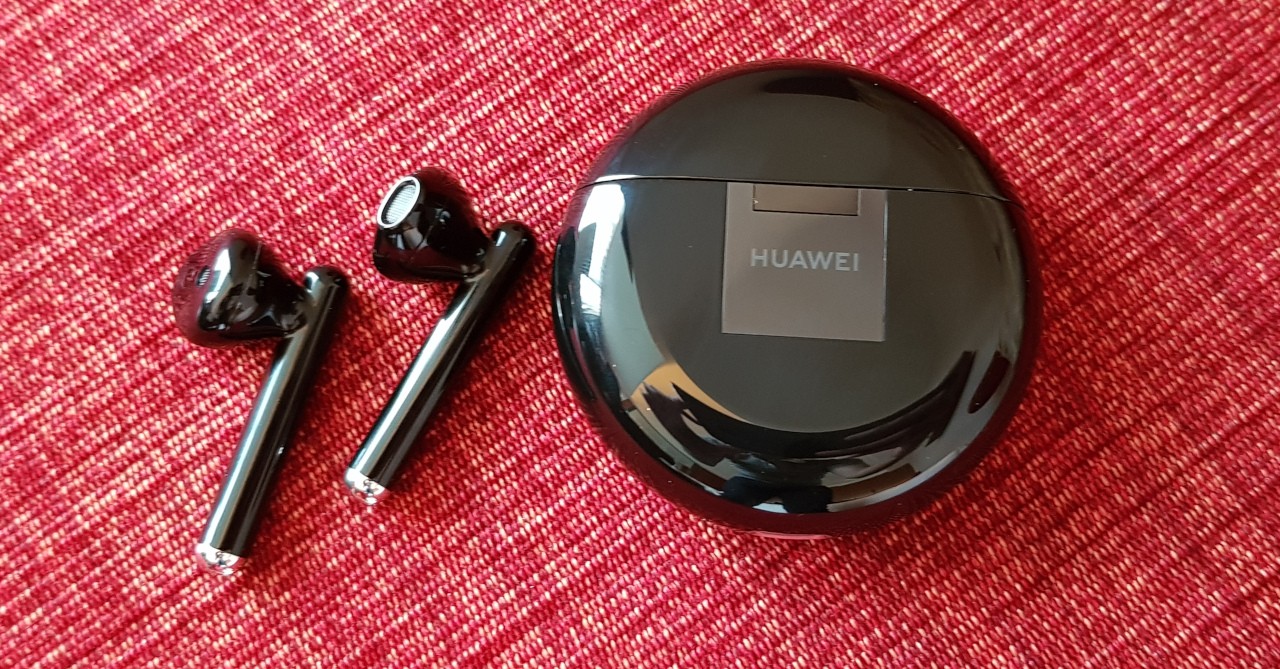 Overall, the Huawei FreeBuds 3 is a good pair of TWS earbuds thanks to its balanced sound signature, day-to-day reliability, and good battery life. Where it falters though is in noise isolation, though ANC does help it isolate a bit better than open-type earbud competitors.

Considering its SRP tag of PHP 8,990 though, the FreeBuds 3 is definitely not a budget-friendly pair of earbuds. Though if you’re willing to shell out some cash for one of the best-sounding TWS earbuds out right now (and don’t mind a lack of isolation), the FreeBuds 3 is well worth considering.

Thanks to great sound quality, long battery life, and everyday reliability, the Huawei FreeBuds 3 is a pair of TWS earbuds worth considering, even if it lacks in the noise isolation department. Geek Lifestyle Review: Huawei FreeBuds 3