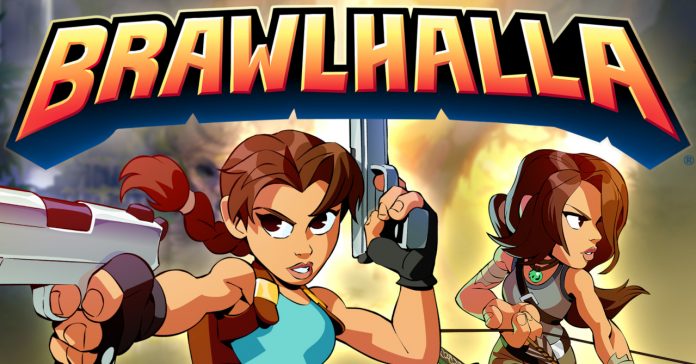 Ubisoft has just announced that Lara Croft from the Tomb Raider series will be available as a playable character in Brawlhalla as an Epic Crossover event which is happening now until March 16, 2020.

Aside from bringing over Lara Croft, the in-game event features a new game mode, map, and music; as well as a new Podium, main menu takeover, and bonus daily login gold.

Given that Lara is available as an Epic Crossover, Lara’s abilities in the game mirrors that of Diana, an existing Brawlhalla legend. What makes Lara special though is that she comes with unique attack designs, animations, sound effects, and weapon skins; she even has her own dedicated roster spot.

Lara also comes bundled with an additional skin — Survivor. While her default skin is inspired by her original iteration, the Survivor skin is based on the reboot series design.

The Lara Croft Epic Crossover bundle is available for 300 Mammoth Coins via the in-game store, and will still be available for purchase after the event concludes.

The new event also brings a unique game mode called Temple Climb. The game-mode features a vertically scrolling map with a Tomb Raider theme. To add further challenge to the game mode, pressure plates are placed along the way which trigger various traps. Temple Climb will have its own cue during the event, and will still be playable in custom games after the event duration.

Brawlhalla is a free-to-play platform fighting game that’s available now on PS4, Xbox One, Switch, and PC. The game is also releasing on mobile in 2020, with cross-platform play planned at launch.

For more info on the game, visit brawlhalla.com.