Light of Thel: Glory of Cepheus is cute new mobile MMO, and it’s available now on iOS and Android

Here's a new mobile game to check out! 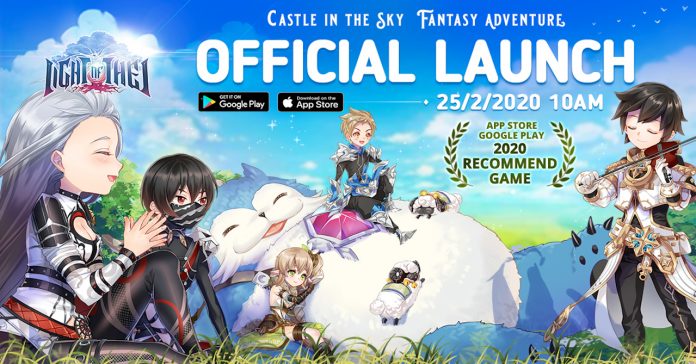 Itching for a new mobile MMORPG to play? Well, here’s a title that’s definitely worth looking into! Singaporean game publisher Youzu has recently launched Light of Thel: Glory of Cepheus, a new action-adventure MMO for both iOS and Android.

Light of Thel was launched last February 25, and it released with 5 supported languages — Simplified Chinese, English, Thai, Bahasa Indonesia, and Vietnamese. Even before its launch, the game already drew massive interest from mobile gamers, with over 1 million players pre-registering for the game.

‘Light of Thel: Glory of Cepheus’ is an action-adventure game that’s set in an open, expansive world. The game features a cute, cartoon-style animation with slick visuals and adorable characters. Aside from looking good, the game is also packed with numerous game modes such as 10-player team dungeons, as well as various activities including world treasure hunting, fishing, mining. There are even various leisurely game modes like dancing, fun testing, etc.

During the game’s official launch, there were a variety of activities in-game such as login gifts, newbie Level Gifts, and many more. There were also rewards put up for grabs at the official Facebook page of the game (https://www.facebook.com/lightofthel/) which can be received by liking the said page.