The latest MK11 character is no joke! 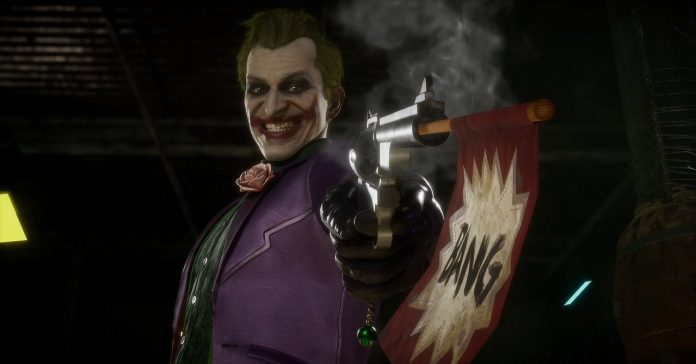 Teased last year along with the other five characters (including the next character, Todd McFarlane’s Spawn) as part of the Kombat Pack, the Clown Prince of Crime is now officially added to the roster of Mortal Kombat 11. So how does Joker play in MK11? Pretty good I should say!

First let’s talk about how different the Joker looks compared to his initial reveal. Many were disappointed at first, with comments saying that the initial model looked like “someone is just cosplaying as the Joker and not the actual Joker” as he looks too young, too muscular, and the smile just doesn’t capture the same sinister feeling that other iterations of the clown has. Maybe they where aiming for a photo-realistic portrayal; whatever the case, it did not sit well with fans. Thankfully, the version we get in the game fixes this. 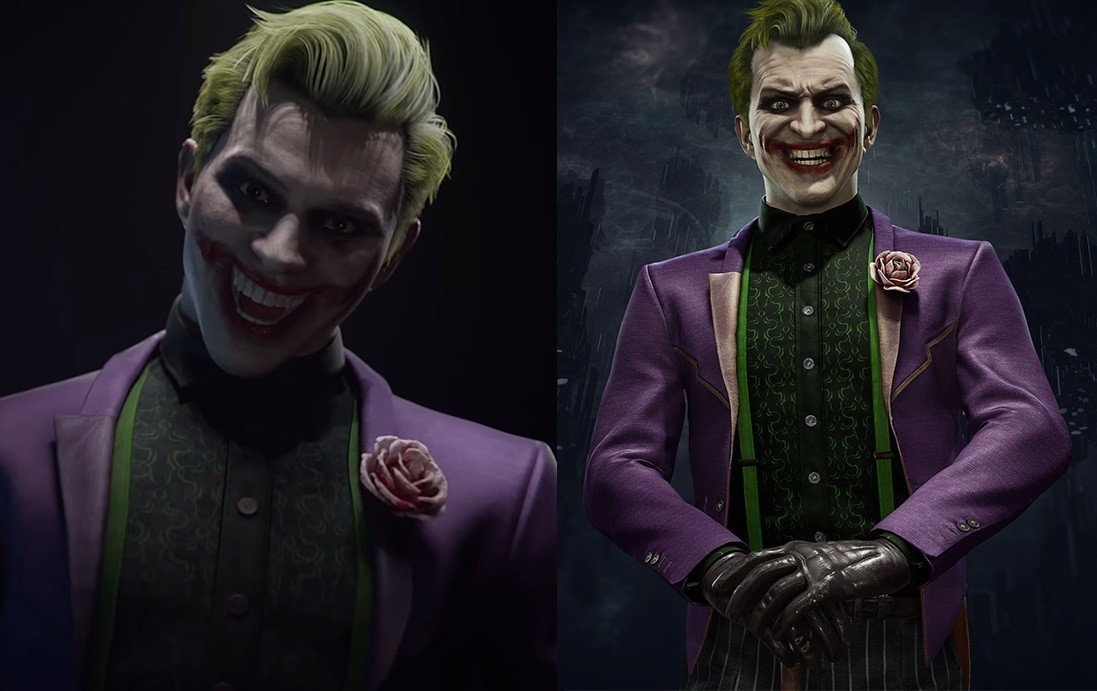 The final version of the character now looks a bit older, his chest does not bulge in his suit, and he finally has a grotesque and sinister look in his smile. This I actually dig, knowing that this is indeed the Joker who fights the Batman, so huge props to NetherRealm for tweaking the Joker’s final design. 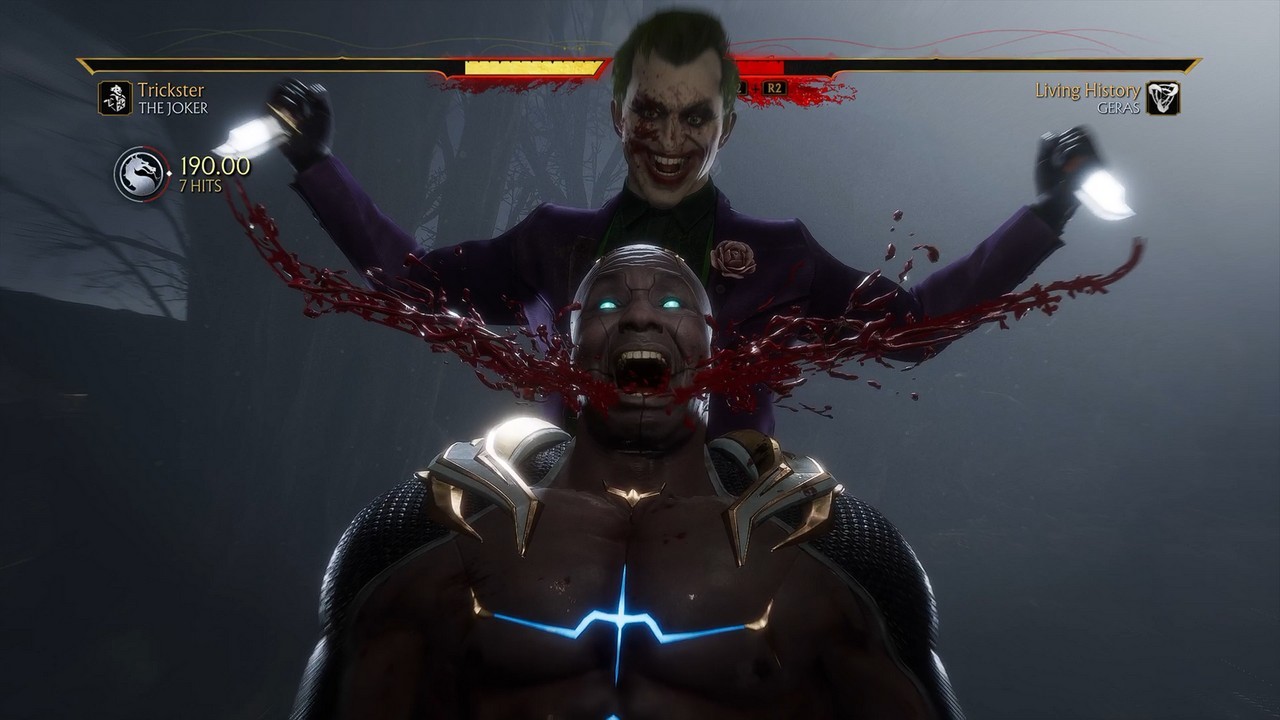 Now on to his moveset, Joker carries many party tricks and all of them look comical, but they’re absolutely lethal. In any of his variations, the Joker carries his cane that can break skulls and sever heads, establishing a bit of range superiority over other fighters (but not as huge as Jade’s Bo staff). If you like controlling the flow of the fight, you can choose between his first two variations which focus on zoning enemies or making setups in the brawl. In his first variation, Joker uses the Batman puppet “Batsy-poo” which shoots bullets as his projectile special move. He can also set a trail ablaze with Getting Lit where he pours gasoline in a controlled distance and lights it with a match to deal damage-over-time to the enemy standing in the fire. His second variation utilizes hostages armed with explosives for setups like the Hostage Hop, where a hostage hops towards the enemy and after a delay, the hostage explodes dealing damage.

The third and final variation for the Joker is the most straightforward. This makes it perfect for those who want to be a Mad Clown and dish out mad combos using his oversized gloves which can deliver a huge amount of damage through combo attacks. 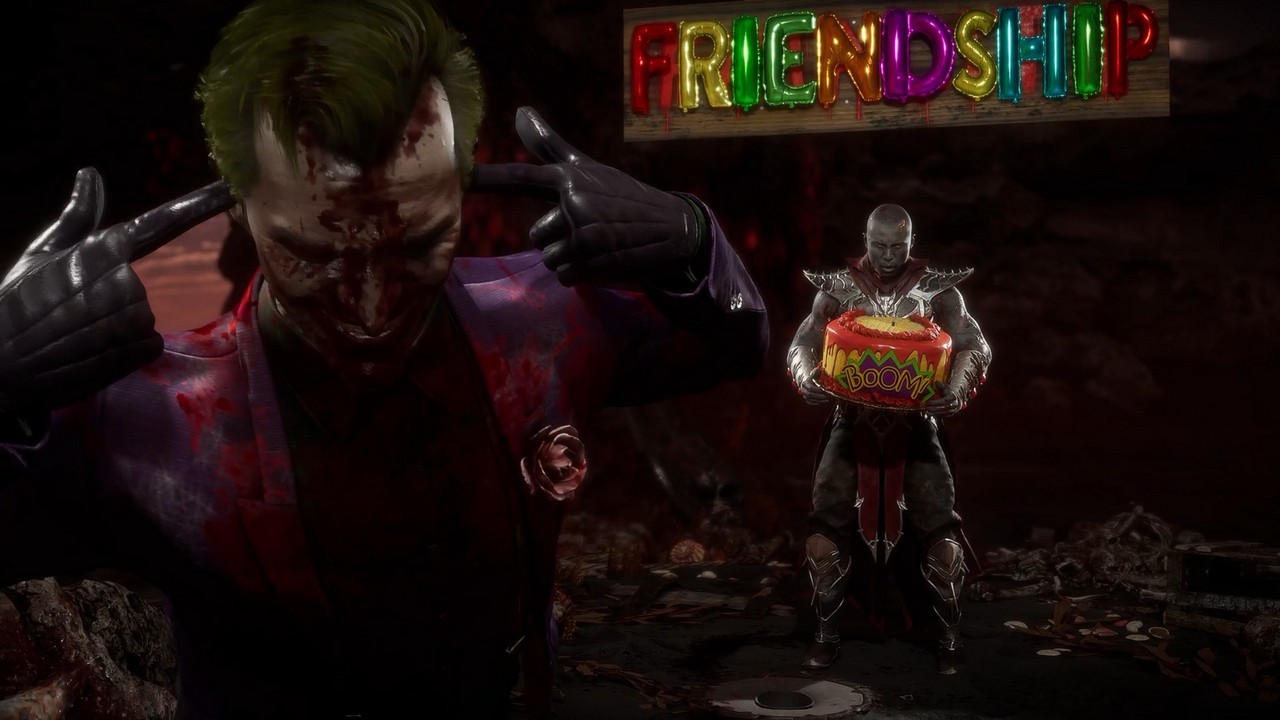 The majority of Joker’s moveset (and there are a lot of moves) can be delayed and cancelled, turning matches into a mind game, making his next move hard to read. His cane provides a decent range advantage, and his combos can punish enemies that disrespect your capabilities. Aside from being great mechanically, if you are a true fan of the Joker or Batman, you’ll be satisfied as many of his moves are a call back from the Batman series like the Birdboy Beatdown (a reference to Jason Todd).

Of course, we can’t forget about his two fatalities — Party Pooper and Pop Goes the Mortal. In Party Pooper, The Joker gives a cake rigged with explosives to his enemy, which then explodes as the Joker shoots the enemy with a gun; if you played the classic Mortal Kombat, then you’ll know that this is a call back from the friendship finish. Lastly, Pop Goes the Mortal, the Joker punches a hole in the enemy’s chest, he then puts a jack-in-the-box inside that activates, extending the enemy’s head which is twistedly hilarious. 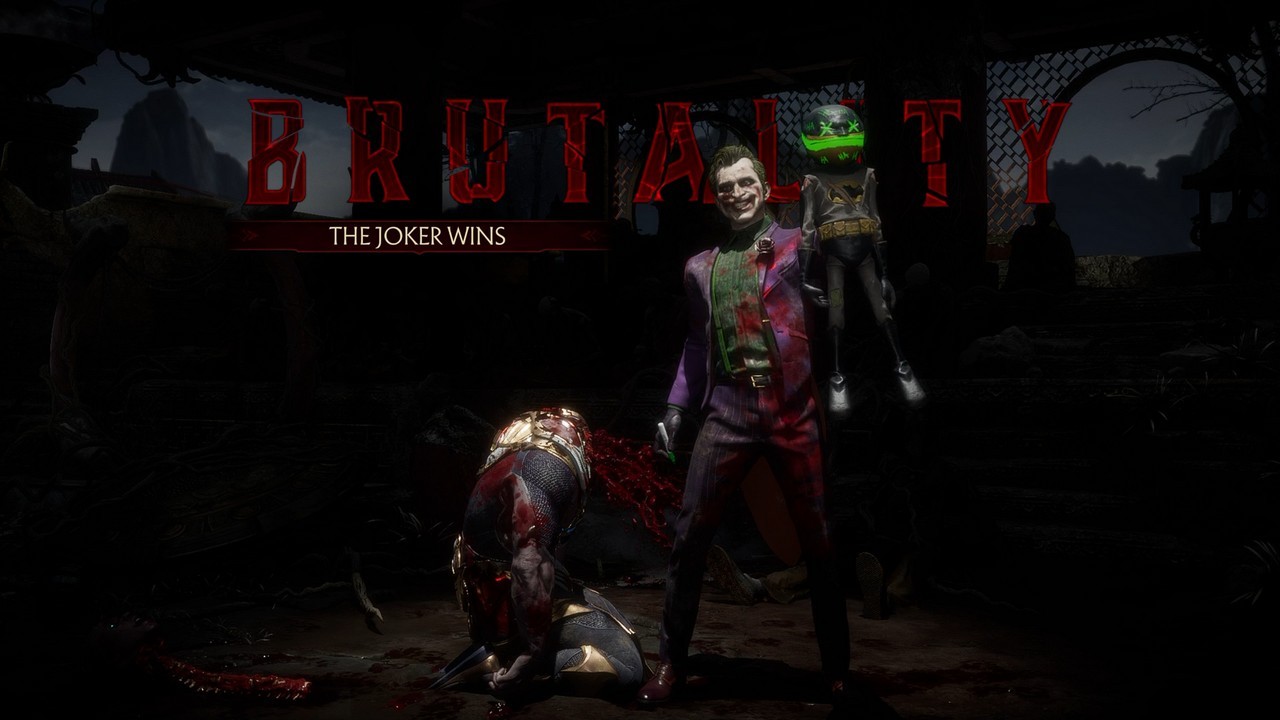 But I gotta say though, the Joker’s moveset is a bit tricky to pull off, especially with his second variation as the Hostage Hop special move is a bit slow to execute, with the hostage hopping from off screen while the initial explosion has a huge delay. This is why I always get punished whenever I mess up the timing. So if I’m gonna choose between the three variants, I’ll choose the first as I can zone the enemy to a certain distance, all while dealing DoT with Getting Lit or dealing an ample amount of damage with Birdboy Beatdown. His lack of mobility and gap closer can be really frustrating at times, but his base moveset with the cane do have a decent range that provides a excellent opportunity to poke the enemy while dealing decent damage.

NetherRealm studios managed to nail this character as a great best iteration of The Joker. His overall appearance and a playstyle truly fits his twisted and cruel humor, making him a good choice as a guest character in the MK verse where he feels right at home. While he looks simple to play, his setups and zoning can be complicated to pull off, so playing as the Clown Prince of Crime is a challenging and rewarding experience. Given this, it will be interesting to see how the pros play The Joker in pro matches.

Previous articleSamsung launches the Galaxy A71 and Note 10 Lite in the Philippines
Next articlePlatinum Games reaches main Kickstarter goals for The Wonderful 101: Remastered in less than 24 hours

Mortal Kombat 11 'The Joker' DLC Review | DLC that put a smile on our facesBeing a veteran character in the fighting game genre, The Joker's addition to the MK 11's roster feels oh so right. With a moveset that's challenging yet rewarding, as well as an appearance that fits the legendary character, NetherRealm did a good job bringing the Clown Prince of Crime into the game.