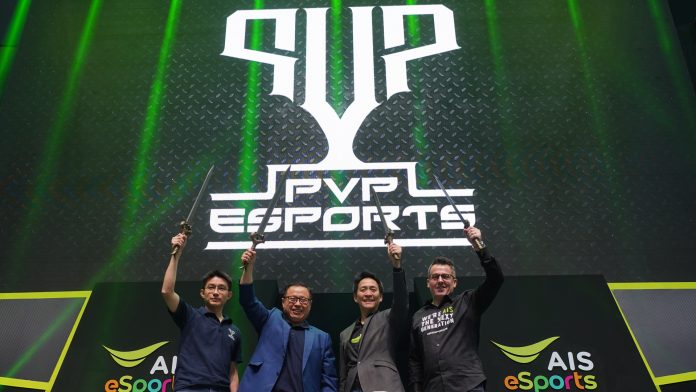 PVP Esports, an initiative by Singtel, one of the largest telecommunication companies in South East-Asia who has large shares in Globe Telecom, formally launched their PVP Esports 2020 Community Championships roadmap inside the Thailand Game Expo in Bangkok last week.

On the surface, it looks like any other planned esports tournament, just expanded on a regional scale. Digging deeper though, it seems gamers finally found not just ally, but a clear partner in championing the esports banner throughout South East Asia.

We spoke with the top executives at Singtel both on and off the record, and you can see how clear their intent is for this endeavor to work.

Arthur Lang, CEO of International Business at Singtel, opened the discussion with what sparked the initiative and why the concentration on esports and gaming. At the base level, he believes it is where the next generation of entertainment will truly come from. They have been observing the gaming, mobile gaming and esports scene and how it has shifted within the last 5 years. The recent SEA games is a testament to how esports is being legitimized on a regional level. For those that may not know, esports was a legitimate medal sport during the competition proper –- where the Philippines took home 3 Gold medals for Dota 2, Starcraft II and Mobile Legends: Bang Bang.

In coming up with the roadmap for the Community Championship Leagues, PVP Esports didn’t just want to simply create tournament upon tournament. According to Lang, they really want to do this right, that’s why they spent last year trying to understand what  gamers want — both those still in campuses and those working, and build a community league around them.

“The other approach is to just see which game developer, which big money company would want us to promote their game, but we thought this is not the better way. The better way is (to see) what the people want, what the gamers want in this region AND THEN approach these game developers…”

The idea is to gain true insight from millions upon millions of users and partnering with the right developers and publishers who may want to be part of this for the long haul.

From the interview, one of the key mandates that the group tasked themselves to do is to break the negative perception around gaming. “We want to show that gaming is and can be a serious business/ career and we feel that’s something not a lot of people really know”, said Lang.

Cindy Tan, Marketing Head of of Singtel, expounds on this further. 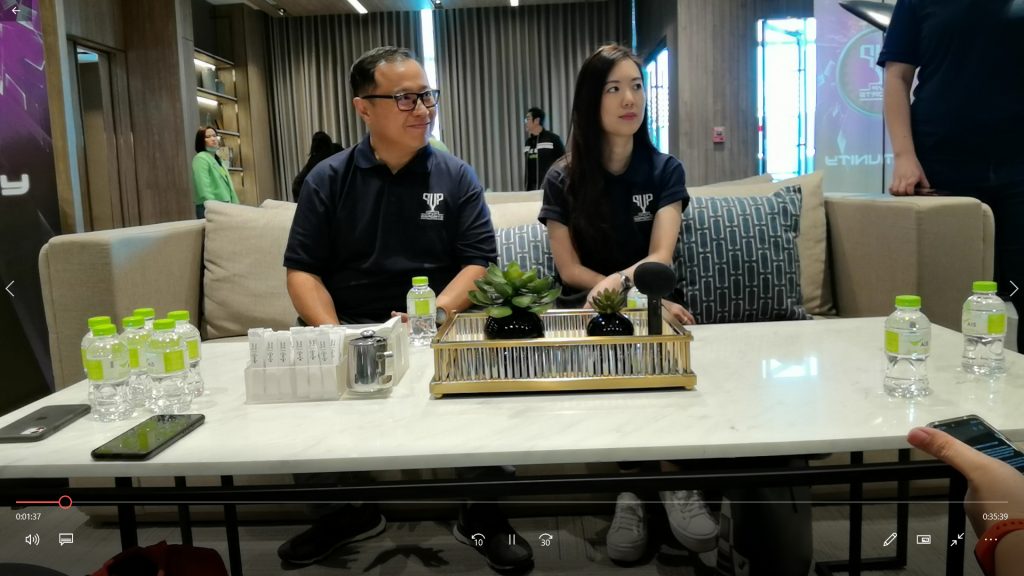 “On esports itself to really help the ecosystem be more thriving and sustainable for everyone, for gamers and viewers alike, it really needs to be (well) thought through on the content space. So this year on PVP Esports, we’re spending equal amounts of time (50%) just bringing the championship alive (online, off-line regional events, qualifiers and finals) and the other 50% is on content! We’re really, really excited but we can’t reveal much at this point,” quips an excited Cindy Tan.

Content will play a major role in rolling out the PVP Esports Community Championship, whether this be in the form of shoutcasting, gameplay analysis, or simply telling the stories of people joining in, content helps form discourse and discussion which may then help place policies from a more established institution like, say, the Singapore Department of Education which PVP Esports have had discussions with. This was also replicated in Thailand during the SEAGames competition with Thailand.

Intended Audience and Growing the Culture

Remember, the main difference between the PVP Esports Community Championship is that the intended participants are not “professional” gamers. They’re you and me who may play games from time to time who may at one-point dream of being part of the industry. A couple of decades back, this would be hard for people to do; but because of technology and the internet, a whole lot of people can get in on it and this regional league is part of that.

Last year, PVP Esports worked with various educational sectors in Singapore to provide further discourse on the what gaming and esports can bring for students. According to Ms. Cindy Tan, institutions like these help put legitimacy and ensures the future of the sport.

While Ms. Tan failed to share specific executions, particularly on the content side, they have had the luxury of having pre-existing content distribution channels like HOOQ and other platforms where content can be distributed and shared easily. Most likely, they’ll tap those again, but more than that, it’s really just about creating a blank canvas for players, gamers and gaming enthusiasts to paint put their individual mark on.

At the end of the day, it’s really all about creating a culture.

“We have to unite as a region,” echoes Cindy Tan. PVP Esports wants to be known as the uniting thread that will ultimately create an ASEAN identity for esports. While, they acknowledge that they’re not the only entity trying to vie for the growing esports and gaming scene, it seems that PVP Esports has its heart in the right place by putting emphasis on building platforms that amateur gamers, whether students or young professionals can pursue their shared passions.

“Through PVP esports and through the community we can create content with the partners or even the gamers can craete content themselves. All we want them to do is just give them the canvas. Let them go paint,” finishes Arthur Lang.

So where does this lead the Philippines?

While the Philippines is part of the PVP Esports Community Championship Season 1, we’re only competing on one title, namely Mobile Legends: Bang Bang. When we inquired about it, the organizers decided, upon checking numbers and data, that it is the game that’s most widely accessible to the group that they feel will respond to the tournament. But it doesn’t mean that it will end there. 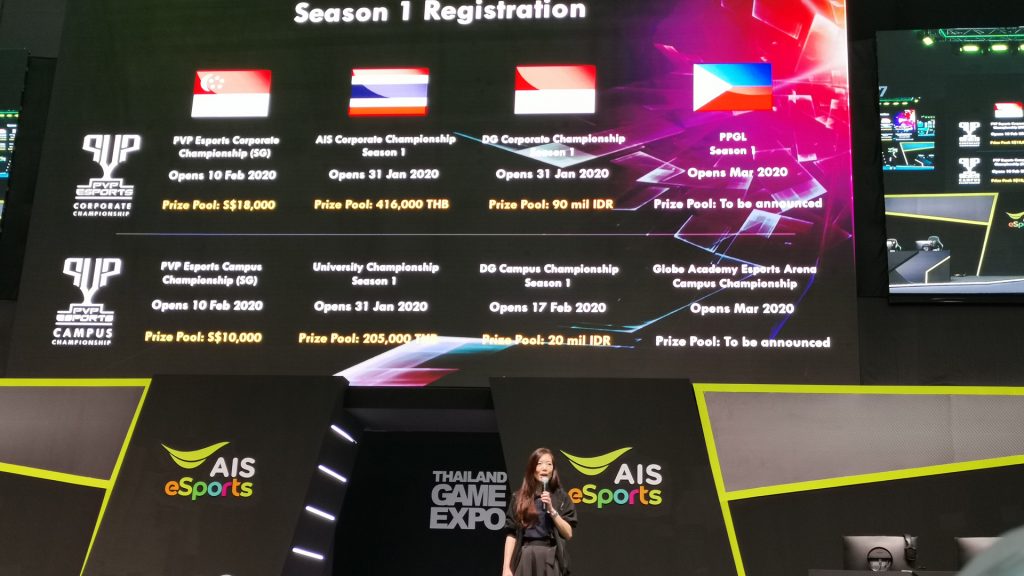 “We definitely will not leave our Filipino gamers behind and we understand how big they are!”, said Arthur Lang. “We want to keep Season 2 a bit fluid (in terms of game selection) and see, really, what the gamers want.”

So, will we see FPS and even Fighting games be part of the PVP Esports Community Championship slate? That could be a very big possibility. According to Cindy Tan, the Philippines will definitely feel the presence of PVP Esport as a brand in the next coming months.

“Again, we don’t want to spoil anything for Season 2, but for now, what we can say is we’re looking deeply into this”, addresses Tan.

There apparently is a roadmap for this and Singtel, along with its partners, have been deep in the trenches trying to formulate cohesive and actionable plans so that the rollout could be a massive success. As a gamer, and an esports enthusiasts, it’s refreshing to see a business that seems to understand the culture a lot and approaches the whole endeavor in a respectable and delicate manner.

And to have a platform where the tournaments are not just confined to the local level but all participating countries have the chance to really bring this on a regional perspective. Imagine that. Amateur players winning on a local level and going to go head-to-head on a regional level. That’s something! And, for now, only PVP Esports can lay a claim to that.

We can’t wait to see what’s in store but from everything we heard, we’re expecting great things for esports in the region!

Watch out for more news on when the Philippine Qualifiers will be for the PVP Esports Corporate and Campus Championships.