That's quite an achievement! 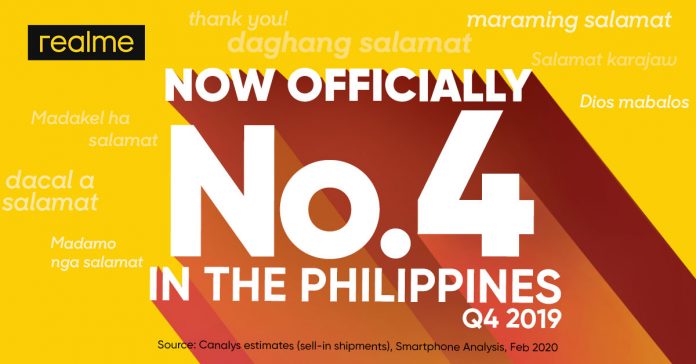 It’s been just a bit over a year since realme landed in the Philippines, and now the brand has become one of the top smartphone makers in the country. Specifically, realme is the top four smartphone brand in the Philippines in Q4 2019, according to leading global market analyst firm Canalys.

In 2019, realme grew its year-on-year sell-in shipment by a massive 709 percent, making it the fastest-growing smartphone brand in the country. Realme also claimed nine percent of the PH’s total unit shares.

Realme’s success is thanks in large part to its continuous release of incredible bang-for-buck smartphones such as the realme 3 series, C series, 5 series, and the XT. The brand’s growth is also attributed to its strategic partnerships with various offline and online retailers, as well as the opening of realme kiosks and concept stores nationwide. 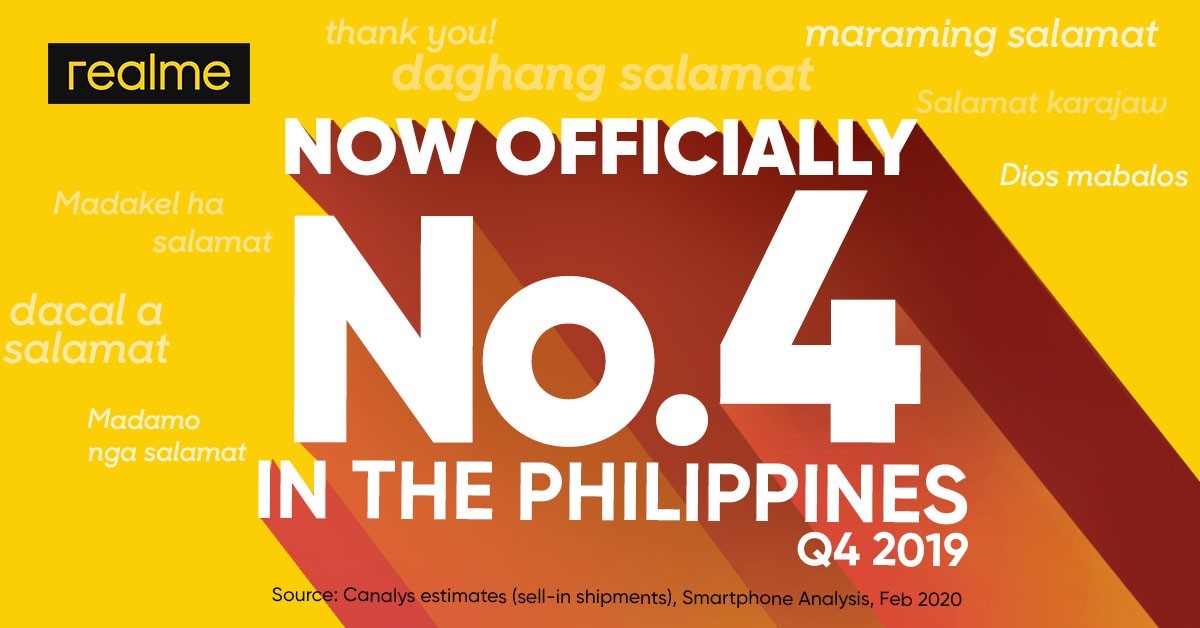 Even with its status as the top smartphone brands in the country, realme promises to innovate even more in the future. In fact, realme is keen on propelling 5G in the Philippines, with plans of releasing 5G smartphones once the local 5G infrastructure is ready.

“We are much delighted to share this news to the realme community as this would not be possible without their constant support and loyalty to the brand. We are thankful for the support and patronage we are receiving. 2020 will be the year that we grow further with more competitive smartphones, AIoT, and 5G inclusion. Expect that we shall leap to greater heights with more Filipinos ready to enjoy the real value and the latest technology,” shares realme Philippines Marketing Director Austine Huang.