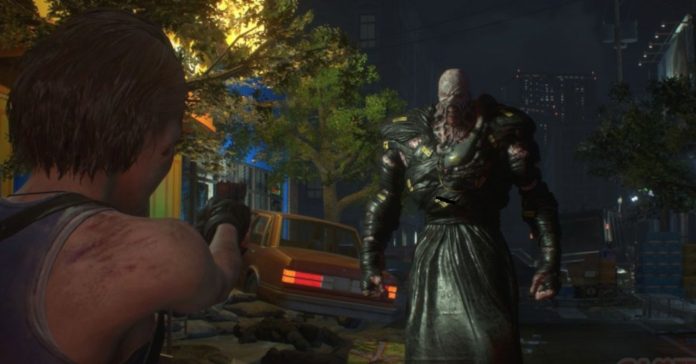 Not excited for the upcoming Resident Evil 3 remake? Well, these screenshots will most likely get you hyped up!

Recently, a slew of new, never-before-seen screenshots surfaced online, specifically at resetera courtesy of user Dusk Golem. The new RE3 remake screenshots show off more of the terrifying Nemesis, as well as other monsters that Jill will have to face during the game.

Check out the screenshots here:

Aside from images of the RE3 story mode, the leak also contains screenshots of Resident Evil Resitance, the multiplayer game mode bundled with the RE3 remake:

Finally, the leak also features concept art for the game, as well as character art of Jill Valentine, Carlos Oliveira, and many more:

The Resident Evil 3 remake follows hot off the heels of last year’s RE2 remake which garnered critical acclaim and was a massive financial success. Much like last year’s title, the RE3 remake features modernized third-person shooter gameplay (as compared to the original’s tank controls and static camera setup).

What makes the RE3 remake an even more interesting title is the inclusion of Resident Evil Resistance, an aysmmetric multiplayer shooter that pits four survivors against one player-controlled “Mastermind.”

While we have yet to try (or even see) uncut RE3 remake gameplay, we did get to try out Resident Evil Resistance back in Tokyo Game Show 2019. Here’s what we think of the game modes’ initial build: