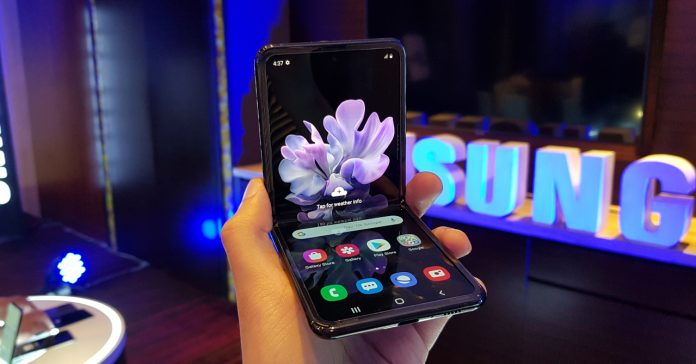 Aside from launching the Galaxy S20 line, Samsung also unveiled a cool new smartphone, the Galaxy Z Flip. The Z Flip is Samsung’s second foldable smartphone, but unlike the Galaxy Fold (Samsung’s first foldable), the Z Flip has a form factor inspired by flip phones of old that makes it an incredibly portable device. 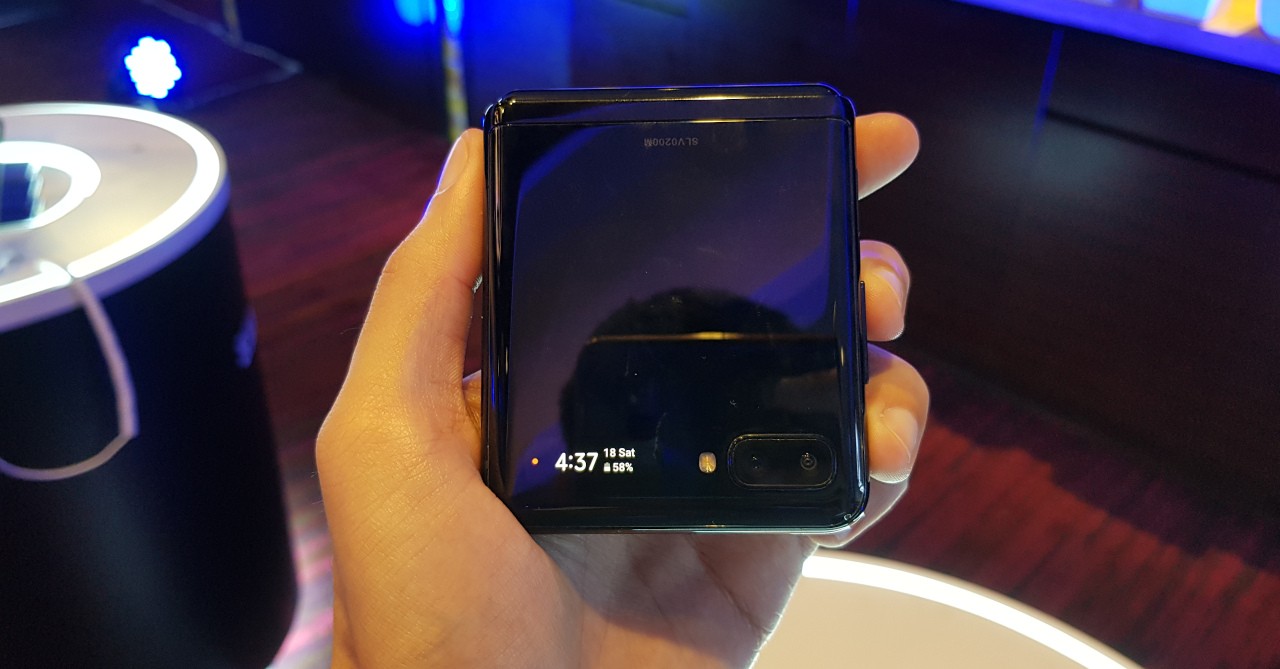 In the folded mode, you can see the Z Flip’s 1.1-inch cover screen, and beside it is the 12MP wide + 12MP ultra-wide dual camera setup. The Z Flip’s cover screen is a tiny display, but it shows notifications and the time/date; it can even show a camera preview (quite clearly I might add). 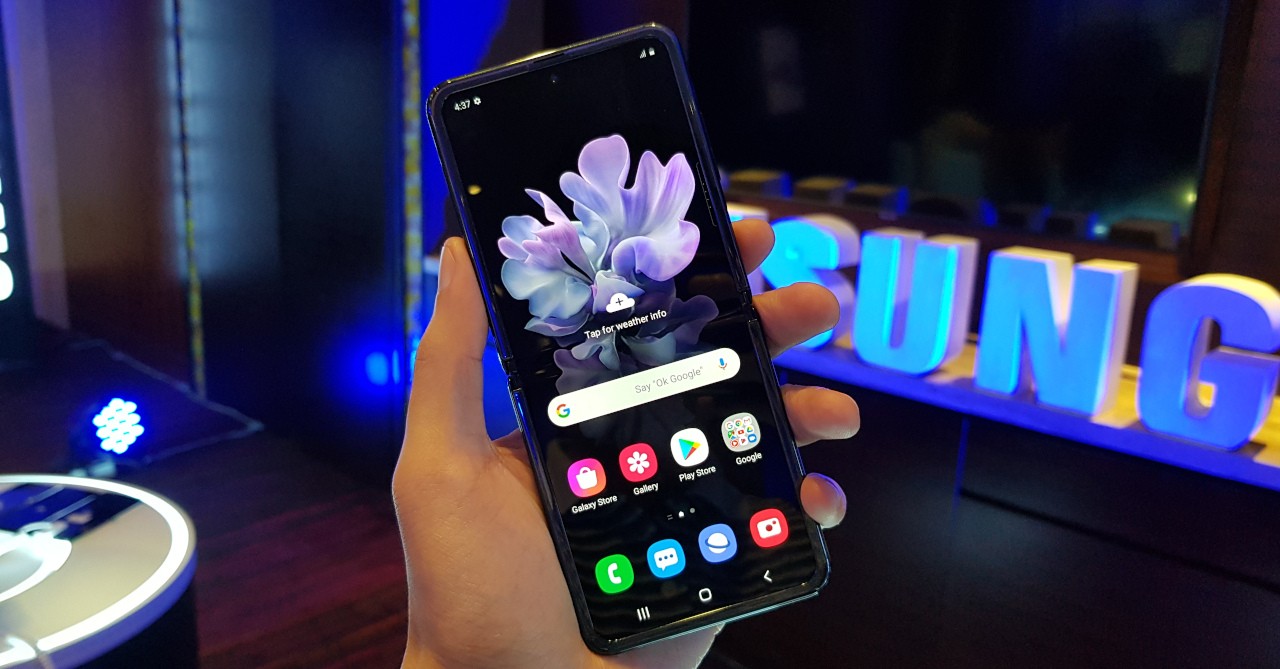 When you flip it open, you’ll see the Z Flip’s 6.7-inch Dynamic AMOLED Infinity Flex display with a tall 21.9:9 aspect ratio. The display has a holepunch notch that houses a 10MP selfie camera.

Specs-wise, the Galaxy Flip Z has a Snapdragon 855+ Processor, 8GB of RAM, 256GB of internal storage, a side-mounted fingerprint sensor, and a 3,300mAh battery 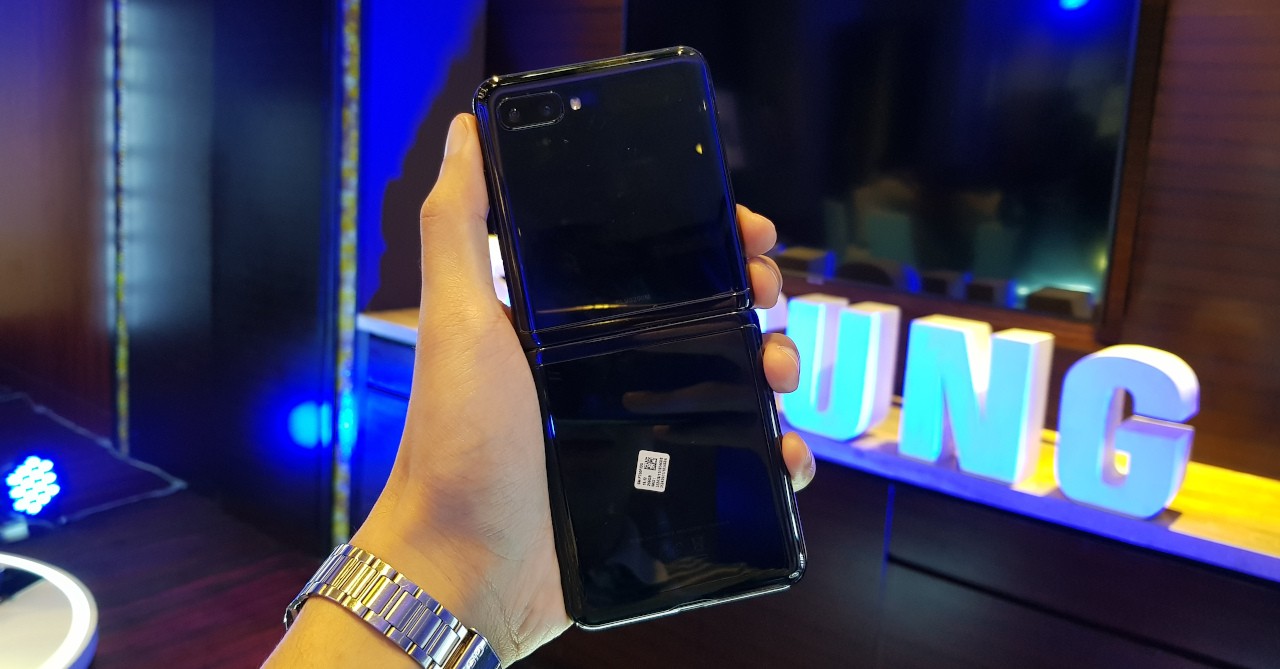 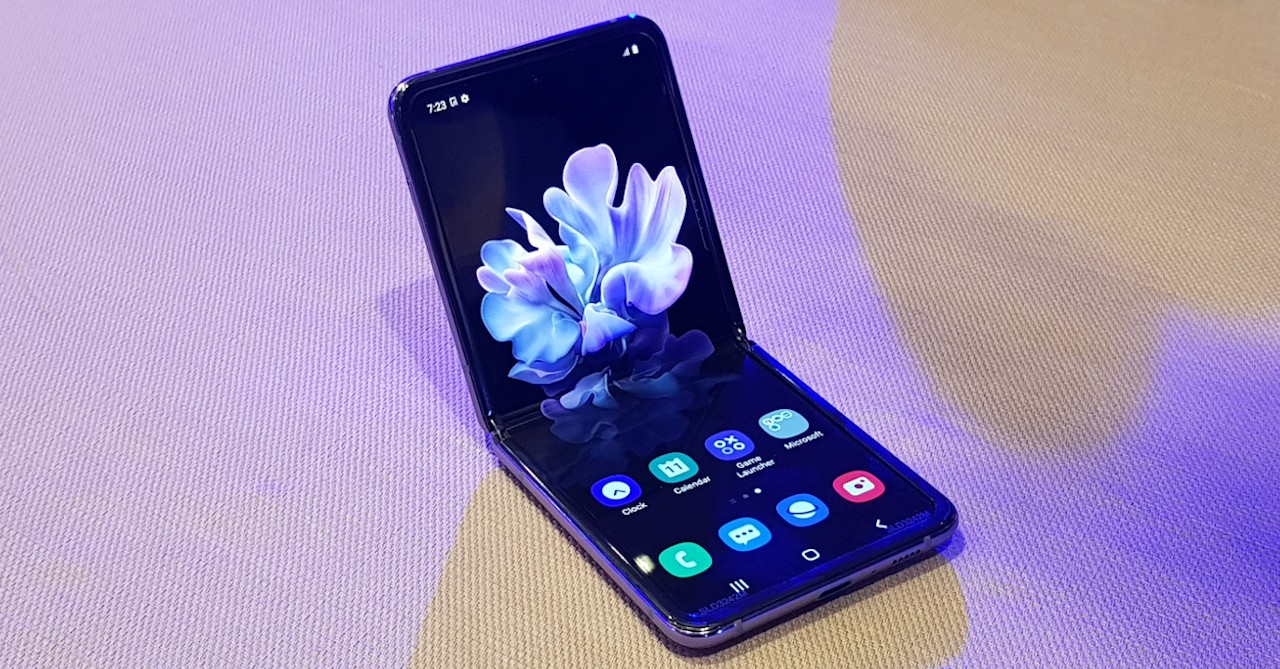 The coolest thing about the Flip Z’s folding mechanism is that it doesn’t have to be fully opened in use; this means that you can use the Flip Z even when it’s only open partway. This opens up a number of interesting uses such as vlogging while the phone is set on a table, meaning you won’t need a tripod or a stand to record yourself steadily. 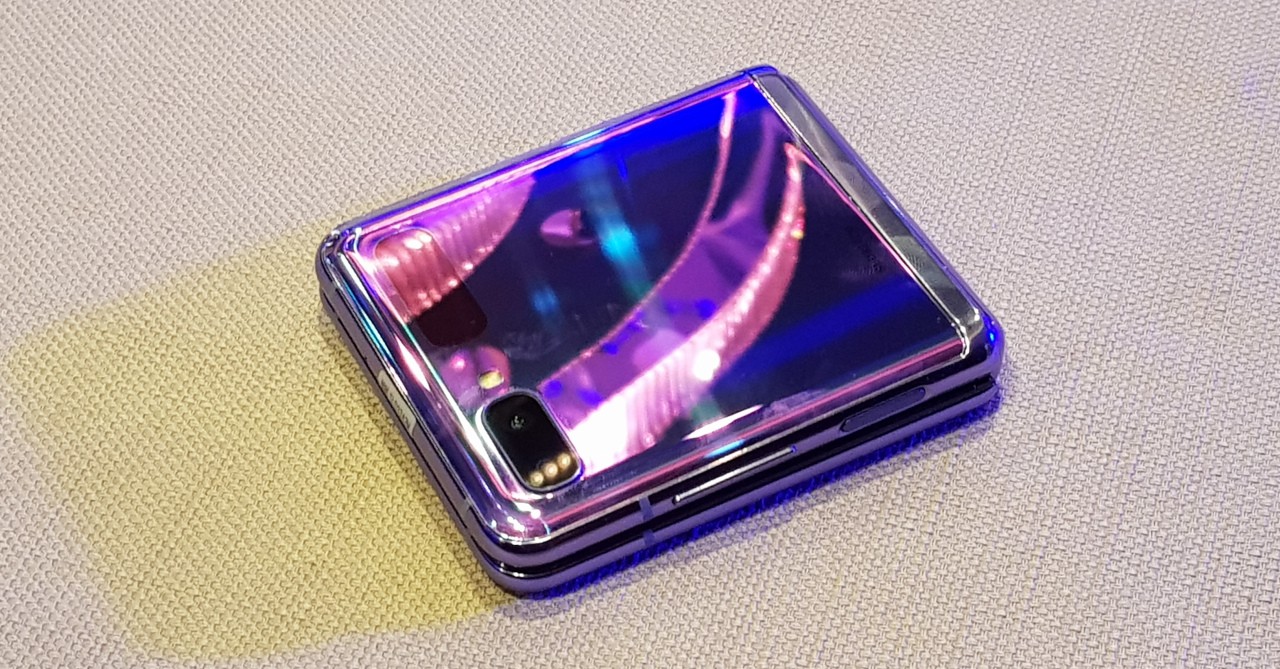 During the phone’s launch, there were only a limited number of Flip Z units, so we didn’t have much time to explore the phone’s various features. From the looks of it though, the Flip Z is definitely an interesting and innovative smartphone, thanks in large part to its unique form factor.

The Samsung Galaxy Flip Z will be available in the Philippines later this February, with pricing to be announced soon.

- Advertisement -
Previous article
Samsung unveils the Galaxy S20, S20+, and S20 Ultra
Next article
Redeem this free ‘The Last of Us 2’ dynamic theme on the PlayStation Store now