Welcome to the future of connectivity! 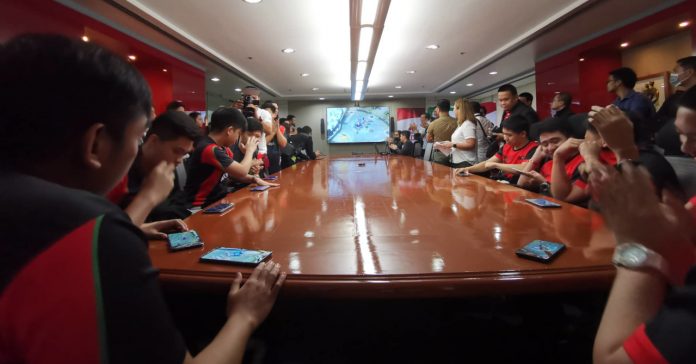 5G is the future of connectivity as it offers blazing-fast speeds that will enable various tech such as driverless cars and other innovations. Aside from these though, 5G is also great news for gamers as it lets players game with incredibly low-latency.

That is the case when Smart held its first-ever 5G-powered esports exhibition match at the PLDT HQ. The showmatch featured athletes from PLDT-Smart Omega and Cignal Ultra Warriors who played on Smart’s 5G network using Huawei Mate 5G, the OPPO Reno 5G and the ZTE Axion 5G handsets.

“5G is very promising and I am very excited to know that it will be promising for The Nationals. The athletes would surely love the lower latency which would allow them to maximize their response times and teams will benefit from other use cases like instant download of replays and access of VODs for their reviews and strategy phases,” said Darren Vitug, Commissioner of The Nationals.

Smart’s push for 5G in the gaming world doesn’t end with the showmatch though. The telco is also set to deploy indoor 5G coverage to support the training grounds of various esports teams under The Nationals.

The dream of 5G connectivity for all is steadily becoming a reality as PH telcos such as Smart are starting to roll-out 5G internet connections to various areas in the country. For instance, Smart has activated the Philippines’ first 5G base stations in Makati and Pampanga in 2018, transforming Makati City and New Clark City into the PH’s first Smart 5G cities. Meanwhile, Araneta City also became the country’s first Smart 5G Lifestyle Hub, featuring 5G-enabled shopping malls.

“We have always been a staunch supporter of this growing industry, and part of this commitment is making the best of our technologies available for the advancement of esports in the country,” said PLDT Chief Revenue Officer and Smart President and CEO Alfredo S. Panlilio.