A network test for the game is also happening on April 25-27. 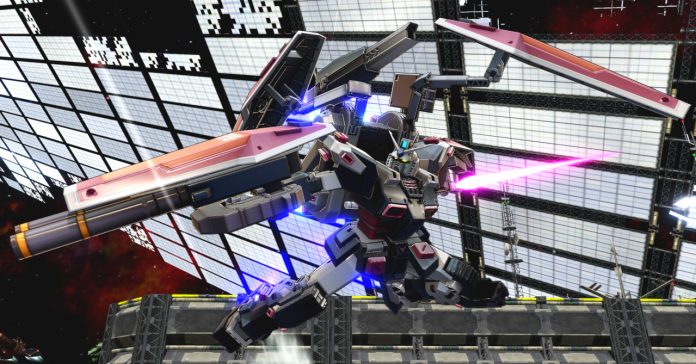 Bandai Namco recently announced that the upcoming Gundam title, Mobile Suit Gundam Extreme Vs. MaxiBoost ON launches on July 30, 2020 for the PS4. In case you’re unfamiliar with the game, this new Gundam title is a 2-on-2 arcade fighting game.

Mobile Suit Gundam Extreme Vs. MaxiBoost On is described by Bandai Namco as:

“Set in the globally iconic GUNDAM universe, MOBILE SUIT GUNDAM EXTREME VS. MAXIBOOST ON enables players to take 2-on-2 combat to the next level with Mobile Suits spanning the entire breadth of the franchise’s history. In total, MOBILE SUIT GUNDAM EXTREME VS. MAXIBOOST ON features 183 playable units from 36 different GUNDAM iterations, each with unique abilities designed to match any fan’s personal playstyle. Players can choose between three different EX BURST Systems—FIGHTING BURST, EXTEND BURST and SHOOTING BURST—to coordinate with allies and lay waste to all that stand—or fly—in their way!”

Aside from the game’s release date, Bandai Namco also announced a Network Test for the game that’s scheduled from April 25, 2020 at 6 pm to April 27, 2020 at 10 am. Details of the Network Test are as follows: