Get it while you still can! 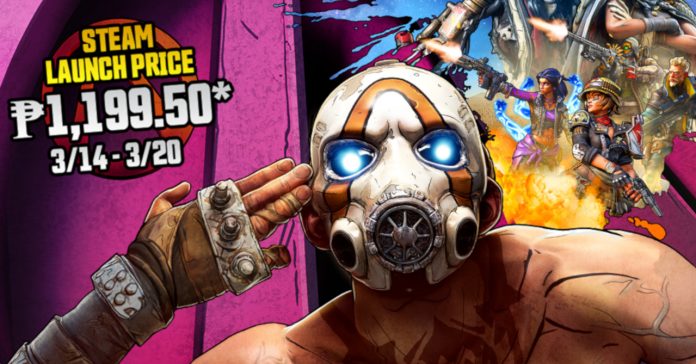 In case you missed it, Borderlands 3 has finally been released on Steam last Friday, March 13. While the game has been released for quite some time now on PC, the game was an Epic Games Store exclusive until last week’s Steam release.

Still unsure if you should get Borderlands 3? Well this might just convince you — the game is currently on a special offer of only PHP 1,199.50 for the Standard Edition! Here are the introductory prices for the game’s three editions:

Better hurry though, the special offer for Borderlands 3 on Steam will only be available until March 20, 2020. To top it all off, early adopters on Steam can also download the Gold Weapons Skin Pack for free now until April 2, 2020 at the Borderlands 3 DLC product page on Steam. 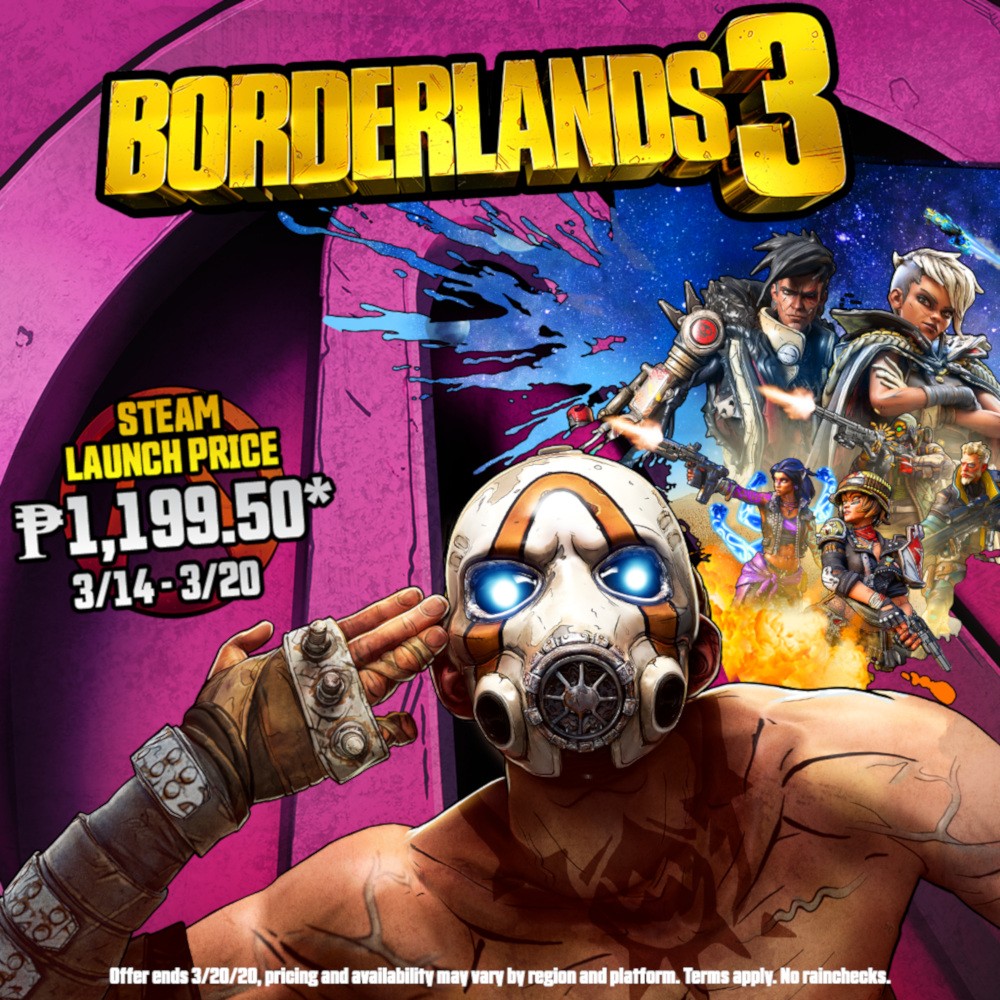 Borderlands 3 on Steam features PC crossplay between Steam and Epic Game Store versions of the game. Owners of Epic Games Store versions of BL3 will also be able to transfer their save files to the Steam version (albeit manually).

The game’s Steam version includes all of BL3’s updates and bonus add-on content to date, this includes Takedown at the Maliwan Blacksite. Additionally, owners of the Super Deluxe Edition and Season Pass holders will receive the ‘Guns, Love, and Tentacles: The Marriage of Wainwright & Hammerlock‘ expansion on March 27, 2020. The expansion will also be available for individual purchase.

For more information on the game, visit borderlands.com.