Final Fantasy III is now available on Steam in the Philippines

Plus, the game's on sale for both console and mobile until today! 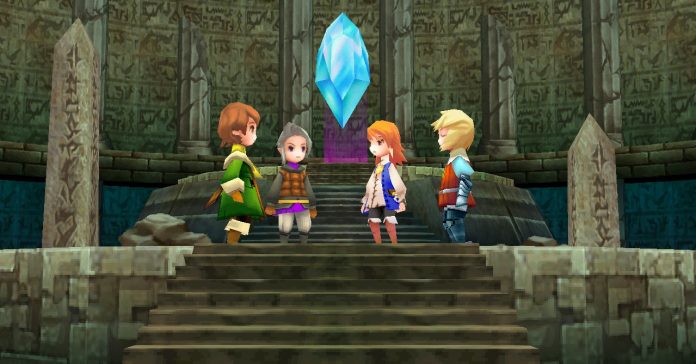 While Final Fantasy III has been released on Steam for a couple of years now, the game was only available back then in some countries; it was also available on mobile worldwide.

To celebrate the game’s worldwide Steam release, Square Enix announced a 50% discount for Final Fantasy III on Steam, as well as on the App Store and Google Play Store. Better hurry though, the sale is only available until today, March 2, 2020.

In case you’re unfamiliar, Final Fantasy III was originally released in Japan for the Family computer back in 1990 (with the English FF3 actually being Final Fantasy VI). The game did not get an international release until the Nintendo DS remake in 2006. FF3 was then ported in the following years to iOS, Android, and the PSP. All version of the game that are currently available, including the Steam version, are based on the Nintendo DS remake.

Final Fantasy III is described as:

“Follow four youths chosen by the crystals as they embark upon a journey to save the world when darkness falls and the land is robbed of light.”

Final Fantasy III is available now on Steam with a standard price of PHP 750. Meanwhile, the game is available on the App Store and Google Play Store for PHP 749.