‘Ghost Recon Breakpoint’ gets a major update + a free weekend 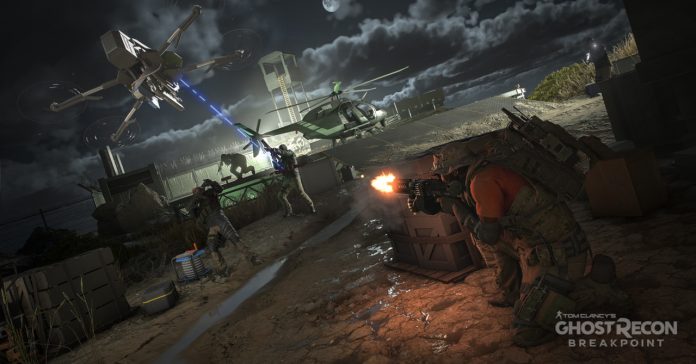 Tom Clancy’s Ghost Recon Breakpoint may not have had the smoothest launch, but the developers over at Ubisoft are hard at work fixing up the game. Now, everyone will finally get to try the revamp as Ghost Recon Breakpoint is free this weekend (March 26-29, 2020) to celebrate the release of Title Update 2.0 — the biggest update in the game so far.

Title Update 2.0 brings various new features and content, the biggest of which is Deep State, a new story adventure that lets players team up with Sam Fisher of the Splinter Cell series.

Deep Slate is described by Ubisoft as:

“Players will team up with Sam Fisher, the renowned character from Tom Clancy’s Splinter Cell®. Together, they uncover a plot to develop mind-controlled military drones, and they will have to stop its development on Auroa. The Adventure will introduce new stealth-focused gameplay elements and feature cinematics with the voice of Michael Ironside.”

Deep Slate will be available to all Year One Pass owners or as a standalone purchase. All players will have access to the first mission and its 2 rewards for free, and will be able to join co-op parties with friends owning the Adventure.

Alongside Deep Slate, Breakpoint is also getting two new classes in both PvE and PvP modes:

Title Update 2.0 brings The Ghost Experience, a new mode that “will offer new immersive and tactical options to players and let them fully customize their experience, with the possibility of removing gear level and using a more realistic loot system.”

For more information on the new features of Title Update 2.0, visit https://www.ghostrecon.com/PatchNotes2_0_0.

Tom Clancy’s Ghost Recon Breakpoint is available now on PS4, Xbox One, and PC. The game will be free to play from March 26-29 on all three platforms.