Does this mean we'll see more PS4 exclusives on PC? 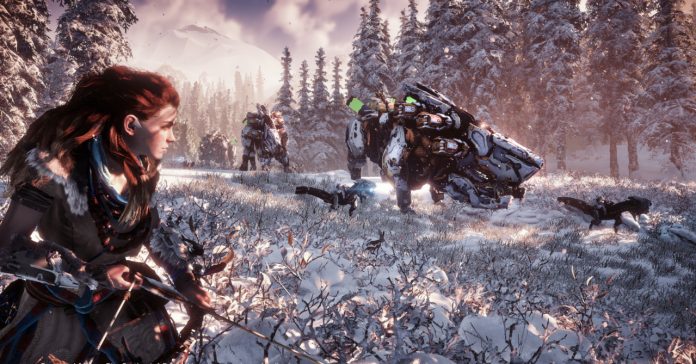 Following rumors of a PC release for Horizon Zero Dawn, Guerilla Games has finally confirmed that its PS4 title will no longer be exclusive to the console as Horizon Zero Dawn: Complete Edition is set to release on PC this Summer! In fact, the game’s official page is up now on the Steam store.

Horizon Zero Dawn: Complete Edition includes the base game, as well as ‘The Frozen Wilds’ DLC expansion which adds substantial singleplayer content, including a new storyline, land, and enemies.

Released back in 2017 for the PS4, Horizon Zero Dawn became one of the best-selling and most acclaimed PS4 exclusives, and for good reason. The game is a polished experience that offers fun gameplay, a gripping story, and memorable characters. What makes it even more impressive is that it’s Guerilla Games’ first open-world action game ever as the studio only worked on the FPS series Killzone since the PS2 days.

Horizon Zero Dawn’s PC release is quite surprising given how successful it is as a PS4 exclusive. Though it does make sense considering other Sony-funded titles such as Detroit: Become Human and Death Stranding got PC releases (will get for Death Stranding).

While this might seem to signal a change in strategy for PlayStation, a recent interview with Sony Worldwide Studios Head, Hermen Hulst says otherwise. On the topic of the Horizon PC release, Hulst said that Horizon Zero Dawn is a great fit for PC as a showcase to PC players of what they’re missing out on. There’s also no plan so far future PC releases of PlayStation exclusives.

- Advertisement -
Previous article
Huawei announces pricing and pre-order details for the Nova 7i in the Philippines
Next article
Re:Zero Season 2 premiere has been delayed due to the coronavirus outbreak