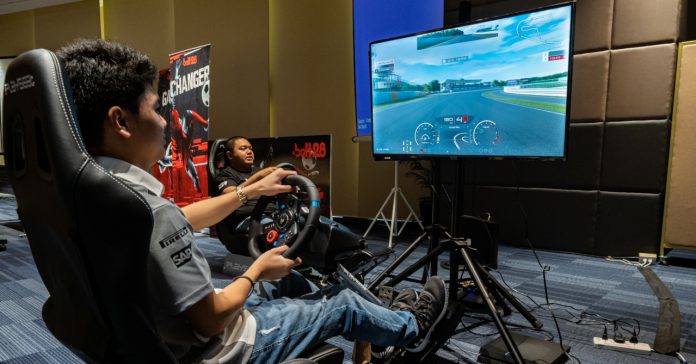 One such event is Bolt28 Sim Racing, an esports racing tournament happening this April!

Bolt28 Sim Racing is the agency’s first major event, and it is an upcoming Gran Turismo Sport racing tournament that puts sim racing enthusiasts, professionals, and gamers head-to-head. The tournament is a 5-day event happening at SM City Clark on April 22-26, 2020.

Aside from giving racing fans and pros an opportunity to practice and/or show off their skills, the Bolt28 Sim Racing event is also part of a larger push for sim racing esports in the region.

The sim racing tournament was announced on the same day as the official launch of the Bolt28 agency. The launch event was also attended by Bolt28 ambassador, James Deakin, who had a quick racing match against a sim racing pro.

For more info on Bolt28, visit the agency’s official website at www.bolt28.com.

- Advertisement -
Previous article
The Free Fire Champions Cup and CoD Mobile — Garena Invitational are postponed due to the COVID-19 outbreak
Next article
Is Dreams for the PS4 worth getting if you don’t like making games?