There’s a Star Wars live orchestra concert happening this May at Solaire! 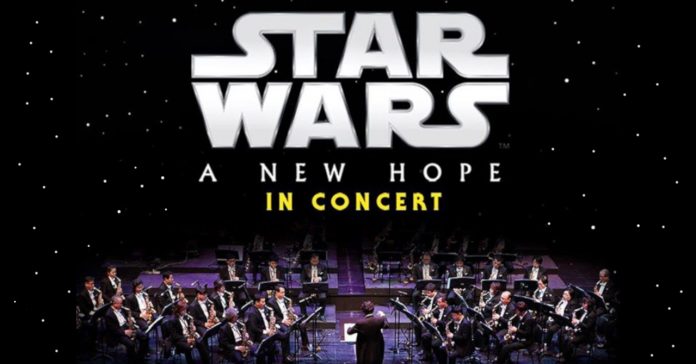 Do you and your significant other love Star Wars? Well here’s a date night idea that’s sure to be up your alley! CC:Concepts is holding Star Wars: A New Hope In Concert on May 30-31 at the Solaire Resort & Casino.

The concert will feature a full screening of the first Star Wars Movie alongside a live orchestra performance of the film’s iconic music performed by the ABS-CBN Philharmonic Orchestra, and conducted by Gerard Salonga.

Yup, this means that not only will you see A New Hope in high definition, you’ll also be treated to a live performance of the soundtrack! This is definitely the perfect Star Wars date night.

Look back at the Episode that started an iconic saga. Watch rebels jump into hyperspace, stormtroopers miss every shot, and scoundrels travel from one planet to another in an attempt to save the galaxy from the rule of the Empire — all in high definition as the ABS-CBN Philharmonic Orchestra performs John Williams' award-winning score.Luke Skywalker, Princess Leia, and Han Solo return to the big screen on May 30-31, 2020 for Star Wars: A New Hope in Concert at The Theatre at Solaire. Prepare your lightsabers and robes as we embark on a journey to a galaxy far, far away. Tickets are now available at https://bit.ly/32w0Me6#StarWarsinConcertPH#CCConceptsPH

Interested in attending the concert? Here are the ticket prices:

Better hurry though as the show will only run for two nights. So book your tickets now at TicketWorld.