They don't come cheap though. 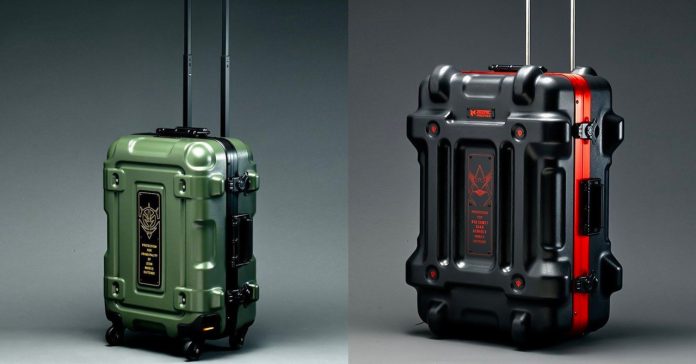 While travelling is not recommended right now due to the COVID-19 outbreak, if you’re looking to travel in geeky style once the outbreak ends, these new suitcases might just be for you!

STRICT-G and PROTEX (a renowned Japanese luggage brand) recently unveiled a new line of suitcases that are inspired by Mobile Suit Gundam. The Gundam luggage collection features four suitcases, with each featuring water and corrosion resistance, as well as a rigid build thanks to high-density polyethylene (HDPE) material.

Of the four suitcases, two are based on the PROTEX CR-3300 model which are designed as carry-on bags. Each of the two carry-on suitcases feature designs based on Zeon Army Zaku and Char Aznable’s Zaku II respectively.

The other two suitcases are based on the PROTEX CR-4000 check-in luggage model. While much larger and bulkier than the former suitcases, the CR-4000 gundam cases also come in two designs, also based on the Green Zaku II and Char Aznable’s Zaku II.

- Advertisement -
Previous article
You can now order these retro ‘Final Fantasy 7’ figures in the Philippines
Next article
Sources: E3 2020 is cancelled due to the ongoing coronavirus outbreak