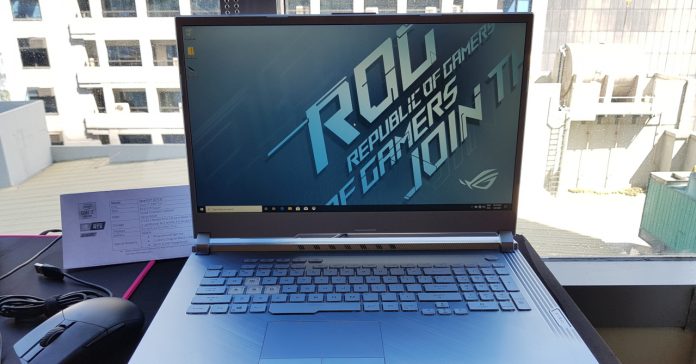 A few weeks ago, ASUS invited various tech publications for a sneak peak at the new ROG gaming laptop line for 2020. The new lineup is headlined by the Zephryus Duo, ROG’s first-ever dual-screen gaming laptop.

While the Zephyrus Duo is no doubt the highlight of ROG’s new gaming laptop line, the rest of the laptops in the series are just as interesting. Not only do the new gaming laptops from ROG come with impressive designs, they’re also packed with powerful hardware, including 10th Gen Intel Core CPUs and NVIDIA RTX SUPER graphics cards. 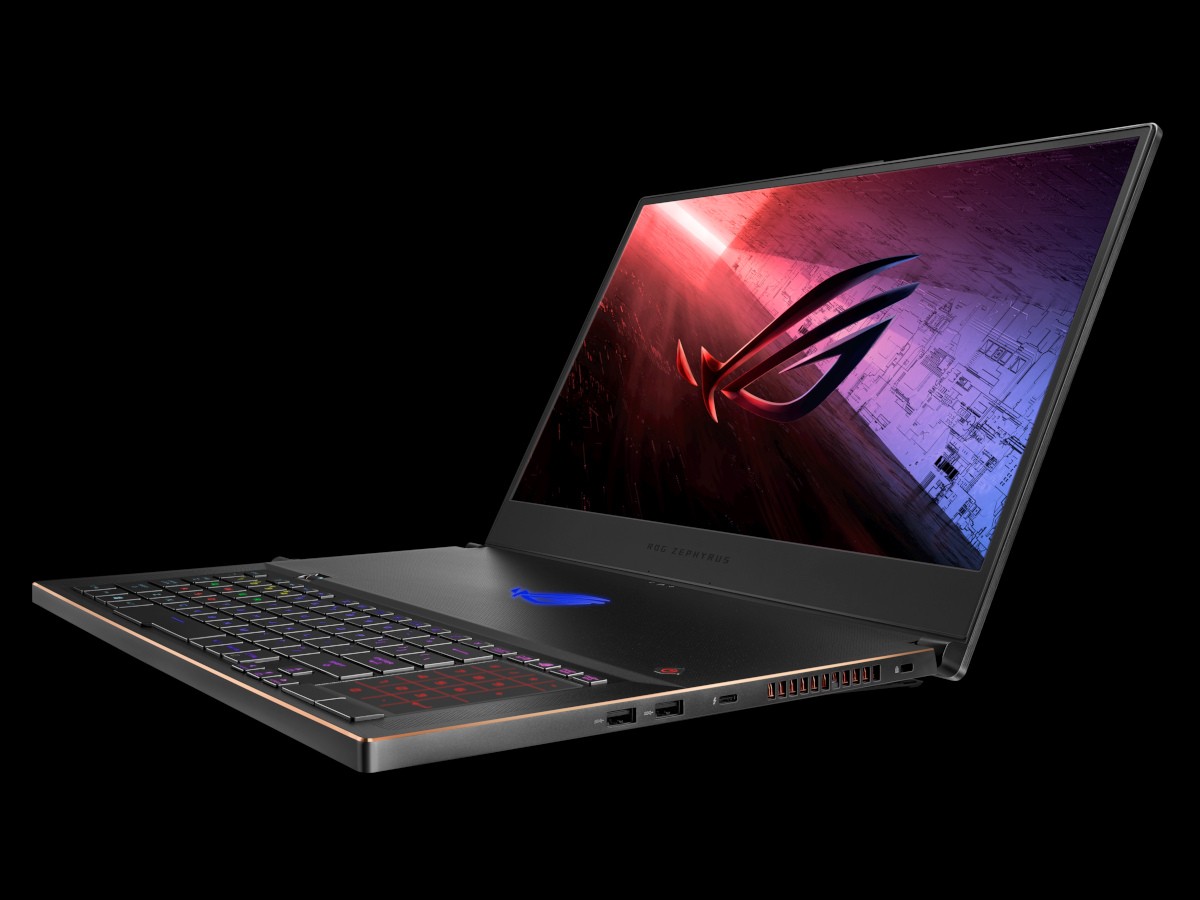 The biggest and baddest of the bunch (save for the Zephyrus Duo) is the Zephyrus S17, powerful gaming laptop that features a 17.3-inch 300Hz display, all while still being portable with its 18.7-millimeter-thin chassis.

Even though it’s quite a thin gaming laptop for its size, the S17 packs lots of power. Under the hood is up to an RTX 2080 SUPER GPU and 10th Gen Intel Core i7 CPU. The S17 also has a desktop-style keyboard with per-key RGB LED backlighting, as well as a NumberPad — a trackpad/numpad combo. 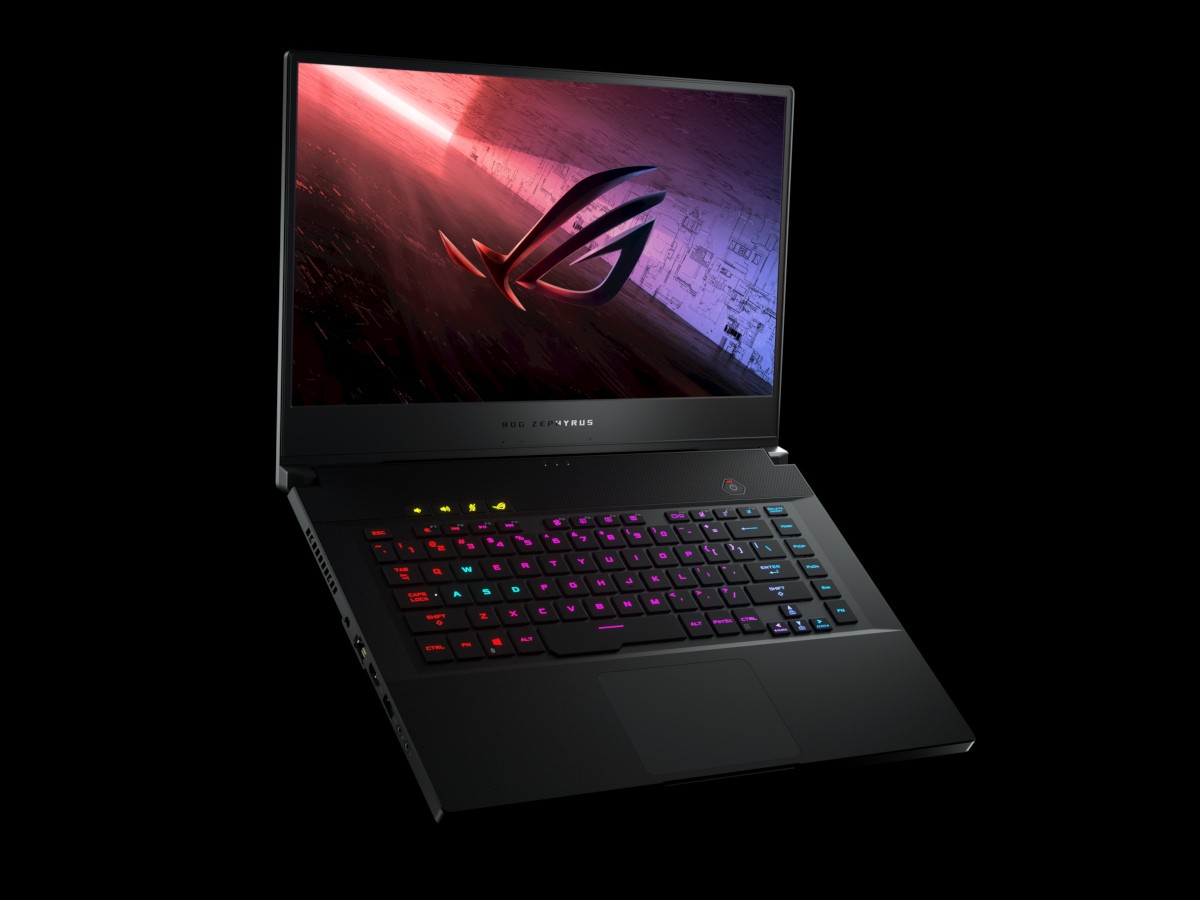 If the S17 is a bit too big for you, the Zephyrus S15 might be more your size. Sporting a 15.6-inch display and an 18.9-millimeter-thin chassis, the S15 is a slightly smaller version of the S17. In spite of the smaller size, the S15 still packs lots of power as it’s also powered by up to a 10th gen Intel Core i7 processor and RTX 2080 SUPER graphics card. Best of all, the S15’s display has a fast 300Hz refresh rate and G-SYNC support. 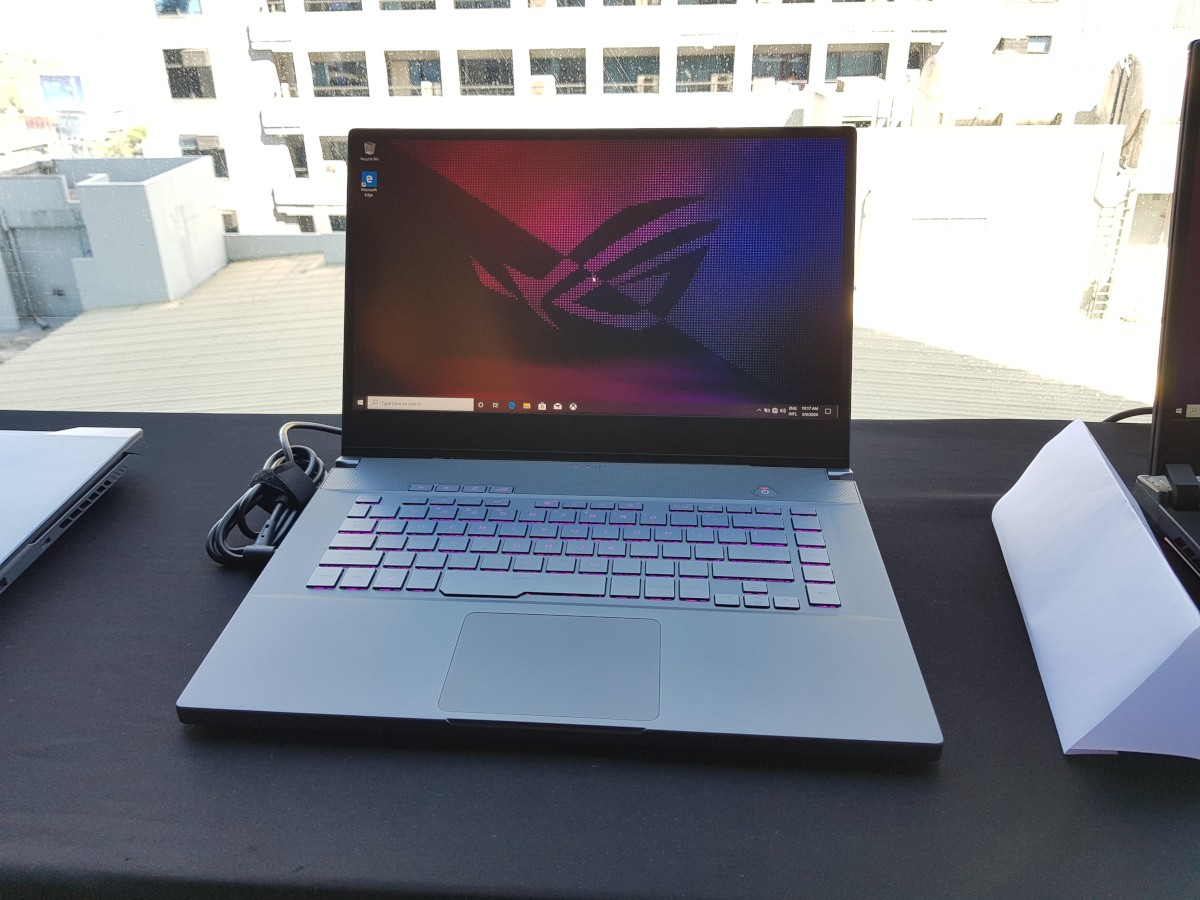 Love the S15’s form factor but looking for something slightly more affordable? The Zephyrus M15 is a gaming laptop worth checking out.

The M15 is a more budget-friendly alternative to the S line, all while still having the premium specs and design of the higher-end models. Powering the M15 is a 10th Gen Intel Core i7 processor, and it has multiple GPU options ranging from a GeForce GTX 1660 Ti up to an RTX 2070 GPU. 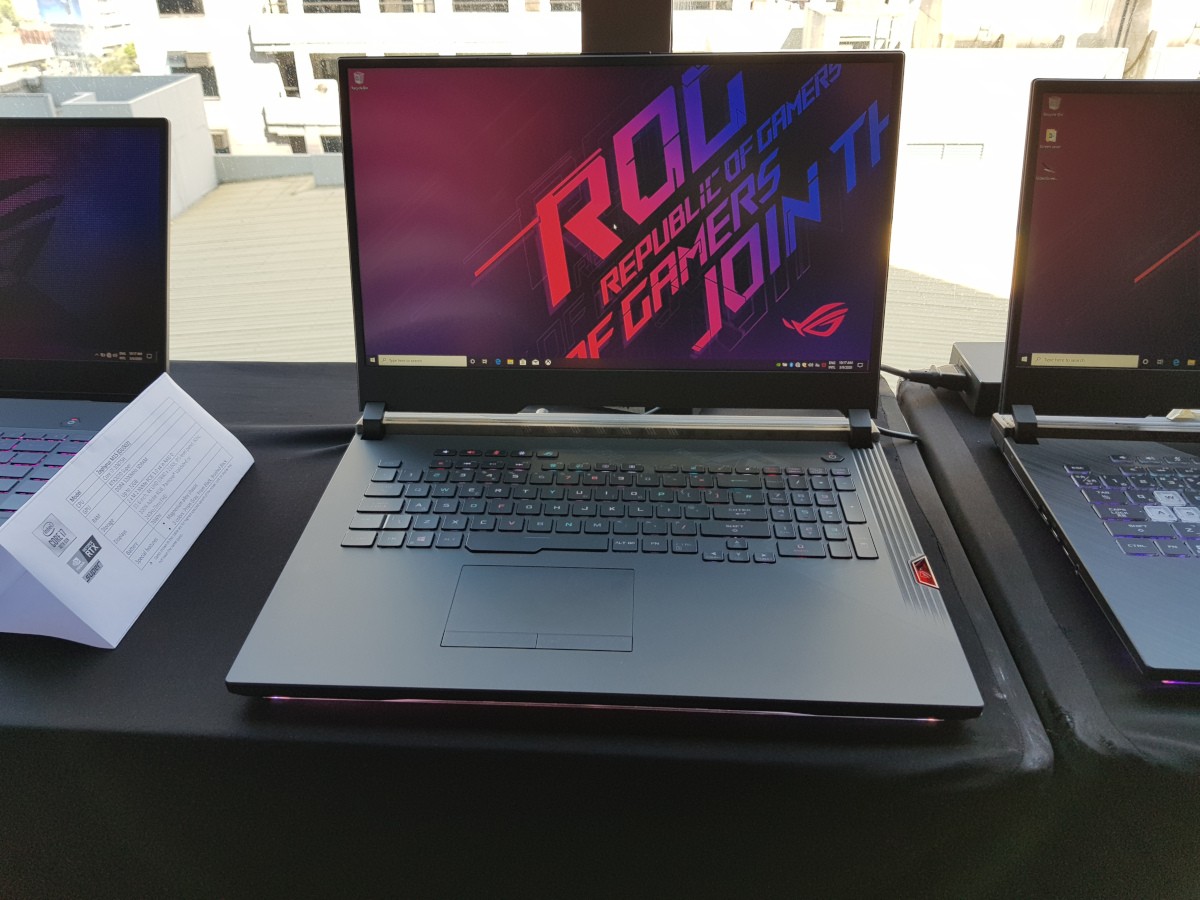 For 2020, the venerable ROG Strix lineup is also getting refreshed starting with the SCAR line. The new ROG Strix SCAR comes in two versions, the SCAR 15 and the SCAR 17. The two SCAR models share the same base design, and both laptops come with 300Hz IPS-level displays, though in different sizes. 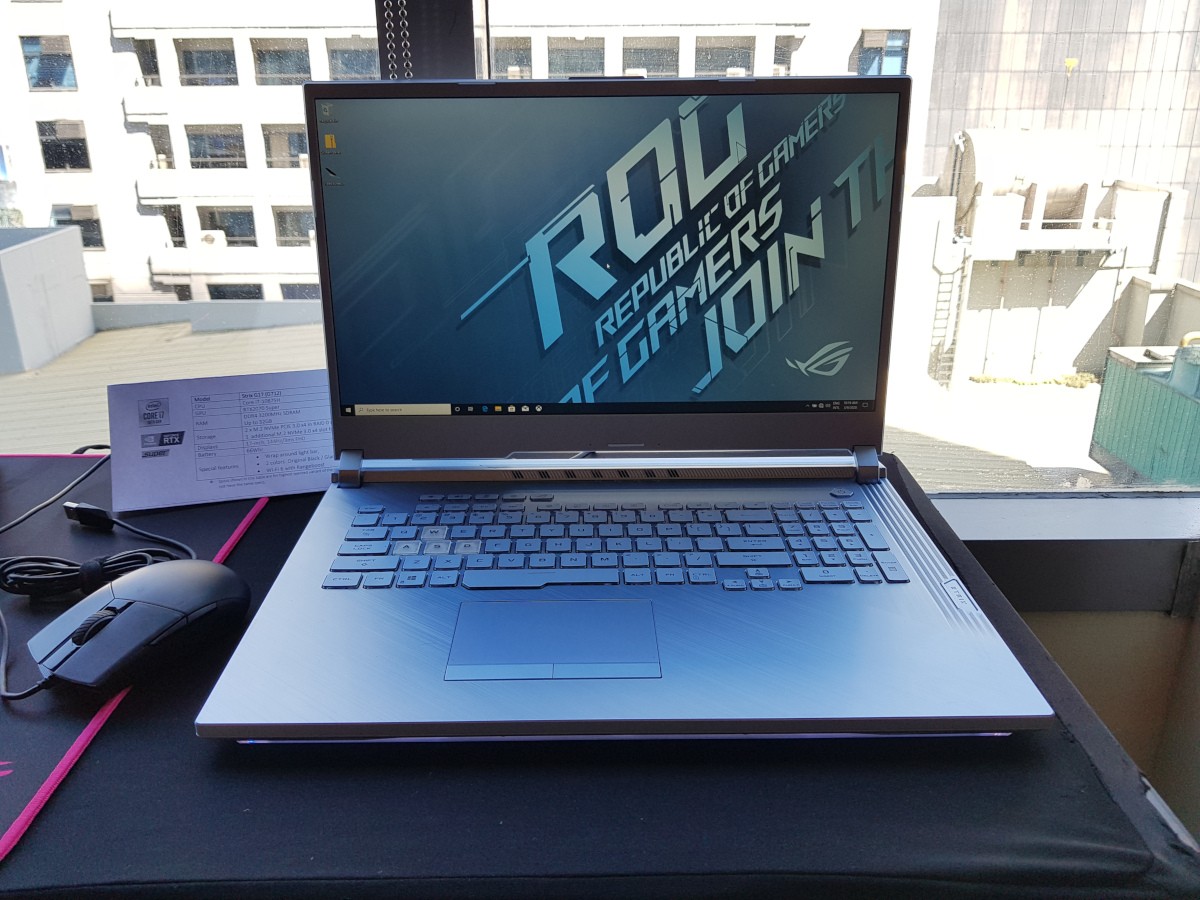 Finally, we have the Strix G15 and G17, two laptops that are powered by 10th Gen Intel processors and up to the RTX 2060 GPU. Both laptops also have 144Hz displays as standard, with an option of up to a 240Hz display.

While plenty powerful, the Strix G15 and G17’s main higlight is the range of color options. The G17 for example, has a Black and a Glacier Blue colorway. Meanwhile, the G15 has three color options: Black, Glacier Blue, and the new Electro Punk colorway: 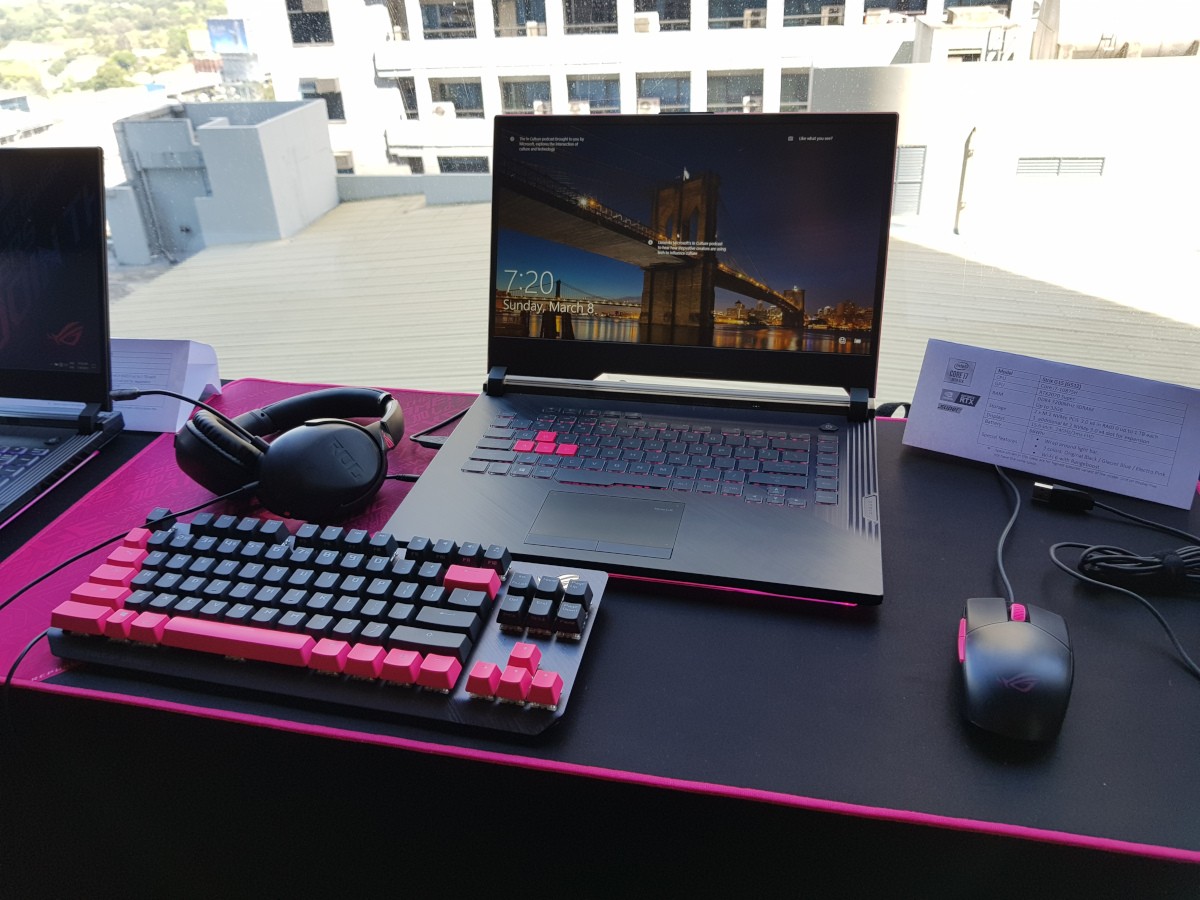 The special ROG Strix G15 in Electro Punk will be available in a special bundle that includes Electro Punk peripherals! Read more about it here:

Pricing and availability of the new ASUS ROG gaming laptop lineup will be announced at a later date.