Blizzard launches ‘Rise of the Blood God’ for WoW Classic 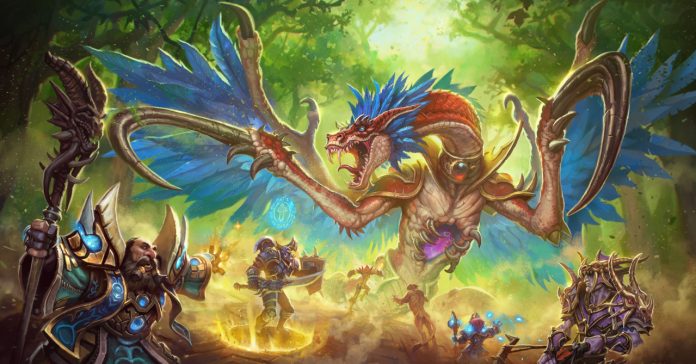 World of Warcraft Classic just received a big update entitled ‘Rise of the Blood God‘. This new update for the game adds Zul’Gurub, a max-level, 20-player raid instance that first appeared back in the original World of Warcraft. Aside from featuring 13 raid bosses, Zul’Gurub will also feature 120 new rare and epic items.

The Rise of the Blood God update is described by Blizzard as:

“Deep within the jungles of Stranglethorn, an old evil stirs in the ancient troll city of Zul’Gurub. Adventurers will need to gather 19 of their strongest allies to delve deep into the mysteries of this newly released WoW Classic raid zone, once the jewel of the Gurubashi troll tribe.

Meanwhile, the Dragons of Nightmare have made their way to Azeroth, and champions of the Horde and the Alliance will need to amass as many allies as they can to defeat them at four key portal entry points throughout Azeroth.

Lastly, master anglers will be able to prove their chops in the weekly Stranglethorn Fishing Extravaganza, which will offer cool rewards to Azeroth’s best fishers.”

Aside from Zul’Gurub, Rise of the Blood God also adds new content such as The Dragons of Nightmare and more. For more info on the new Wow Classic update, visit worldofwarcraft.com/en-us/news/23391283.

- Advertisement -
Previous articleSeason One of Hearthstone Grandmasters 2020 kicks off today
Next articleOPPO unveils the Ace 2, a new phone with fast wireless charging that’s made for gaming