Jumping out of PC gaming, the ASUS G series monitor is a console gamer’s friend 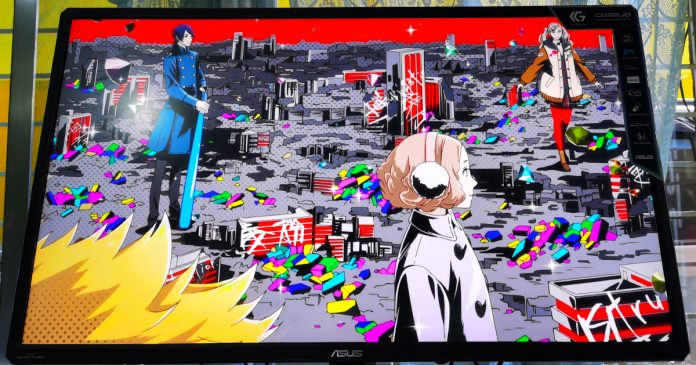 Taiwanese tech hardware giant ASUS has been known mostly for PC Gaming more than it is for consoles. It’s not one of the brands that you’d think of if you were mostly into console gaming – but that’s about to change. As gaming platforms become more homogenous, it only makes sense that ASUS opens its portfolio of hardware and services to cater a wider net of gamers. Hence, this particular monitor that we luckily got before the Luzon quarantine happened. 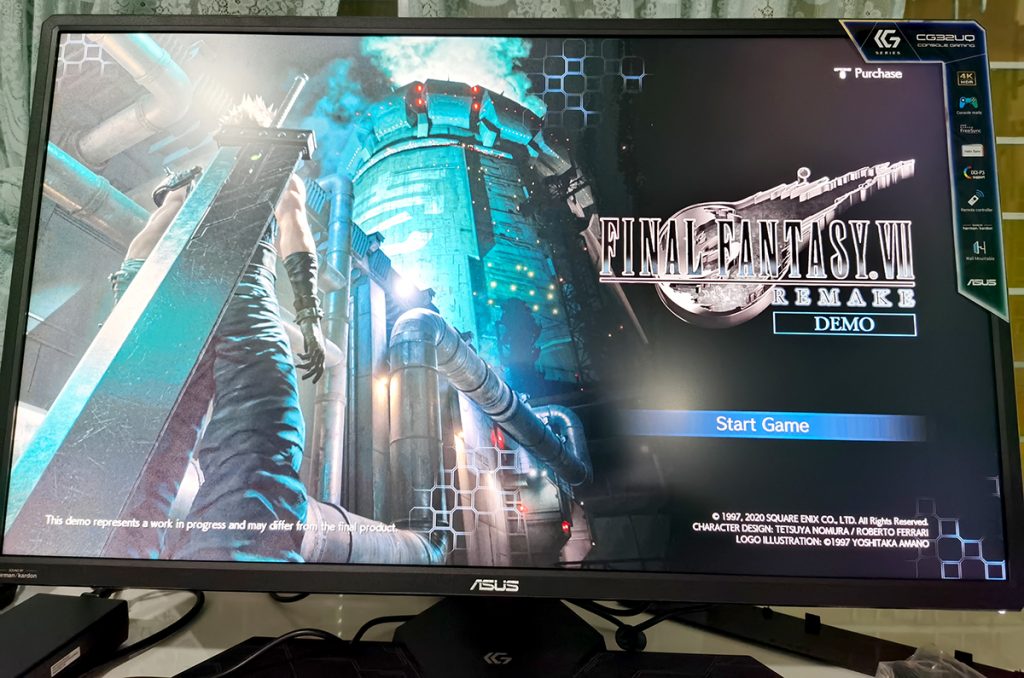 The ASUS CG32UQ is a 32” inch Console Gaming Monitor specifically designed to satisfy the demand of this generation’s console gamers. Whether you’re a Switch Player or a PlayStation Player, ASUS built this incredibly sturdy device just for you – or at least that was the intention.

Look-wise, this ASUS G Series Console Gaming Monitor offers an interesting design that’s a bit of a departure from the ROG and/or TUF Gaming style. Gaming elements could be obviously seen but instead of hard-edge, razor sharp elements that most ROG devices have, this one opted to play around with common shapes like hexagons. 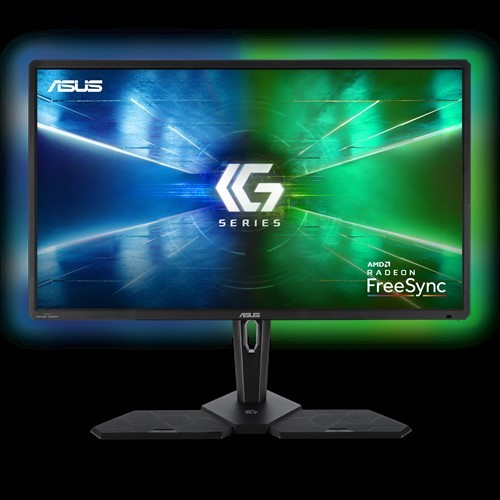 Case in point, the obvious honeycomb-like base with what seems to be a very obvious console icon engraved on it. 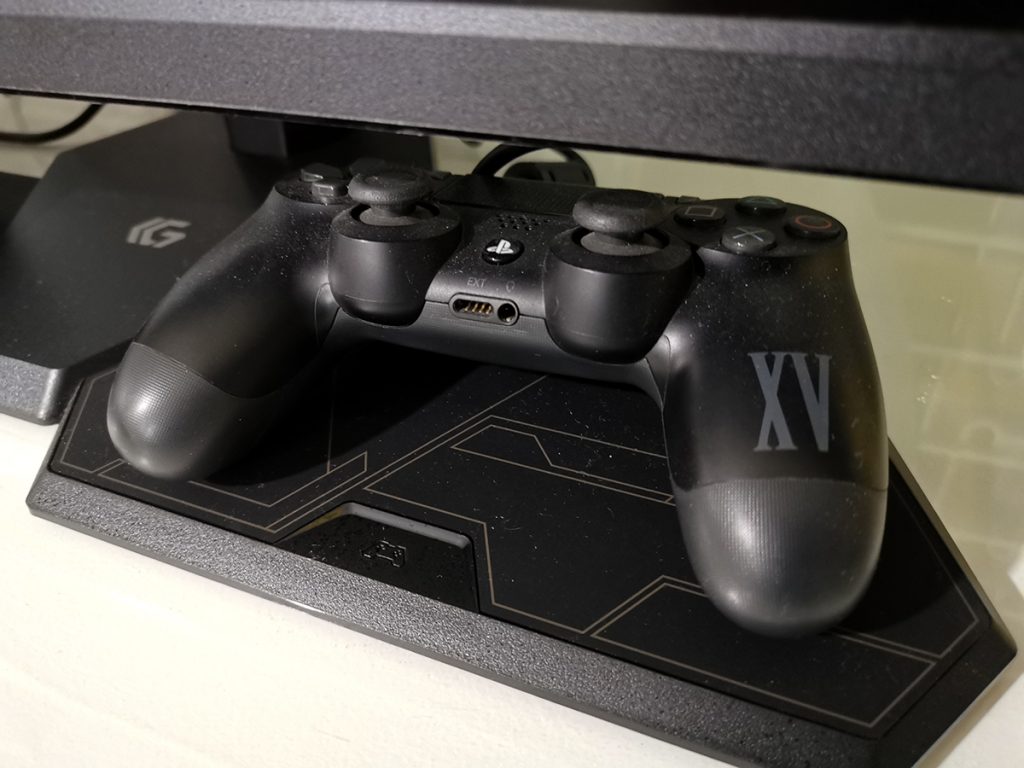 The design element is also replicated via the buttons at the back, as well as in the actual UI of the monitor. 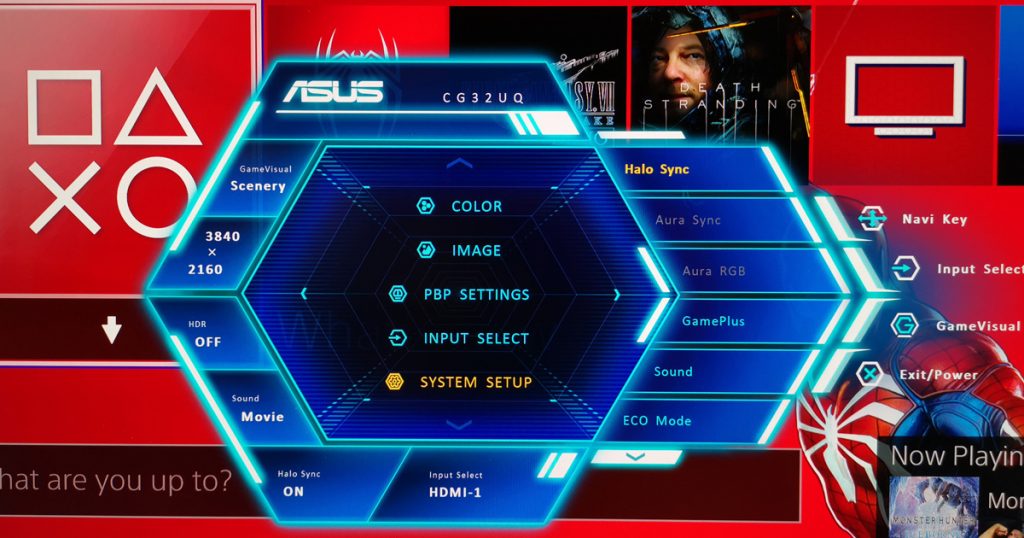 Speaking of which, it wouldn’t be a proper gaming monitor if it didn’t involve some sort of LED RGB, right? The CG32QU has it in strides and while the monitor is compatible with Aura Sync ASUS hardware, this Console Gaming Monitor is equipped with HoloSync – an LED lighting pre-program that syncs with whatever your gaming console is flashing on screen. Case in point: 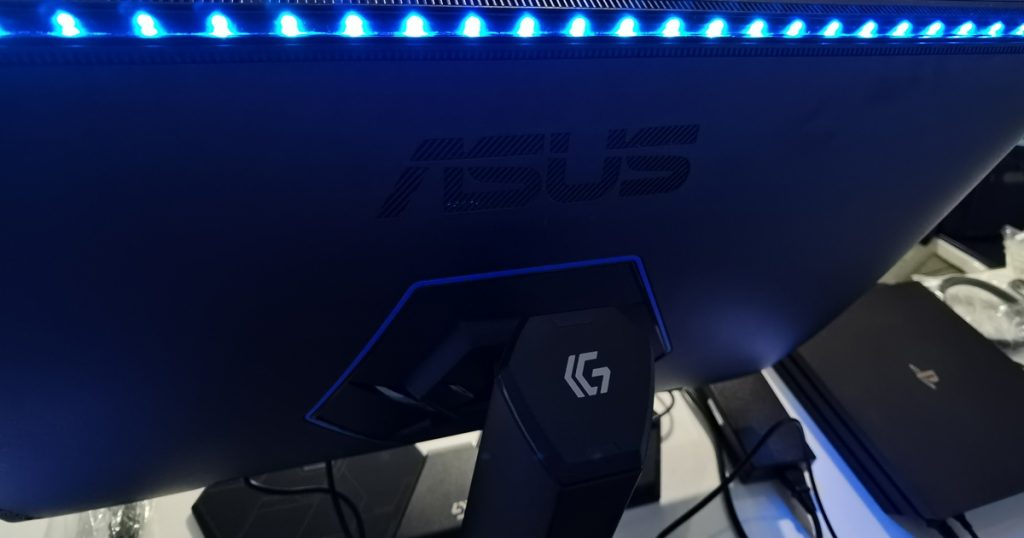 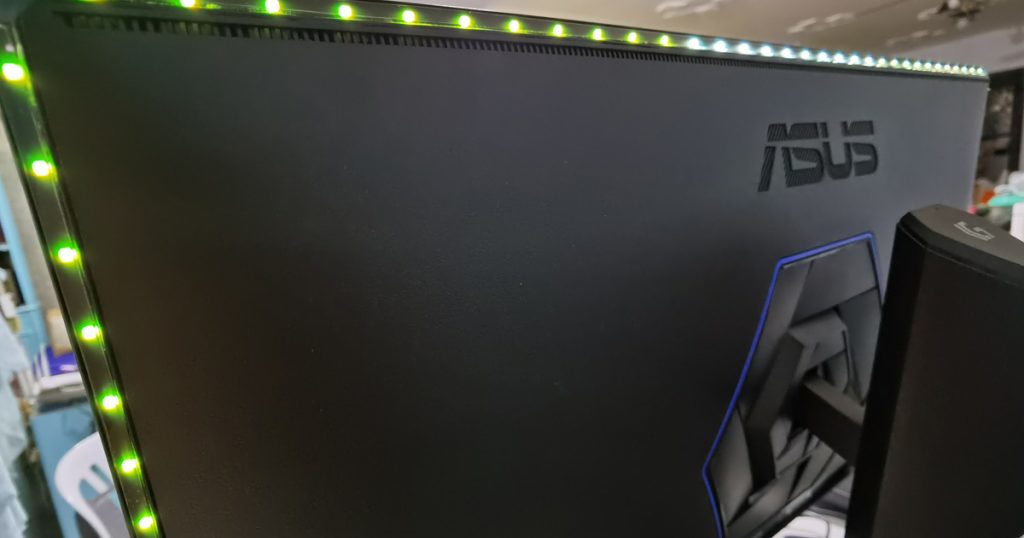 A Pretty neat addition if you ask me.

As for I/O, the ASUS CG32QU has more enough ports that you can hook more than one gaming system (more on this later) and it will run fine. The base stand even have USB Type 2 connections so you can charge your controllers if you need to! 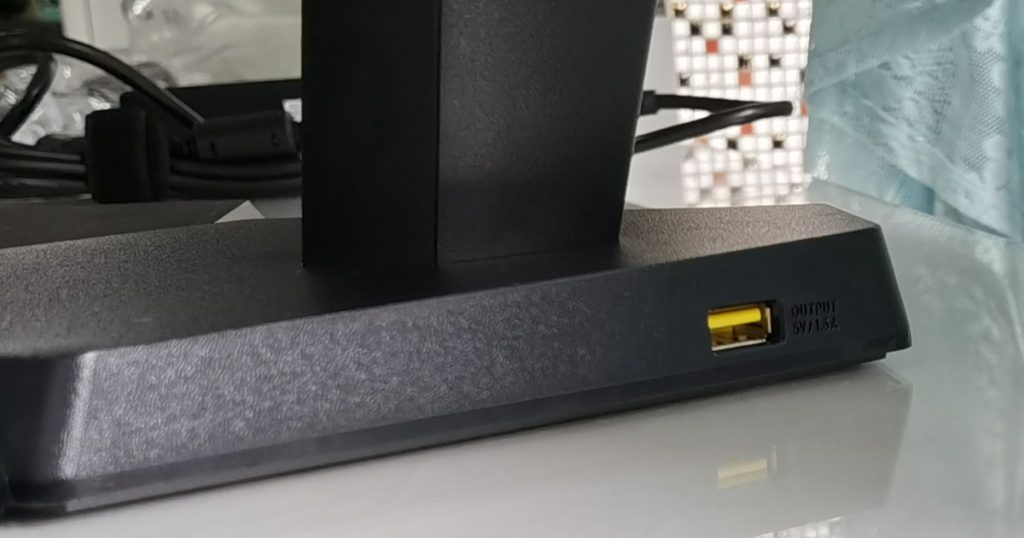 That’s not all though, if you do decide to not make use of the stand and hook the monitor to a wall-mount, you can use the base stand as a separate, uh, stand for your gaming peripherals like headsets and controllers.

I love the fact that they thought of that. 😊

Don’t have a console? You can use the monitor as a secondary screen for your laptop or a primary screen for a desktop. Having both Adaptive Sync and Freesync, the monitor can harness the full potential of your Nvdia GeForce Graphic cards (from GTX 10, GTX16 to RTX 20 series) and your AMD Graphic Cards! 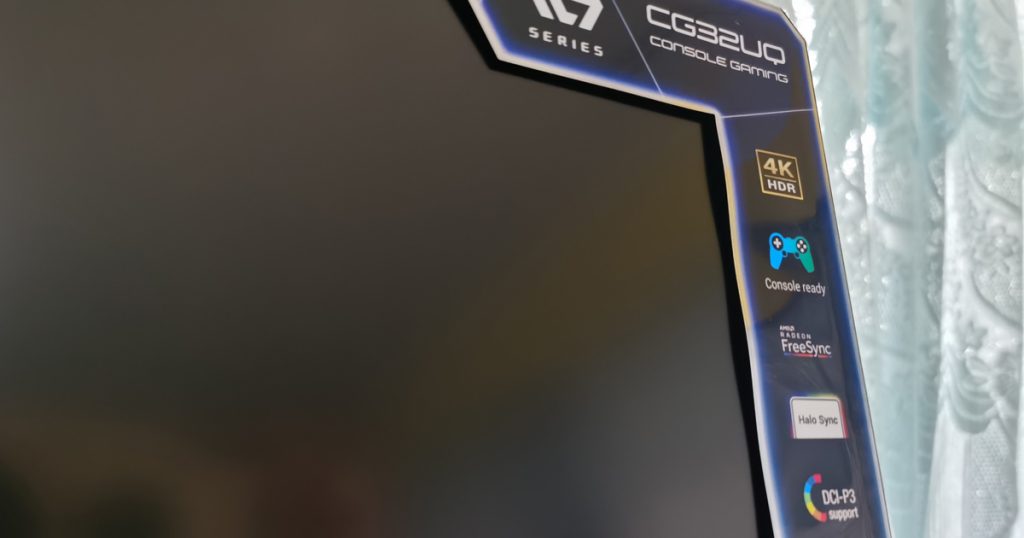 What does this do? In a nutshell, you get a smooth and tear-free gaming experience, meaning you won’t be taken out of the game because of screen tearing issues. 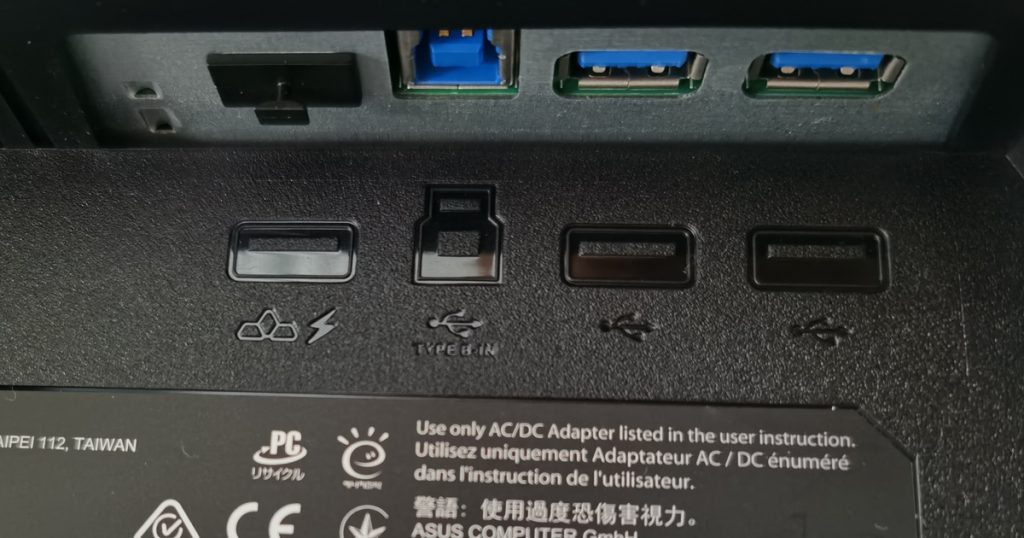 Ever since the Enhanced Community Quarantine has been put to place, I’ve been playing on my PlayStation 4 Pro more than ever, and the 4K HDR 32” Monitor is making my gameplay experience infinitely better.

Images are clear and crisp; and because of the HDR capability of the monitor, I could enjoy deep blacks, realistic shadows and light effects that help me feel fully immersed while playing. In fact, we’ve tested the monitor on various PS4 games and we’re happy with what we got. I clocked in most time with Spider-Man though, as swinging through a filled Manhattan is such a sweet departure with what’s currently happening right now in the real world. 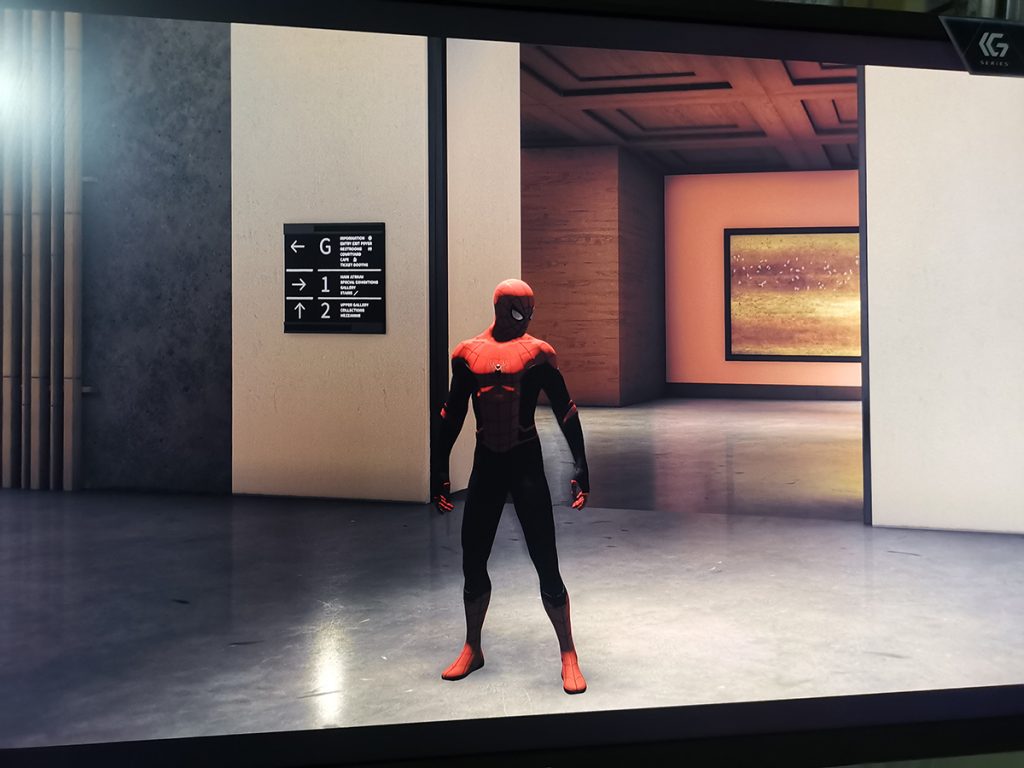 If there is one complaint I have from this monitor, though, is you can’t really tilt the screen downwards. You can pull it up and down but that’s about it on stand-mode. Of course, if you do decide to hang it on a wall, it’s a different subject altogether.

The honeycomb base-plate of the stand also serves as a place where you can put your console controllers and other peripherals as well. Initially, I thought the stand has NFC in it so you can charge whatever wireless devices you have but the rubberized texture is just there for aesthetic. Ho-hum.

In addition to its impressive gaming performance, the ASUS CG32UQ is also equipped with a professional-grade DCI-P3 95% professional color gamut which delivers excellent color and contrast. The setup actually meets the DisplayHDR™ 600 certification, meaning it’s also a match for content creators such as graphic designers, video editors, and more. 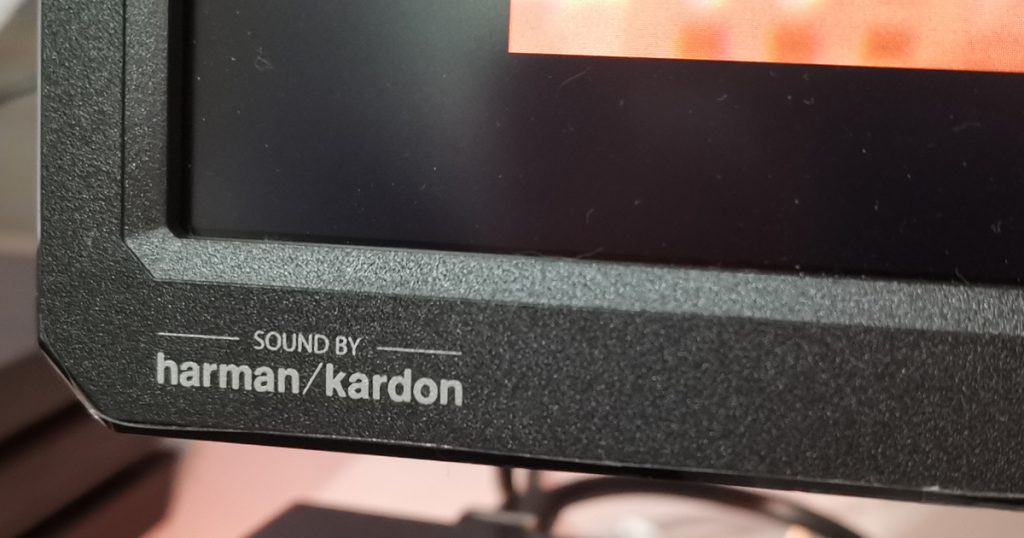 Most gaming monitors would have you rely on an external third-party sound system so that you can better appreciate the movie you’re watching or the game you’re playing. The ASUS CG32UQ on the other hand does away with that. The internal rear speakers are loud and clear enough to fill a small room or to engage anyone sitting in front of it. The speakers are co-engineered by Harman/ Kardon, and we’re still unsure how they were able to create booming audio and fit it in a fairly thin form-factor. 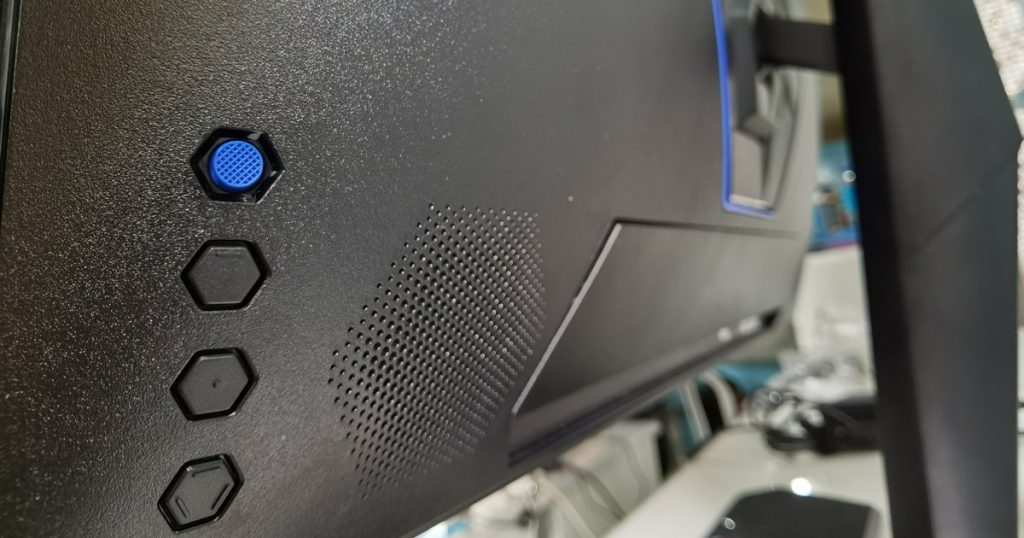 With a smartly designed form-factor, the ASUS CG32UQ is a great addition to ASUS’ growing portfolio of gaming products outside of the usual ROG and TUF product series. The simple yet sleek design gives you a gaming nod without going overboard and being all out edgy. Plus, the monitor looks superbly well with your PS4 Pro, I can tell you that!

Performance-wise, we’re more than happy and we’ll be gaming on this until even after the Community Quarantine lifts. I can’t wait to explore the depths of Shinra or invade another Palace and steal some hearts with this baby!

The only major concern and probably barrier to entry for the ASUS CG32UQ is the hefty price it commands. While we do not have a Philippine price as of yet, abroad, this could set you back around $800 (PHP 40,452 with current bank conversion), a price that’s not exactly cheap considering some gaming monitors are below this price-range.

However, the tech included here rightfully demands the price it commands, and if you’re a professional that wants to game on the side, this is an excellent option to have. If you’re the type that switches from PC Gaming to Console Gaming and you just want one monitor that can handle both extremely well, then this is a great monitor to consider.