Legends of Runeterra launches on PC and Mobile on May 1

Riot's new card game is launching in just a week! 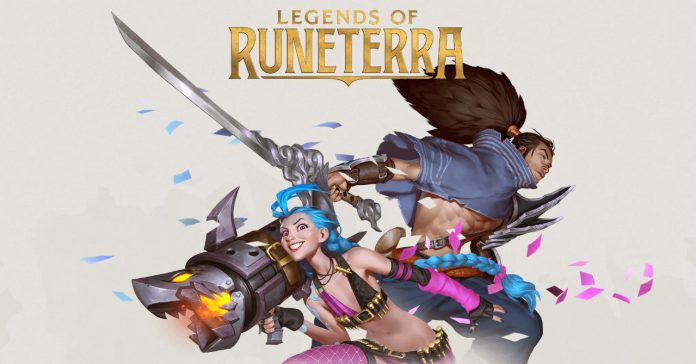 Riot Games has recently announced that the long-awaited Legends of Runeterra is releasing on PC and mobile on May 1, 2020. The game will launch with cross-platform play, meaning players on both PC and mobile can enjoy seamless play with each other.

“Legends of Runeterra is a free-to-play, digital collectible card game that requires skill, creativity and wit to win. The cards feature iconic League of Legends champions, as well as new characters originating from the world of Runeterra.”

Interested in getting Legends of Runeterra? The game will be available for free at http://www.playruneterra.com/ for PC players. Meanwhile, mobile gamers will be able to get the game on the Google Play Store and App Store on May 1.

For more info on Legends of Runeterra, visit: