Levi’s and Nintendo team up for a ‘Super Mario’ collection 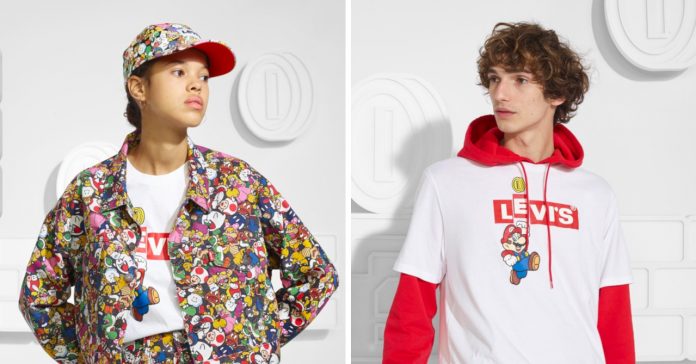 Back in March, Levi’s teased an apparel collab with Nintendo’s ever popular franchise, Super Mario. The collection was first teased back in March 10 (which is Mario Day) via a post on Instagram. In case you missed that, here’s a look at some of the pieces in the upcoming Levi’s x Super Mario collab:

The Levi’s and Super Mario collection features various apparel including hoodies, t-shirts, a crossbody bag, and more. While the tees and hoodies are great, the highlight pieces are of course the denim jacket and shorts (it is a Levi’s collection after all), both of which feature Super Mario-themed patches.

While the collection may be a bit too loud for some, fans of Mario who want to show off their fandom will definitely get a kick out of this collection!

Check out some more pics of select items in the collab here:

The Levi’s x Super Mario collection was originally set to release in North and South America on April 4, but the collab’s release was delayed due to product delays brought about by the COVID-19 pandemic. Levi’s did promise that a new release date will be announced soon, though there’s no word yet on if this collection will release in the Philippines.