Mayhem Mode 2.0 and Revenge of the Cartels event are now live in Borderlands 3

Lots of new in-game content are available now in Borderlands 3! 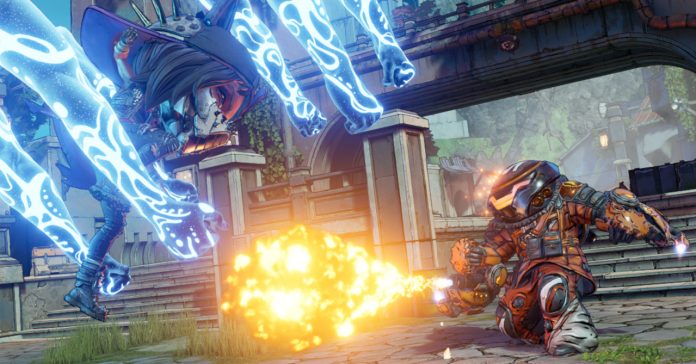 2K has just released two massive additions to Borderlands 3, Mayhem Mode 2.0 and Revenge of the Cartels. The former is a complete revamp of the game’s Mayhem Mode system, and it adds lots of new challenges. Meanwhile, the latter is a new limited-time event that runs now until June. 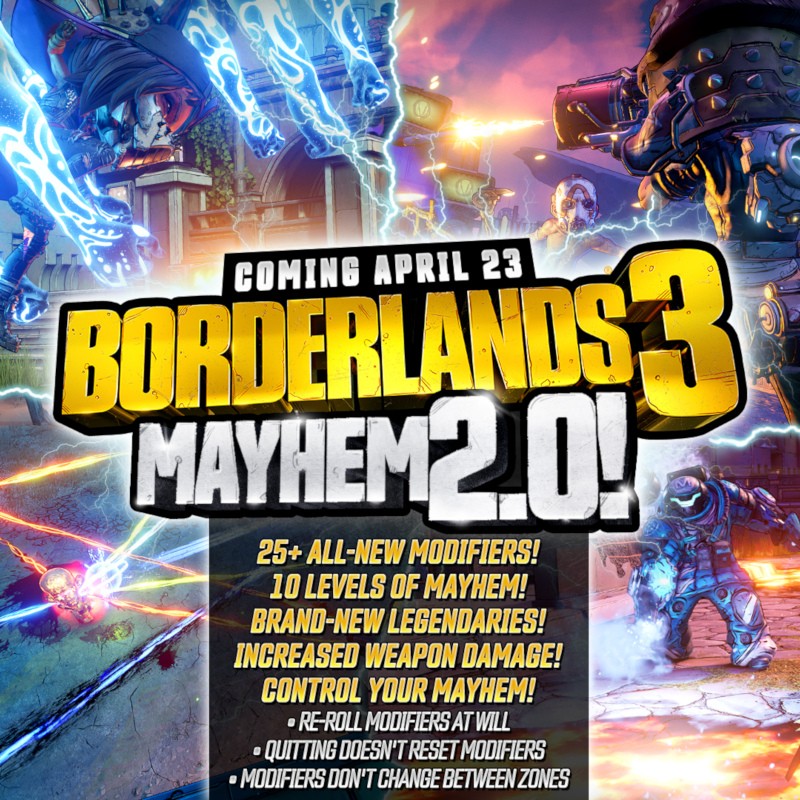 If you play Borderlands 3, you’re probably already familiar with Mayhem Mode, which cranks up the game’s difficulty in exchange for better loot. With the 2.0 update, Mayhem Mode is made more varied and rewarding.

For instance, Mayhem Mode 2.0 has more than 25 modifiers such as ‘Galaxy Brain’ (a big head mode) and ‘Drone Ranger’ (spawns healing drones for enemies). Each of the new modifiers come with various difficulty settings.

Meanwhile, Revenge of the Cartels is a free in-game event happening now until June 5 in Asia. The event features a new area, new enemy types, limited-time challenges, and lots of new gear including Legendaries and Anointments.

The event is described as:

“In his continued studies of human customs, your Saurian crewmate Maurice has gotten himself mixed up with the wrong crowd, and now finds himself indebted to Joey Ultraviolet, the kingpin of the Eridium Cartel. To save Maurice’s scaly hide, you’ll need to take the fight to Joey and his gangs of underlings at Villa Ultraviolet, an opulent hideout overlooking a tropical paradise.”

For more info on the new additions, click the links below:

- Advertisement -
Previous article
XCOM: Chimera Squad is out now on Steam with a special introductory price
Next article
Alibaba Challenges Students to Create Solutions for a Post COVID-19 World