The bundle comes out on June, but the game will release on September. 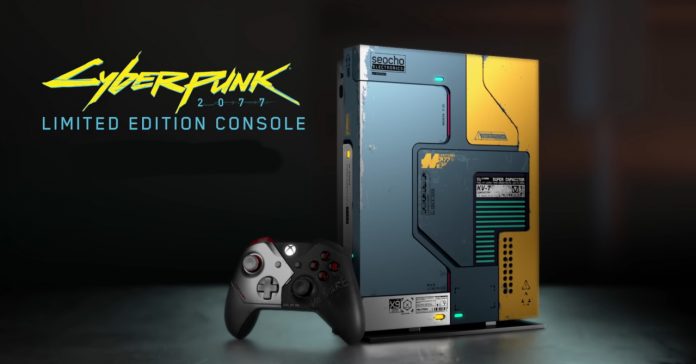 While the next-generation Xbox is already on the horizon, that’s not stopping Microsoft from releasing a new limited edition bundle for its current-gen console. Microsoft recently announced the Xbox One X Cyberpunk 2077 Limited Edition Bundle.

Check out the showcase video for the upcoming limited edition console:

The Cyberpunk 2077 Xbox One X is definitely an eye-catching console thanks to its highly-detailed cover plate that’s inspired by the look of the game. The cover is also designed to look scruffed up, keeping in theme with the gritty aesthetic of Cyberpunk 2077. On the flip side, the console has a glow-in-the-dark graphic that reads “NO FUTURE”.

Alongside the console, the Cyberpunk 2077 bundle also comes with a unique Xbox One X controller, with a design that’s inspired by Johnny Silverhand, a character in the game played by Keanu Reeves. Much like the console, the controller also has a scruffed up design along with the words “NO FUTURE” that’s seemingly scratched on the right hand side.

While Microsoft has not yet announced a price for the bundle, they did mention that the Cyberpunk 2077 bundle will release in June 2020, three whole months before the game’s release. This means the console will not ship with a physical copy of the game; we expect that get a digital game code will be given to bundle owners once the game releases, though Microsoft is yet to announce anything official.