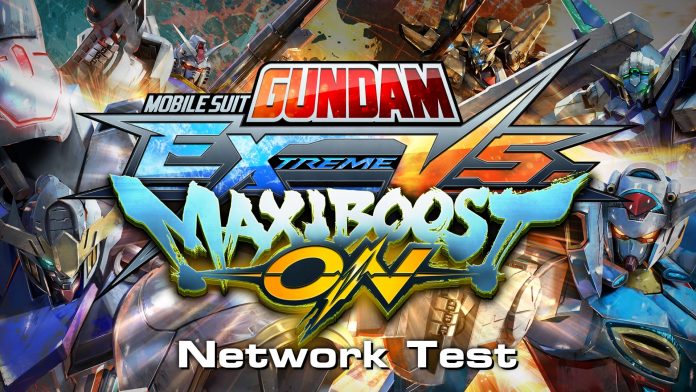 Mobile Suit Gundam Extreme Vs. Maxiboost ON (what’s up with these mouthful titles lately?), the latest entry into the “Gundam VS” fighting series just entered into closed network test last weekend. 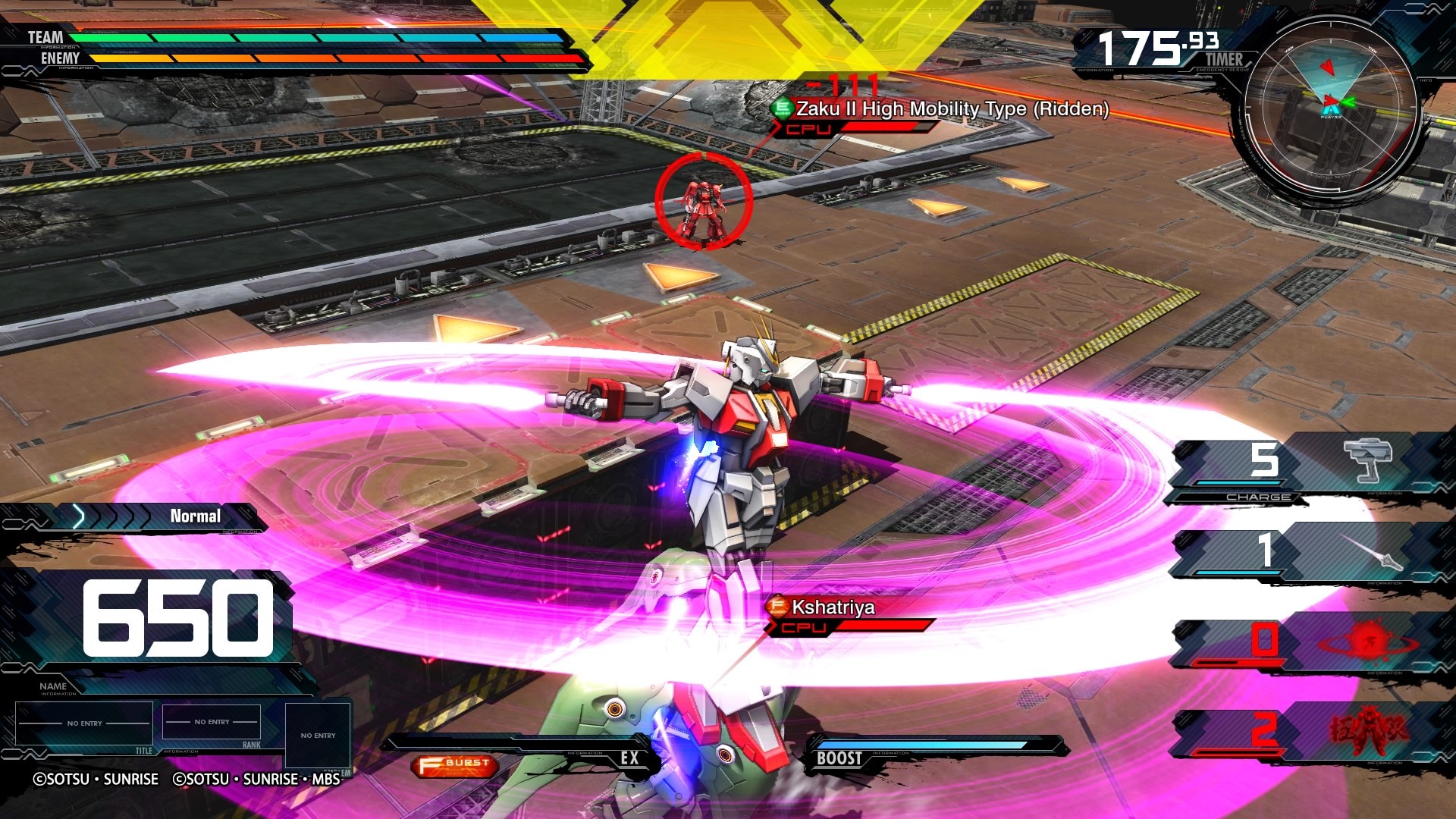 I had the opportunity to get a beta code to test this mech fighter out to give out my initial impressions, but keep in mind that things can change when the final product releases. 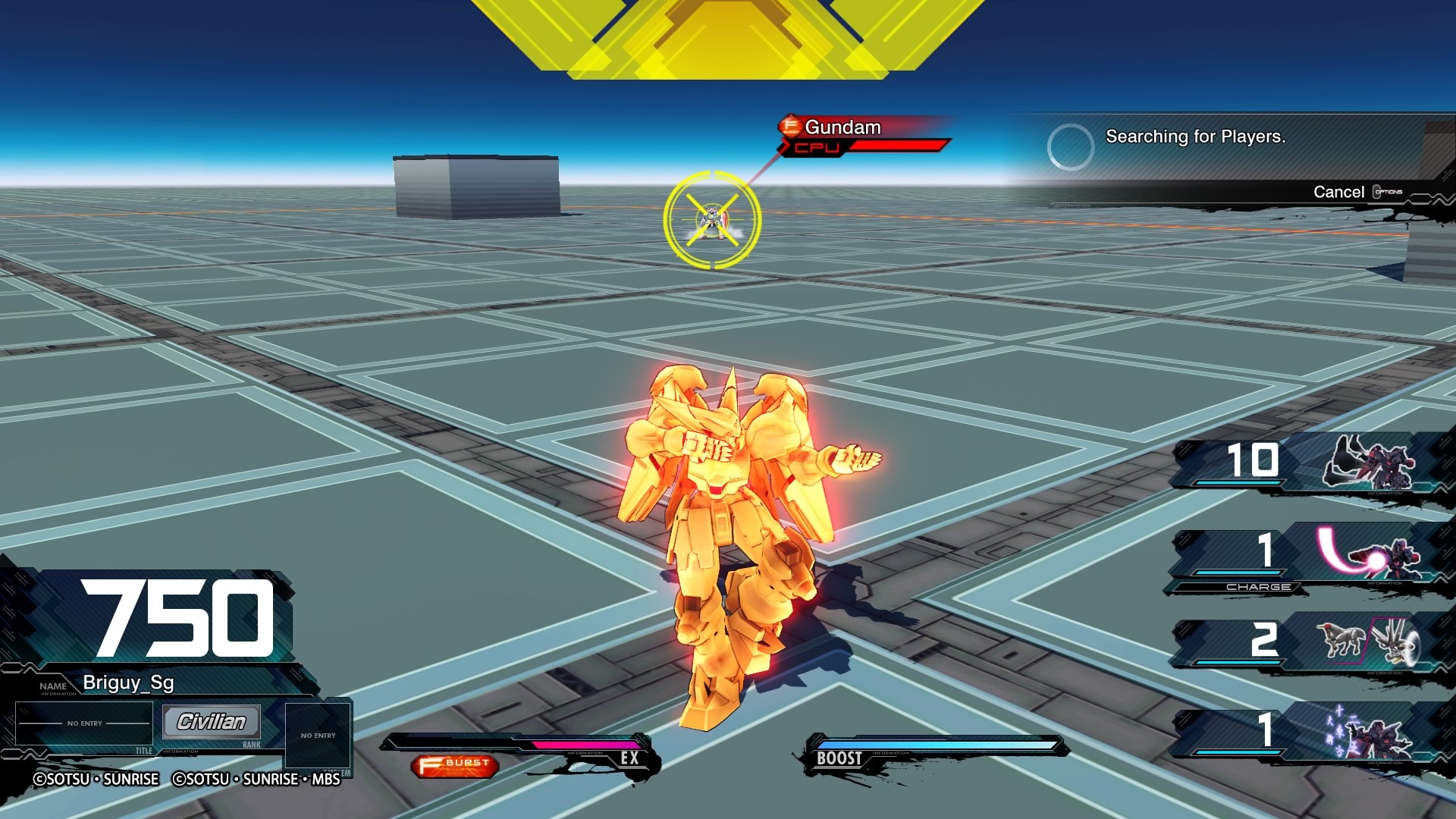 A bit a context before we start, though I know a bit about Mobile Suit Gundam, I was restrictive moving towards and selective on the series I had or wanted to watch, even worse before when the only options available on local free TV when I was a kid back in 1997 was, in this order – Gundam Wing, followed by Gundam G (my personal favorite) and Gundam X. Fast-forward a few years when I learned how to utilize the power of the interwebs, I got immersed on other titles like Gundam Seed, Gundam 00 and Gundam Iron-Blooded Orphans. I still have yet to watch the classics and shame on me for not doing so but for now, those are all I know. 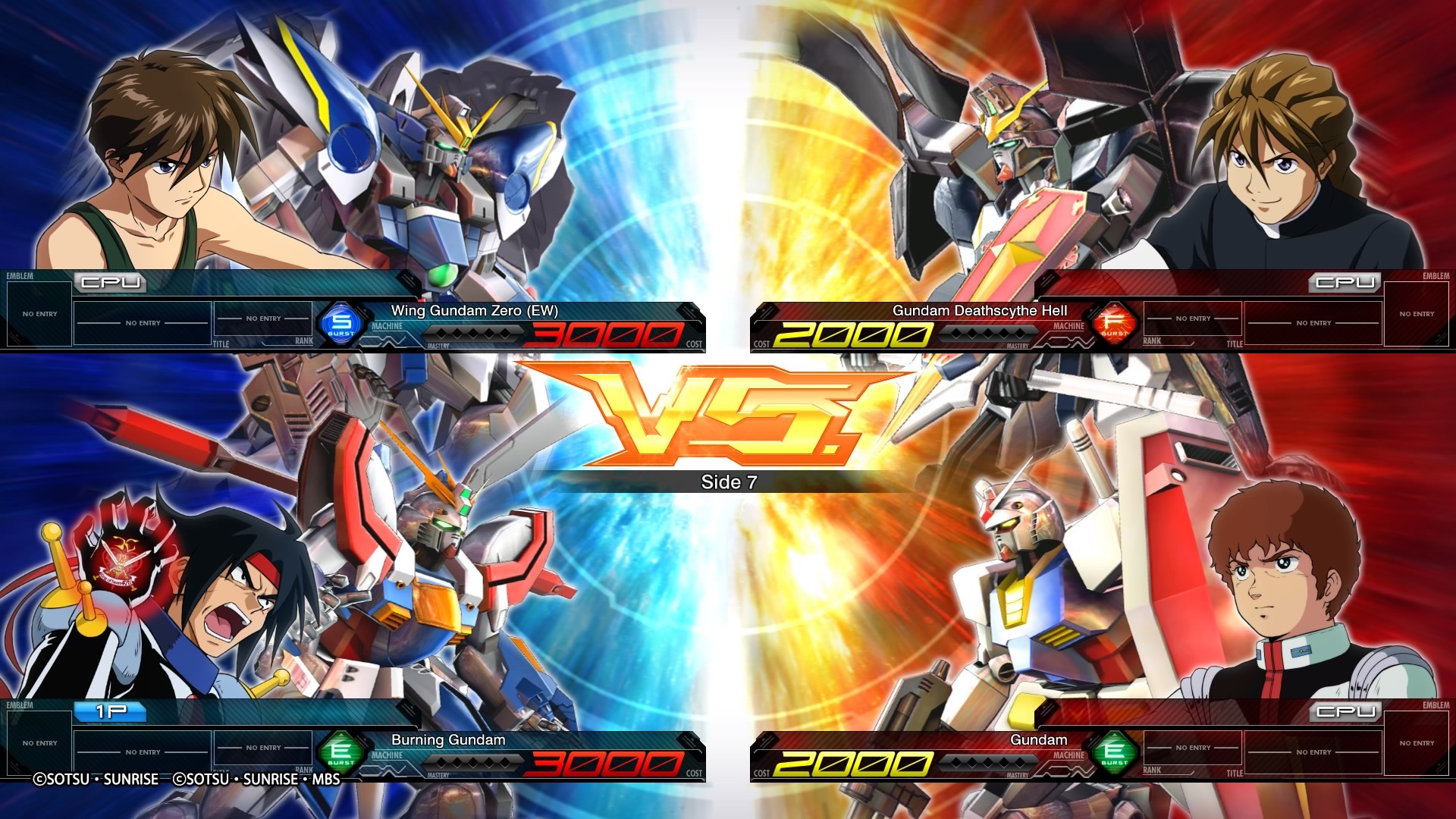 Now on to the game. Mobile Suit Gundam Extreme Vs. Maxiboost ON follows the idea of similar “Gundam VS” titles previous to it. How long you ask? A decade ago I remember playing to death on PSP a game called Gundam Vs Gundam Next PLUS which almost uses the same mechanics as the recent title, more specifically the “cost” mechanic of the mobile suits. 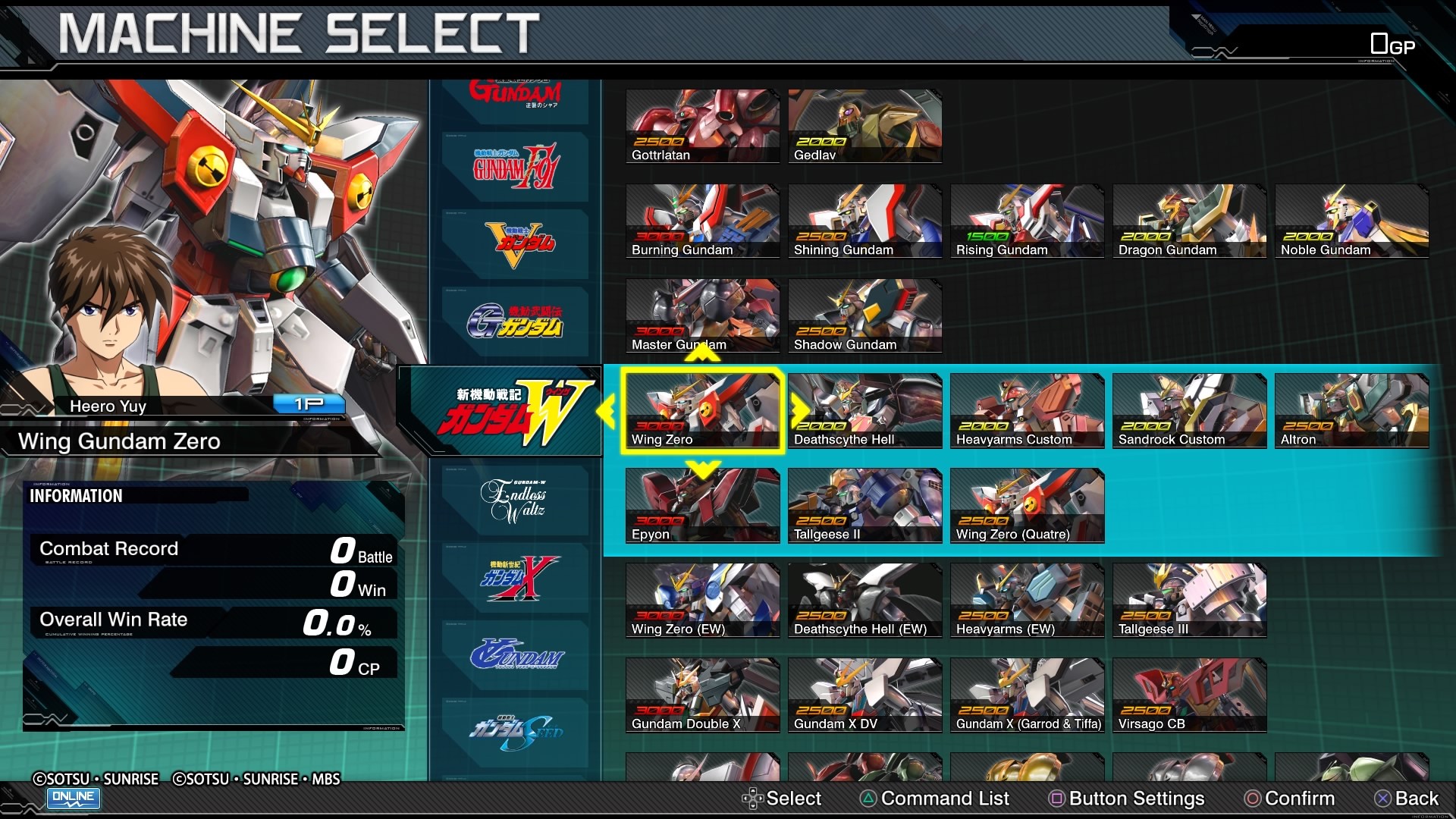 You see, each mech has a certain cost to it that varies with each model, which can range somewhere between 1000-3000 points. As you might expect, higher 3000-point value mechs tend to perform better or have a bit more power in them compared to the 2000’s and 1000 units, but they have some degree of risk attached to it.

What’s the risk you may ask? Well, like previous titles the game incorporates a “point meter” of sorts that varies depending on your desired setting. In a normal match the value is usually set at 6000, and the main objective of the player must reduce it to 0, and you do that by eliminating other mobile suits, because when a certain mech is eliminated say, Domon’s God Gundam (capping at 3000), expect that cost to deduct from your point meter. Which means if that mech ever gets eliminated twice, its game over. Personally I liked that system before and I still like that mechanic now. It gives a certain “threat” vs “risk” aspect to the game, something that I believe is one of the game’s biggest strengths. 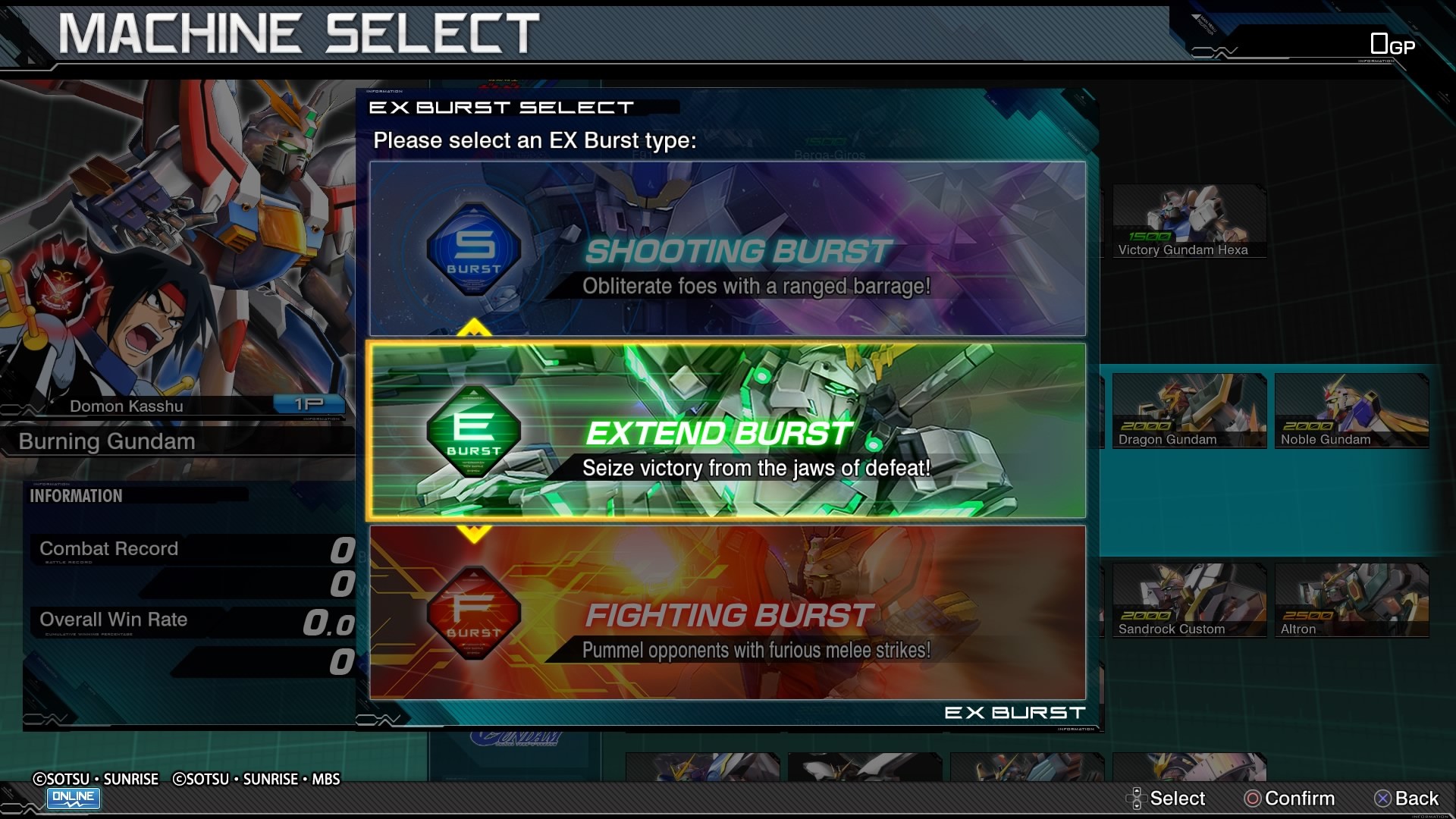 New features that I noticed was the added layer of customization before a battle in the form of the EX Mode System, where you can optionally choose your play style between Melee, Shooting and the Extend Burst modes – which can definitely add more variety in a game with a staggering amount of options, 180+ mobile suits to be exact. 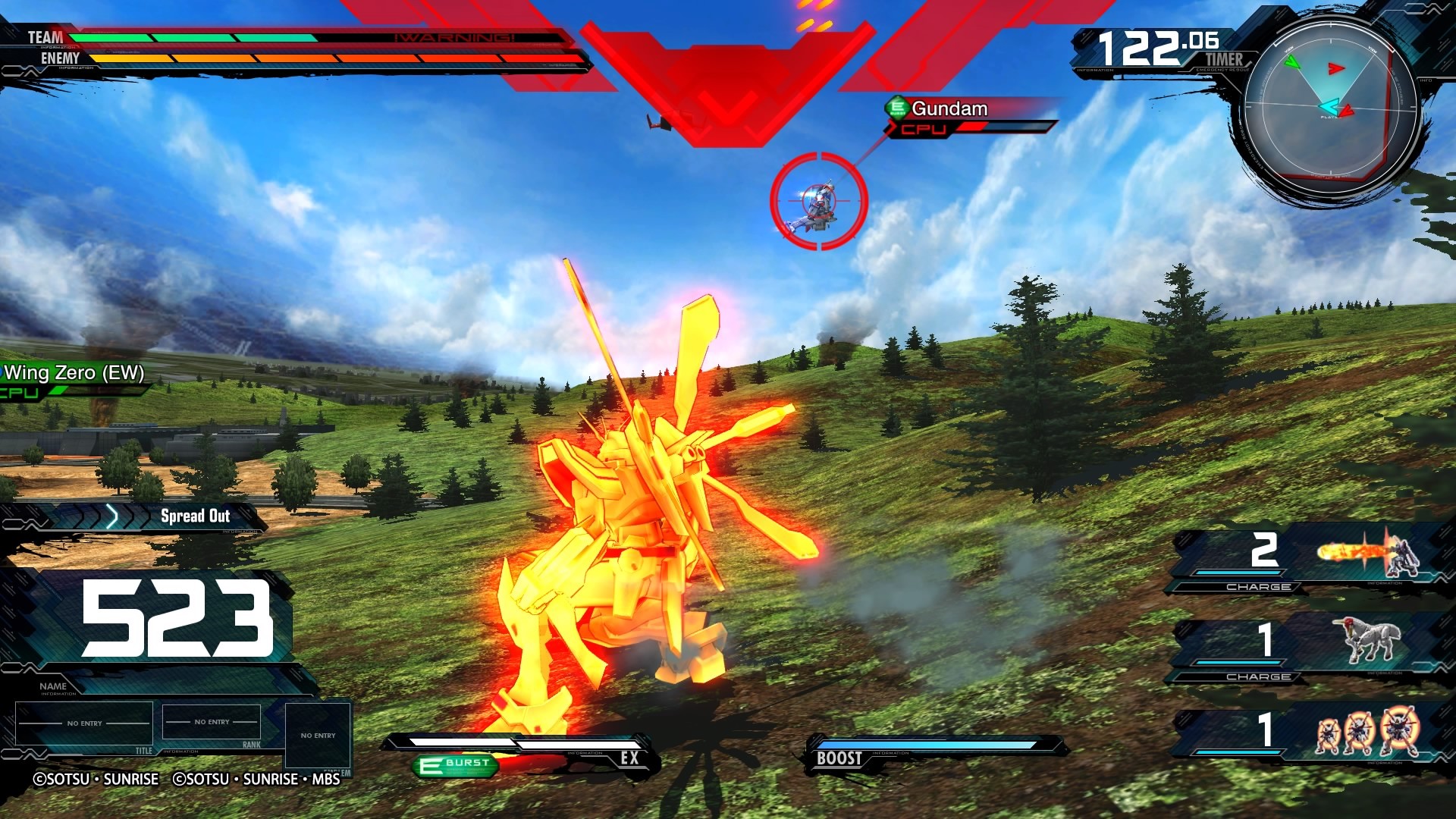 Gameplay-wise, aside from the 3 modes you have to choose at the beginning, the core is basically the same. Each Mobile Suit really feels and functions as you would have remembered it from the anime – it means that you can expect the G Gundam fighters to be more up close and personal more often than not. 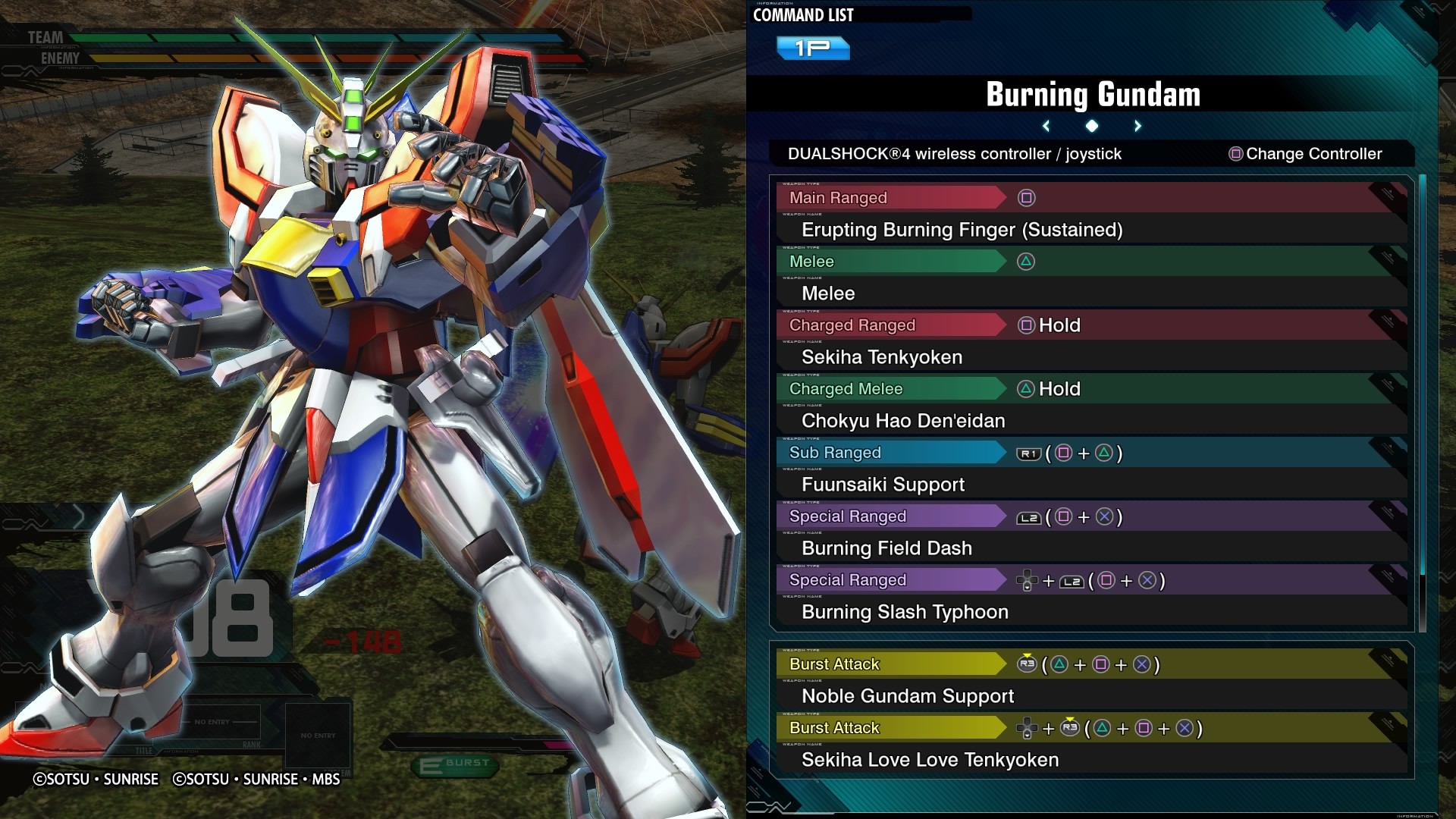 Sadly, for those who haven’t even touched any of the titles you might initially find the system a bit daunting, but once you master the basic layout of the controls (and knowing the special moves of each mech), after a few matches and sticking into one Gundam of you’re liking, you can easily get in the groove of things once you get past the initial hurdle with the controller. 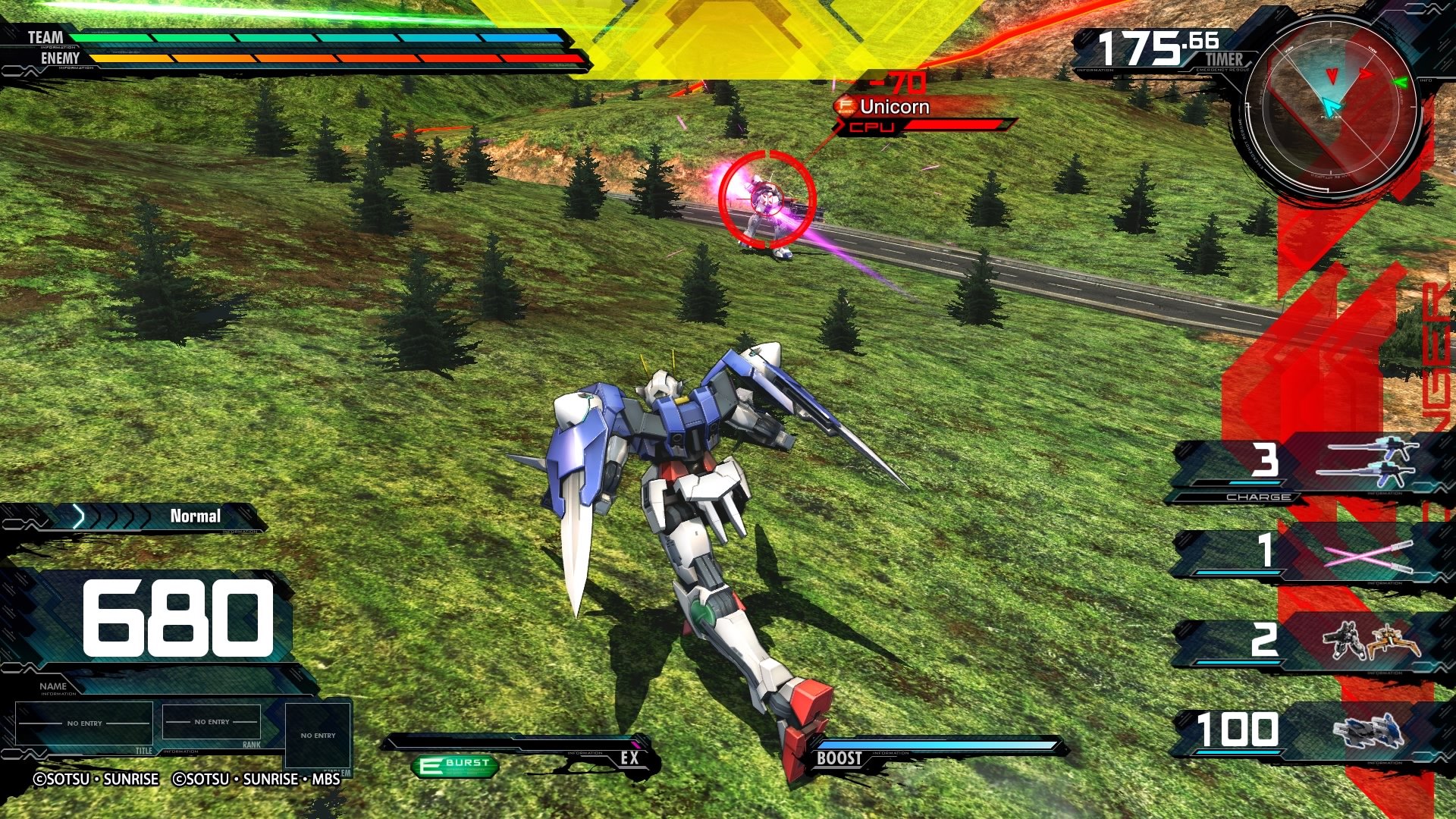 During the closed testing, my gameplay was mostly limited to online and free battles, with the former taking a much longer time when finding an opponent but when I did, I found the game to be smooth all throughout, even though it seemed forever to get inside a match. Most of the bulk of my time was spent during free battle where I tested out all the favorite mechs from my mentioned series, it was a nostalgic trip to say the least and made me want to replay some of them when I have the time. 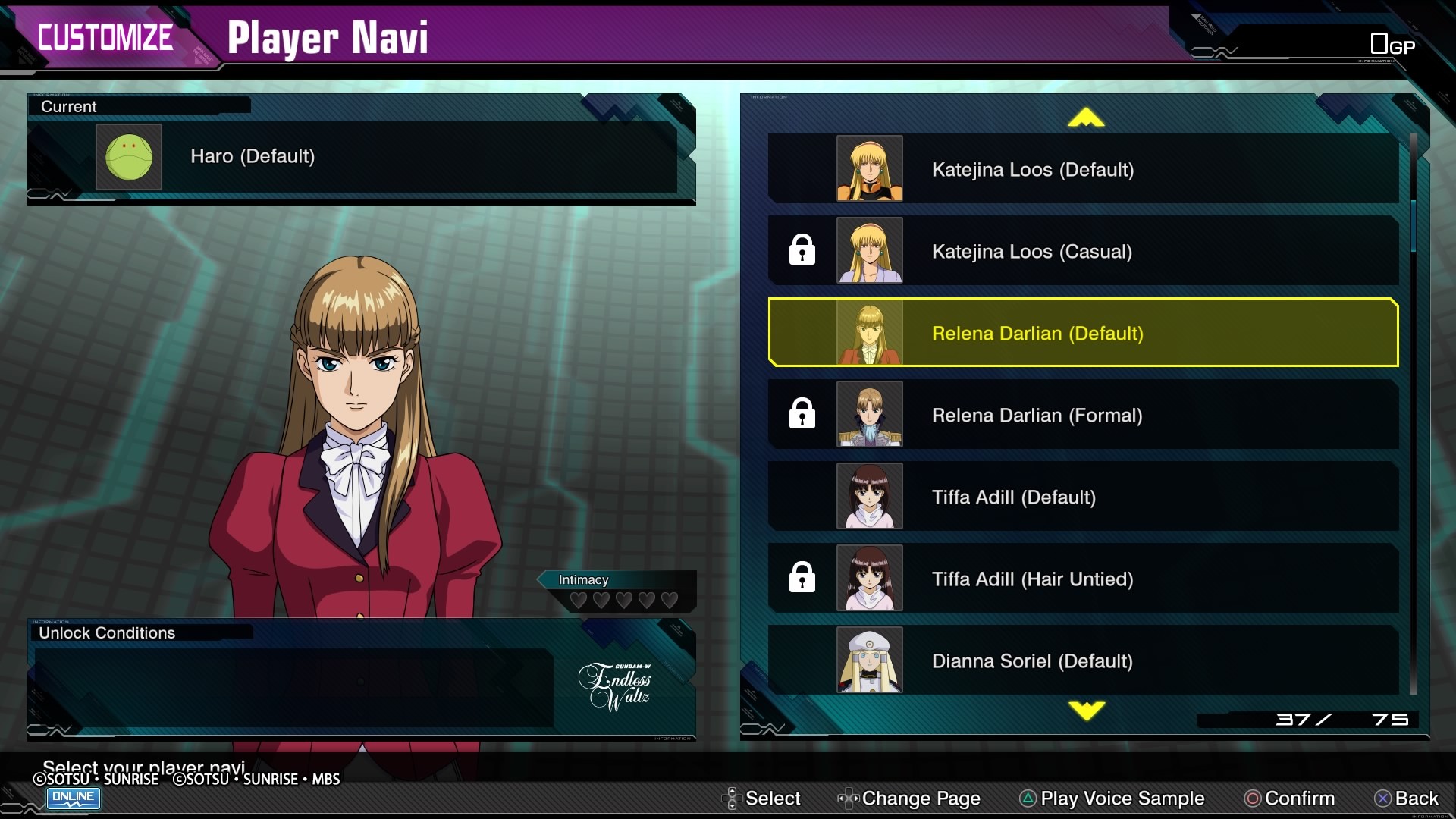 There’s also the option to choose speaking NPC’s from all across the Gundam Universe where they assist you in both the menu and during gameplay. It’s an older but welcome aesthetic feature that lets you gravitate to a favorite character from a series. 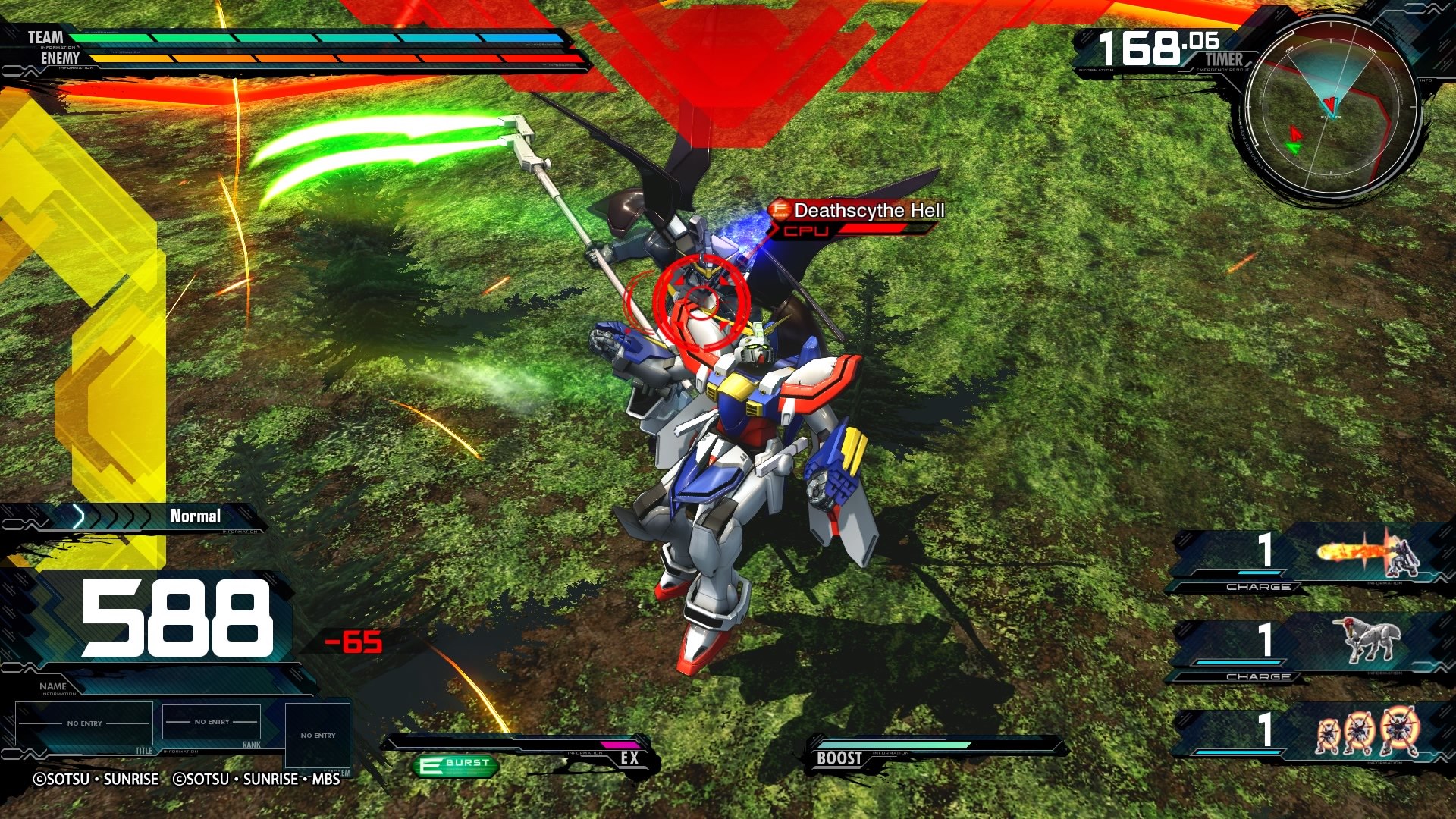 Overall, Mobile Suit Gundam Extreme VS. Maxiboost ON (whew), though not a major overhaul on an otherwise solid system, still focuses on its roots but adds a few twists here and there to make the game seem fresh again. The game once again provides a digital platform for Gundam fans to duke it out with other mobile suits in classic anime fashion. Old vets will not have a hard time jumping into the cockpit once again but I strongly suggest that the newcomers give this one a test run first or try the previous titles before fully diving in. 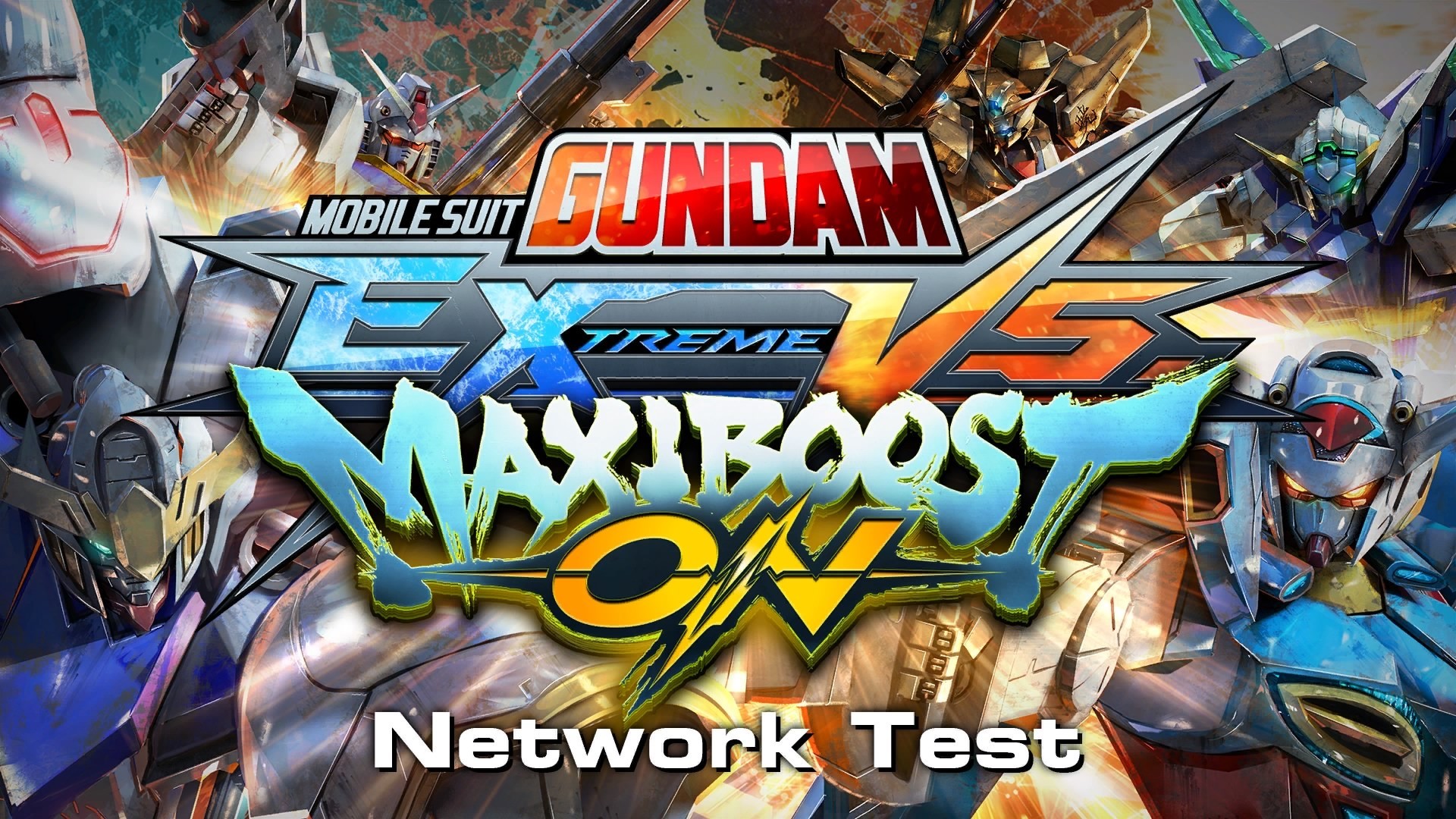