Nioh 2 Review | The Next Step in The Dance of Death

As frustrating as it is satisfying. 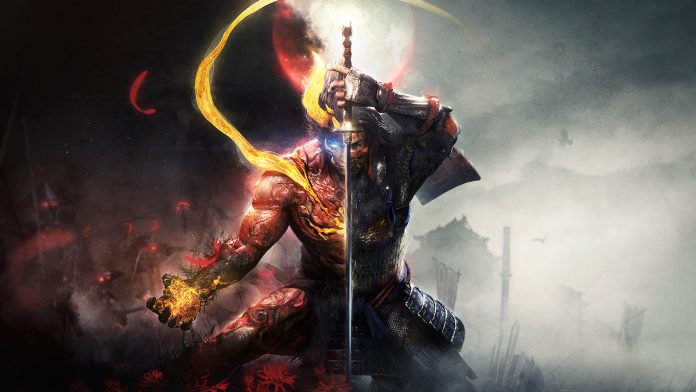 When Nioh was released back in 2017, it was a refreshingly different take on the style of action RPG popularised by the Soulslike games and was received rather positively by both critics and fans of the latter. The success of Nioh 2 felt like a return to form by the developers that created Ninja Gaiden, which Nioh was also partly inspired by. Three years later, Team Ninja has finally released Nioh 2, which not only improves on what made the first game great but also adds several significant new elements to greatly expand it further.

Nioh 2 begins slightly before the events of the first game in the same fictionalized version of Japan’s late Sengoku period. Players take on the role of a silent half-yokai (referred to as a Shiftling) warrior only referred to as Hide. As a mute protagonist, Hide’s inevitable lack of depth and personality is easily made up for by your companion, the travelling spirit stone merchant Tokichiro, as well as the rest of the game’s cast, which includes historical figures such as Oda Nobunaga and Takenaka Hanbei.

While the narrative of Nioh 2 initially seems like just a trivial backdrop for the game’s more important gameplay and combat, Nioh 2’s story progressed and ramped up rather well, which includes a sudden shift in its latter portions. It was a surprisingly impressive and engaging story, which is helped by the inclusion of so many historical figures. While it isn’t necessary to play the first game to grasp Nioh 2’s story, those who’ve played Nioh will definitely enjoy the connections between the two games. 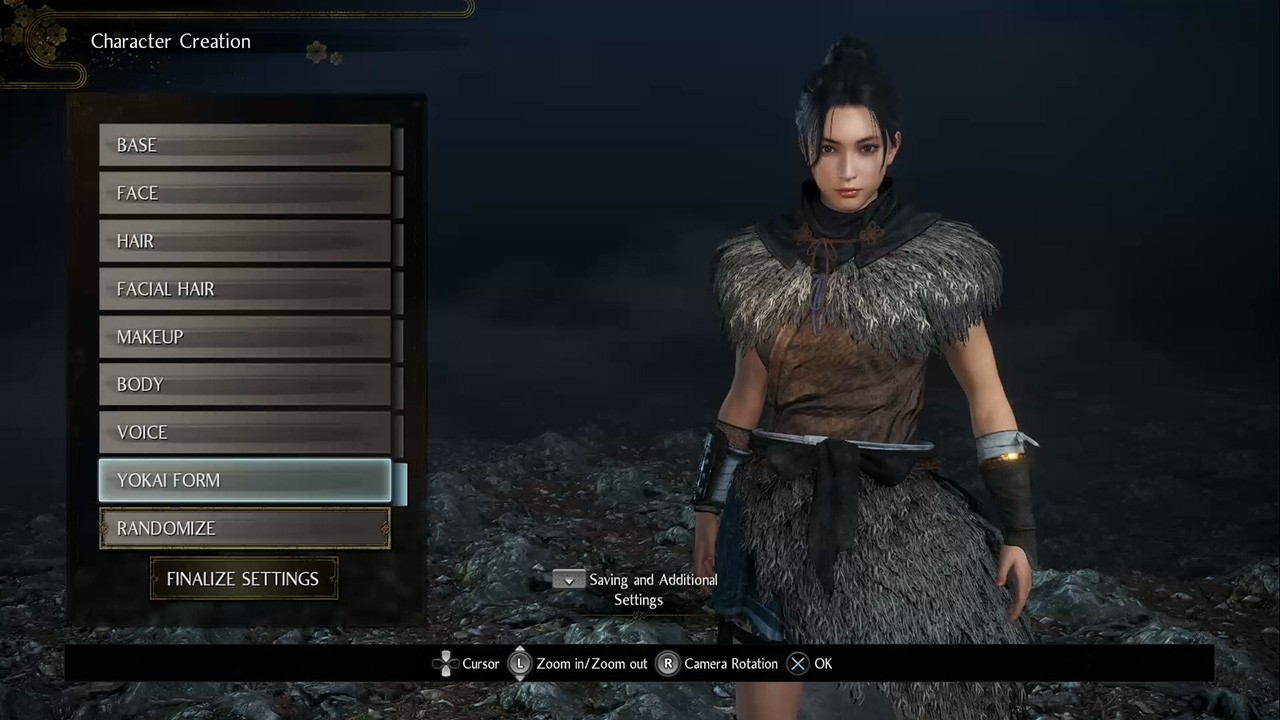 Unlike the first game which puts you in the shoes of a pre-made protagonist, Nioh 2 allows you to customize the gender and look of your character. The game’s character creator is pretty decent in its depth and variety, allowing you to customize not only their human physical traits but also a bit of their Yokai form’s looks as well. And just like the first game, every piece of armor is rendered beautifully in-game, which is pretty impressive considering that you’re able to customize your character so much.

Nioh 2 still features the same mission system as the first game, with missions being divided into main and sub missions with sets of missions separated into different regions. Twilight Missions have also made a return in Nioh 2 for those who want an even more challenging experience. There’s definitely a lot of content to go through and experience in Nioh 2, which is helped by its large and diverse maps. Nioh 2’s map design is pretty impressive, with a large variety of locations with interwoven pathways, several vertical levels, and more.

The design of each map provides players with several ways to approach and tackle certain areas, giving you options such as sniping enemies from rooftops or approaching areas from the rear for a more manageable series of fights. You’ll also be able to unlock new paths or shortcuts, allowing you to go back to previous areas to save at shrines or skip sections you’ve already covered in the event that you die. The complexity of each of the game’s maps helps to keep it from being too linear and gives the player the freedom to handle them as they choose.

The same map complexity and variety isn’t so present in the game’s sub missions though as they mainly just reuse portions of the maps from main missions. In spite of this, the objectives of some of the game’s sub missions are actually pretty interesting, from fighting several waves of monsters in a single area to helping the legendary samurai Hattori Hanzou find several lost Scampuss he was supposed to be taking care of. The shorter sub missions provide a nice and refreshing break from the long main missions that also help you progress a bit more. 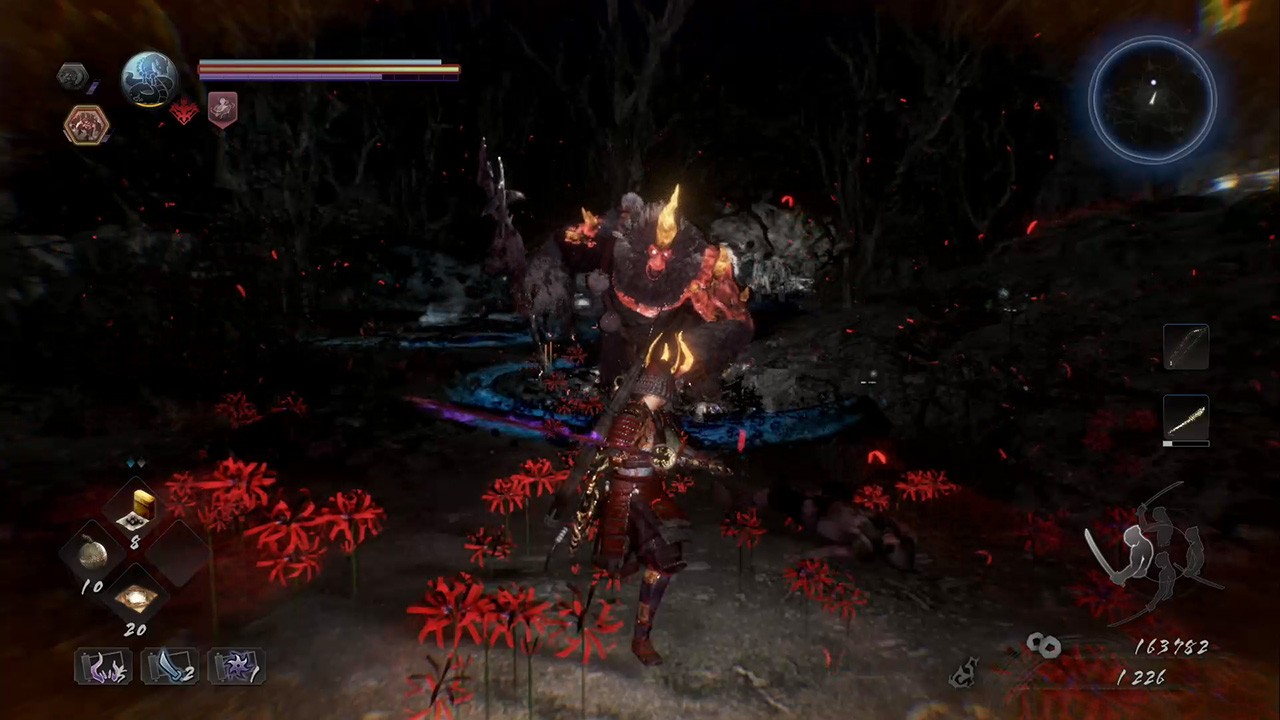 Another addition to the game is the Dark Realm, which takes the Yokai Realm from the first game and ramps it up exponentially. Rather than just small pools of demonic energy, the Dark Realm covers an entire area, whether it’s a specific area in the map or the entire boss room. Just like Yokai Realms, your Ki regenerates at a much slower rate and enemies become much harder. Chests and Shrines inside a Dark Realm are also locked until the Dark Realm is dispersed. Getting rid of Dark Realms in a map requires you to kill a specific yokai inside of it. 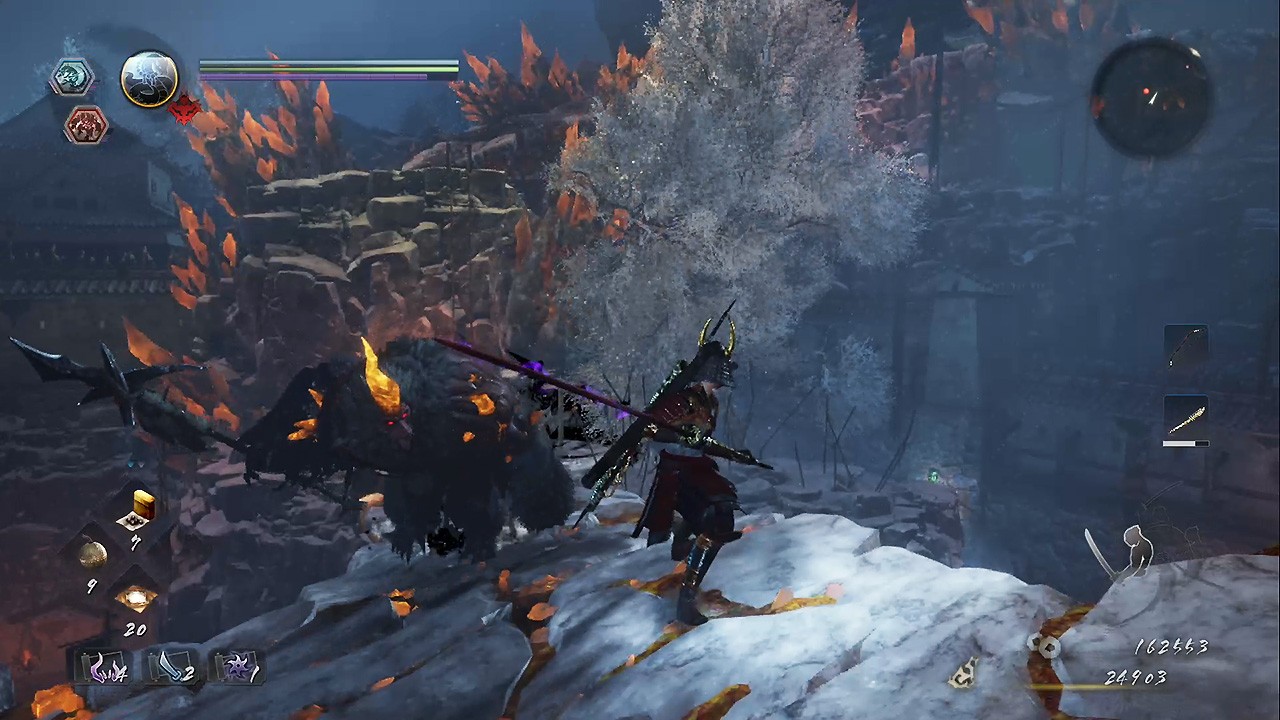 As for the Dark Realm during boss fights, the bosses will switch between the real world and Dark Realm several times. The Dark Realm adds an additional layer of difficulty when traversing each map or tackling each boss. It forces you to think more carefully about how you approach areas or encounters and makes perfecting your Ki Pulse more imporant. It also helps that the game’s maps allows you to approach certain Dark Realms from different directions, making them easier to go through and clear.

If you’re finding some of the areas in the game a bit too difficult you can always find a Benevolent Grave, an expansion on the first game’s Revenant Grave system but instead of summoning another player’s dead spirit for you to fight against, the spirit will fight alongside you instead. It’s a great system that gives newer or less experienced players the option to progress much easier than they normally would. Activating Benevolent Graves requires Ochoko Cups which you get throughout the game while a Righteous Jasper allows you to plant your own Benevolent Grave.

Are You Ready to Dance?

Combat in Nioh 2, the core of its gameplay, is better than ever. While the stance-based combat system and the Ki system are mostly the same, there are quite a few additions to enrich the entire experience. There are the new switchglaive and dual hatchet weapons for you to try out (four if you didn’t play the first game’s DLC), the former of which is pretty interesting as it features three different forms depending on your stance. The game’s skill tree has also been revamped and expanded, giving you access to a lot more skills this time around.

The developers have also expanded on the Guardian Spirit and Living Weapon systems of Nioh in a big way. Rather than equipping Guardian Spirits that will turn your equipped armament into a Living Weapon and imbuing with special properties while keeping you immune to damage, equipping a Guardian Spirit in Nioh 2 will not only give you passive benefits but also give you access to your Yokai abilities such as the Burst Counter, a move that allows you to interrupt an enemy’s Burst attack while also doing massive damage to their health and/or Ki.

You’ll also be able to imbue your Guardian Spirit with one or two Soul Cores collected from some yokai to give you access to one of their abilities. Using your Burst Counter or Yokai abilities will consume your new Anima gauge, the new meter you’ll also have to keep an eye on apart from your health and Ki. Refilling your Anima is rather easy though, doing damage, taking damage, killing enemies, and collecting Soul Cores, among other things all refill your Anime gauge. You can also gain buffs to your Anima gauge from equipment and other sources. 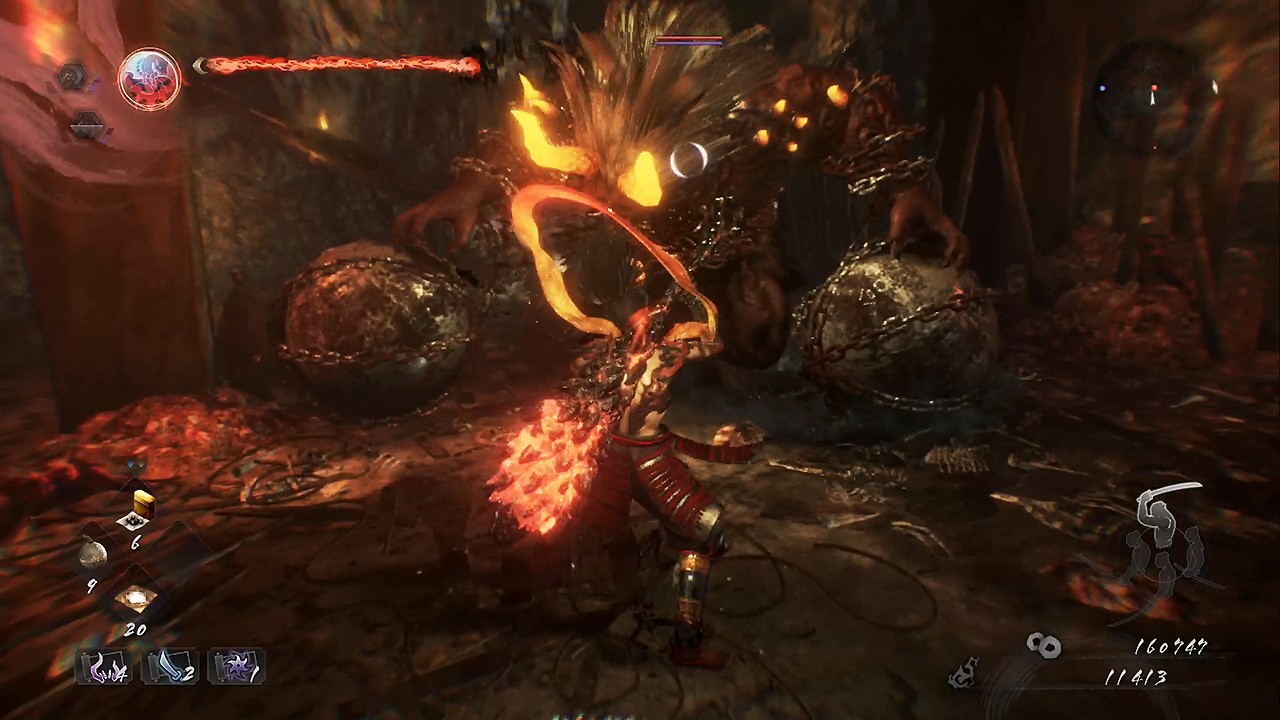 The combat in Nioh 2 is still as punishing and rewarding as it’s ever been and even when you’ve become stronger a bit later in the game, it doesn’t let you forget just how easy it is for you to die to even the weakest of enemies if you let your guard down. And while brand new yokai enemies and the Dark Realm mechanic add even more to the game’s challenge, all the new additions to combat such as the new weapons, the Burst Counter move, and Yokai abilities give you even more options to take on the game’s flurry of difficult encounters.

Character progression in Nioh 2 is still largely the same so you’ll still be farming Amrita to raise your stats and hoarding items to either equip or use for a variety of other purposes such as an offering for Amrita and Divine Rice, smelting for blacksmithing materials, or just selling for more gold. Although, some of the other systems and mechanics of Nioh 2, such as the blacksmithing don’t feel incredibly necessary to progress in the game because of the amount of weapons and armor you end up getting from just going through the missions.

Nioh 2 feels like the correct “next step” in the series. In spite of its difficulty, Nioh 2 is an incredibly enjoyable experience that mixes and balances both frustration and satisfaction rather well. The improvements and additions to its gameplay and map design make for an impressively diverse experience and its story was equally surprising and amazing. While some of its elements still need some improvement to be more compelling, its core mechanics all successfully impress. Fans of the first game as well as fans of Soulslike games will definitely enjoy everything Nioh 2 has to offer while newcomers to the series shouldn’t be afraid to try it out. While you’ll sometimes feel like rage quitting when you die for the umpteenth time, the immense satisfaction of victory makes all the struggle worth it.

Nioh 2 improves on what made its predecessor great and adds even more to it to create a much better and more diverse experience that sits close to being almost perfect.Nioh 2 Review | The Next Step in The Dance of Death