No Google, No Problem! Installing Your Top Apps on Your Huawei P40 Pro

We have your top apps here! 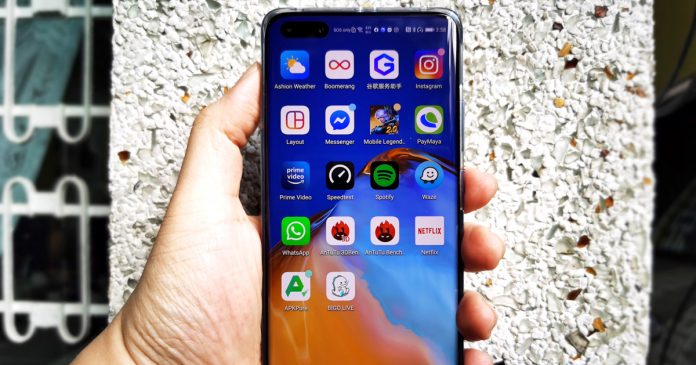 Majority of the comments that we’re seeing when we first wrote about the Huawei P40 Pro is if it will come with Google Mobile Services (GMS). A feature that was once on every Huawei phone, GMS was no longer available in Huawei flagship phones starting Q4 of 2019. This of course means that the Huawei P40 Pro does not come with Google Play and thus may seem like a bit of a challenge for a lot of users. 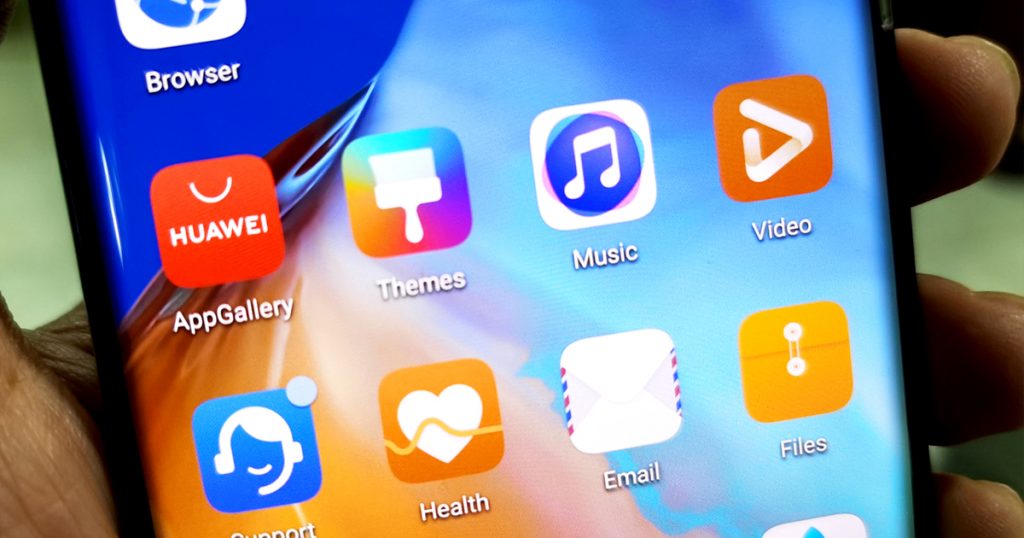 As someone who has been using GMS on android phones for years, I totally understand where this is coming from. For one, not a lot of people are technically proficient to side-load GMS (which you can, btw) and secondly, there is a bit of a learning curve to relearn and understand a new market place. Plus there might also a bit of uncertainty on whether you can still use the apps that you are dependent on.

Well don’t you worry, we’re here to tell you how to download some of the top apps with your Huawei P40 Pro and then some, all without having to side-load Google Mobile Services. 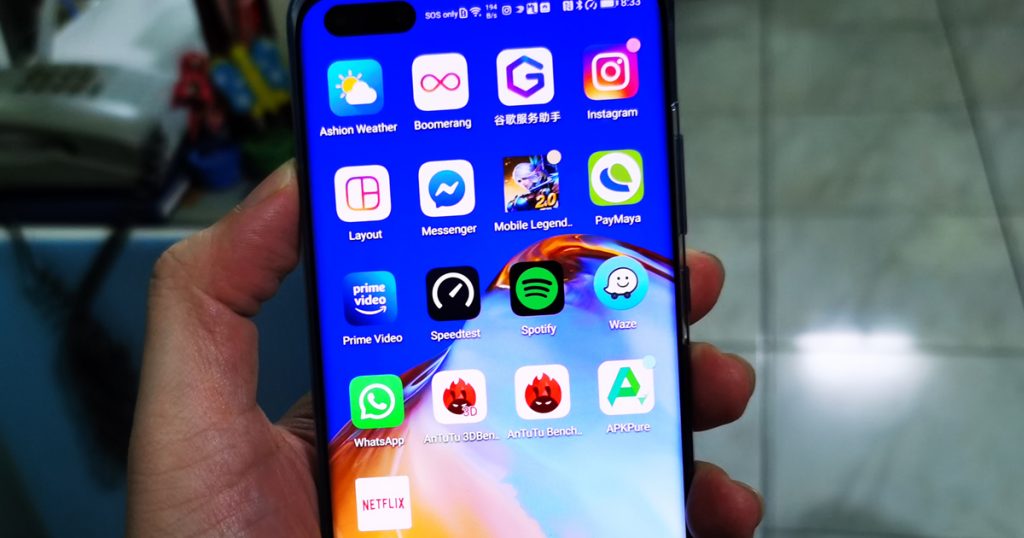 Firstly, new Huawei phones like the P40 Pro come with Huawe’s proprietary Huawei Mobile Services (HMS) and their Huawei AppGallery. This is mostly where you’ll download a lot of the apps that you need. And I highlighted mostly because this isn’t the only way to go about downloading apps on Android.

The beauty with Android phones is that there is no one-way to go about and get things done. This isn’t like say, iOS where you’re tied to solely using Apple’s App Store. With Android, regardless if it comes with GMS or not, you can use third party market places like APK Pure or APK Mirror. That’s not to say that the Huawei AppGallery is sorely lacking. In fact, the AppGallery is the 3rd biggest Android App Store in the world. Pouring a whopping 1 Billion US Dollars on the app, Huawei is looking to rapidly expand apps being offered, aggressively closing various brand partners and app developers. In fact, there are over 1.3 Million developers and counting already placing their apps on the Huawei AppGallery (as of the latest report from Huawei). It’s only going to go bigger from here. Heck, even Google earlier this year reportedly sought out a licensing agreement so they can work with Huawei again!

So there are 3 distinct ways to download your favorite apps on your Huawei P40 Pro:

The quickest way (and if you want to experience some tech wizardy at work) is to clone your phone. You can use this feature on any old Android or iOS device. Simply go to phone clone and set your P40 Pro as the new phone and have it find the phone that you want to clone as your old phone. It can import contacts, calendar notifications, messages, AND APPS. Although not all apps will work, especially if cloning a phone that has GMS in it. For my P40 Pro, I cloned a sideloaded Huawei Mate 30 Pro (I will not go into the specifics of sideloading your phone with Google Play because it is a bit too cumbersome). 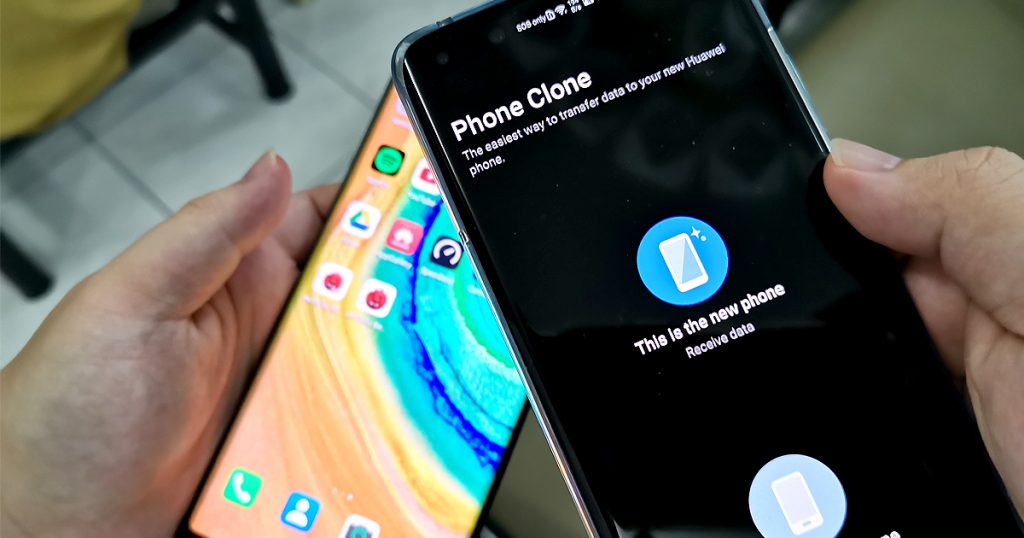 There are some apps that will be carried over when you use phone clone, and for the most part those apps work splendidly well. One such app for me is Mobile Legends (yes entire account is up-to-date including all my purchased diamonds). The beauty of this transfer? It’s blazing-fast! Like, 5 min transfer fast! It’s pure tech sorcery I tell, ya! 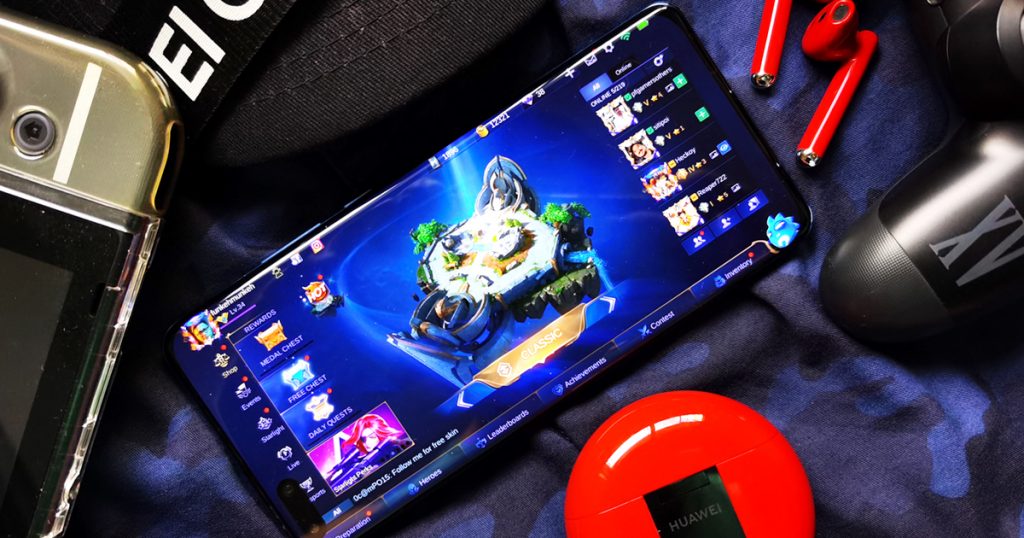 Now for those apps that have been carried but can’t work because you need Google Play (for me it was Netflix), delete them and we’ll get back to how to get those again down below. 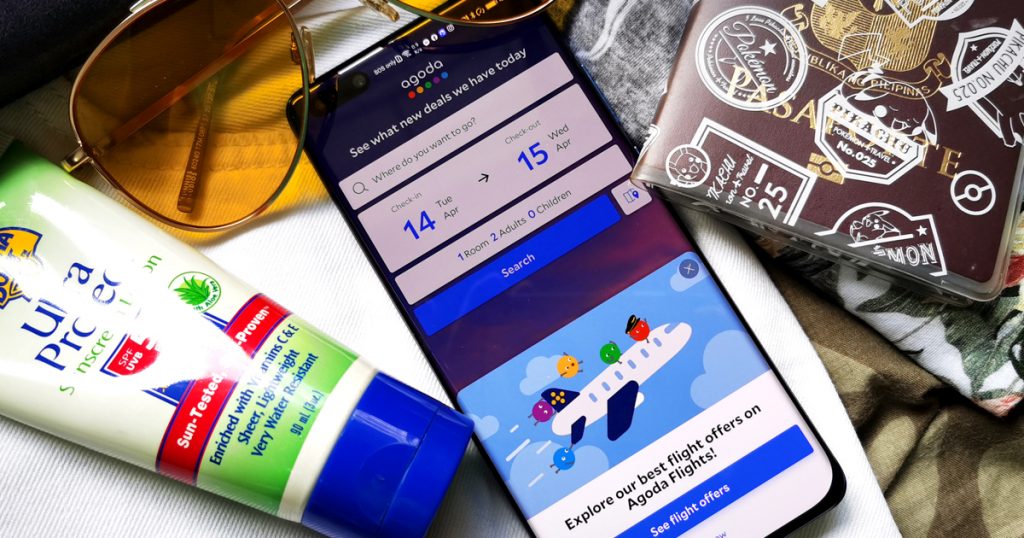 Now what about more popular social media apps like, Facebook? For Facebook, you can key in the app name on the AppGallery search bar and click through the link until you’re lead to a website to download the app. Do this and voila, you have Facebook. If you’re able to clone the IG app from a previous phone and you get your Facebook to work, it will autosync. Same with Messenger. 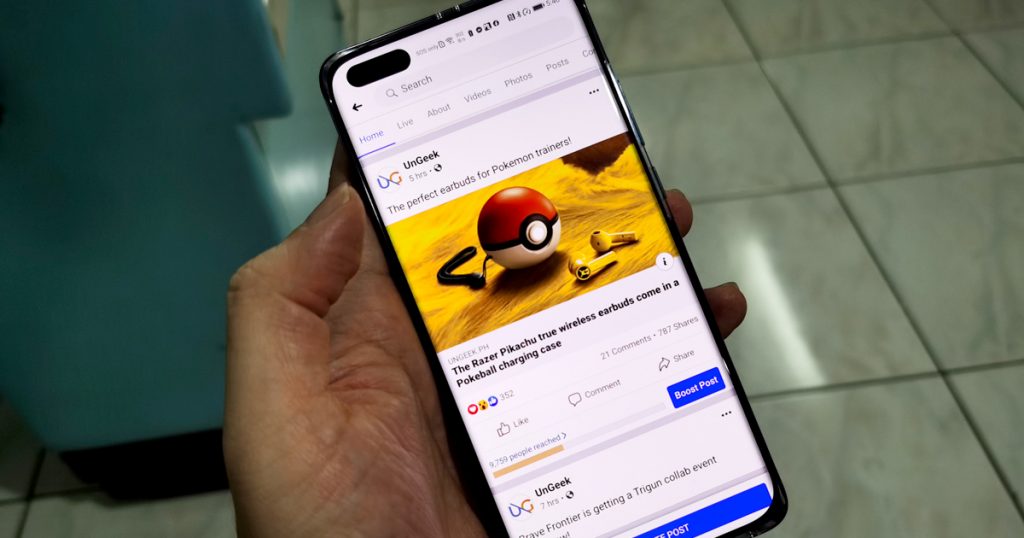 For your mail, if you’re using Google or Yahoo Mail you can sync all of this via Huawei’s Mail App. Just key-in your details you’ll gain access to everything! Easier as well ‘cause you don’t have to open multiple apps to check your mails. Everything is one neat place. 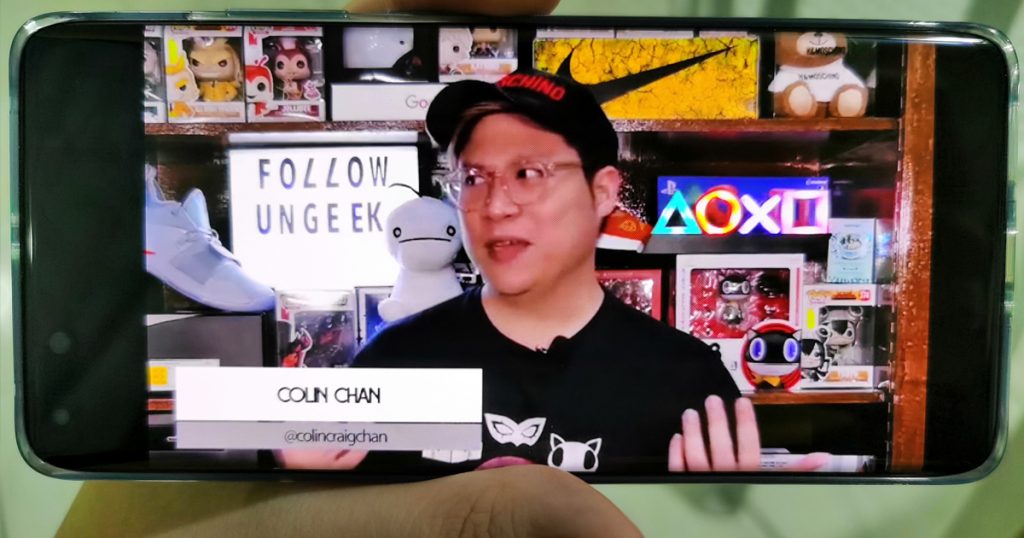 For YouTube, while currently there is no app available for YouTube, you can gain access to your YouTube via Huawei’s browser. My suggestion is to simply put a shortcut link to your front page so you can gain easy access. You should be able to get most functionality from the web version of YouTube.

As mentioned above, with Android phones, you’re not just limited to using one particular App Store. You can have multiple in one phone and that’s fine and dandy. One such app store that you may want to download is APK PURE. To do so, search for it on the Huawei Browser and key-in APK PURE. Once you downloaded the file, make sure to run it. It will not autorun. Once it’s up, you can look for the app you want that’s not in the Huawei AppGallery and download away. Such apps would be WAZE, Spotify and Mobile Legends: Bang Bang. (But again, if you can phone clone it, then that’s waaay better). You can also use APK Mirror as another venue. 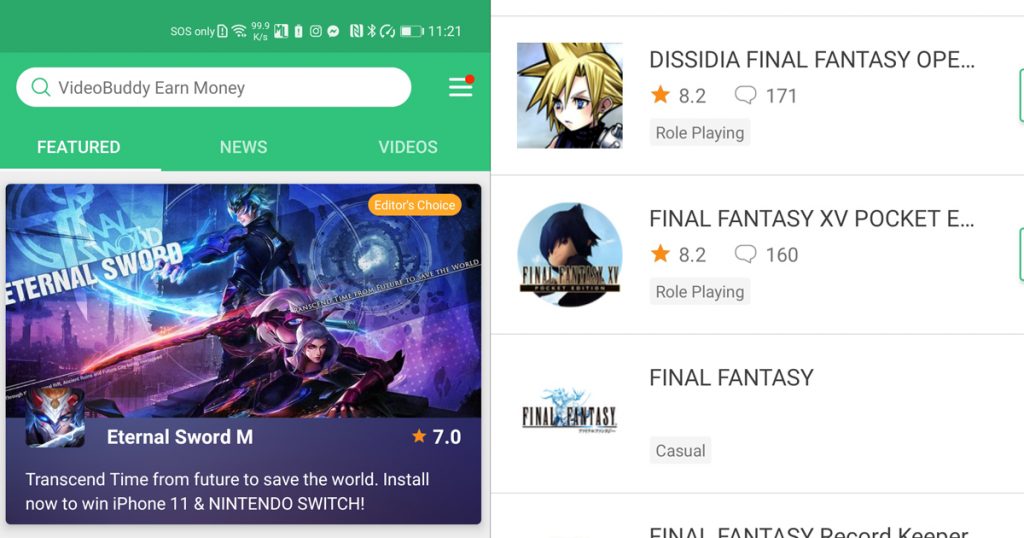 You’ll sort of use this for when you want to get Netflix on your Huawei device. There’s a specific build of Netflix that you need to run so pay attention, folks. The build that you want to search for on your browser is this: Netflix ver. 3.16.6 build 5382 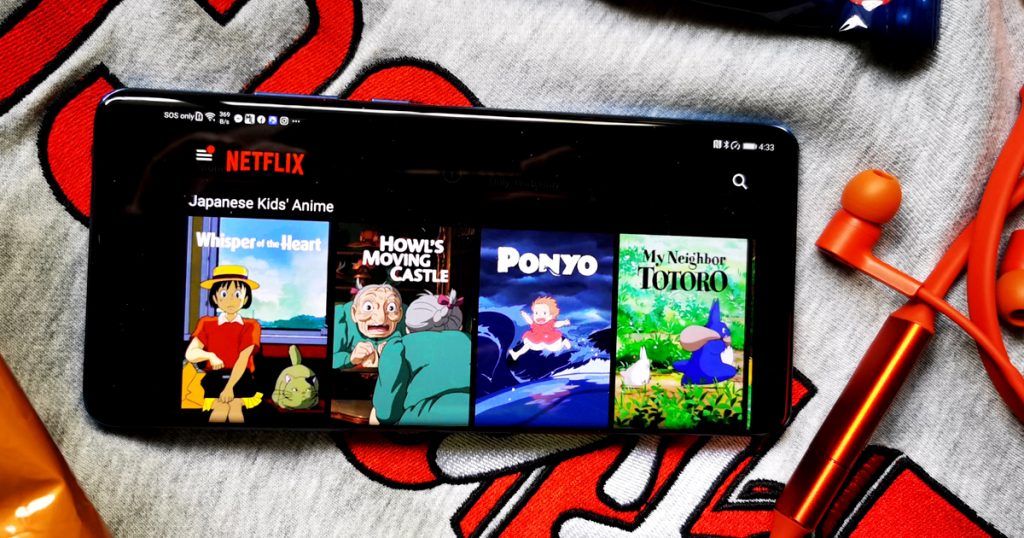 For now, this is the only build of Netflix that will work on your phone. I’ve been binge-watching Netflix for days now on my Huawei P40 Pro and I haven’t had a problem with it.

So far these are the identifiable apps that I use on a daily basis and not having Google Play on the Huawei P40 Pro isn’t a huge deal-breaker for me. On the upside, I get to enjoy a kick-ass phone that has one of the best (if not the best) smartphone optics and my productivity isn’t hindered. Of course, the ideal scenario here is that all apps that are available in GMS will be available in HMS and to be honest, it’s not such a far-fetched reality considering how much money Huawei is investing in their AppStore. It’s just a matter of time folks, it’s just a matter of time.

For more on the Huawei AppGallery, check this video below: