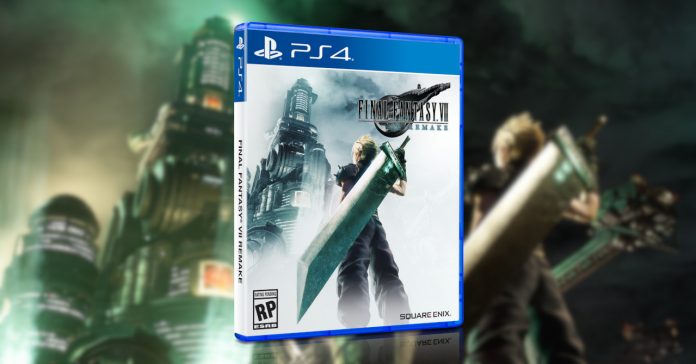 Great news, Final Fantasy fans! Physical copies of the Final Fantasy VII Remake Standard Edition are now available in major video game retailers in the Philippines, including Datablitz and Game One/iTECH. The release of the FF7 Remake follows a delay in the game’s physical release due to the enhanced community quarantine in Luzon and some parts of Visayas and Mindanao.

REIMAGINE ONE OF THE MOST VISIONARY GAMES EVER!Final Fantasy VII Remake Standard Ed. for PS4 is now available in…

At Datablitz, the Standard Edition of the game is available for PHP 2,995 at the new Databtlitz e-commerce store. Games bought at the Datablitz online store will be delivered to each buyer’s doorstep, and must be paid via online fund transfer or bank deposit.

ICONIC CHARACTERS AND EPIC BATTLESFinal Fantasy VII Remake [R3] is now available in Game One PH!The world is under…

Meanwhile, the game is also available now on the Game One website. Much like before the quarantine, games bought on Game One’s site will be delivered to a buyer’s doorstep. Payments accepted include PayPal, BDO, BPI, Globe, and LBC.

ICONIC CHARACTERS AND EPIC BATTLESFinal Fantasy VII Remake [R3] is now available in i.Tech!If you have not claimed…

The game is also available now on iTECH for users who have pre-ordered the game before the quarantine started.

Sadly, there’s no word yet on when the Final Fantasy VII Remake Deluxe and First Class Editions will release. Here’s hoping both editions of the game also release soon, especially as the FF7 Remake is definitely a must-play!