‘Saekano the Movie: Finale’ is releasing in Philippine cinemas soon

The film releases once the quarantine period ends. 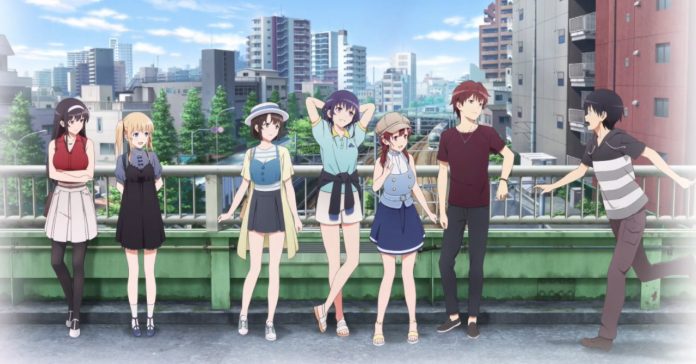 Heads up anime fans, here’s some news to brighten up your day while we’re still under quarantine. Pioneer Films recently confirmed that it will release Saekano the Movie: Finale in Philippine theaters soon.

The announcement was made recently via a post on the Viewer’s Choice Philippines Facebook page. While the film is confirmed to release in the country, there’s no word yet on its release date. What we do know is that the Saekano movie will release “as soon as the quarantine is lifted.” 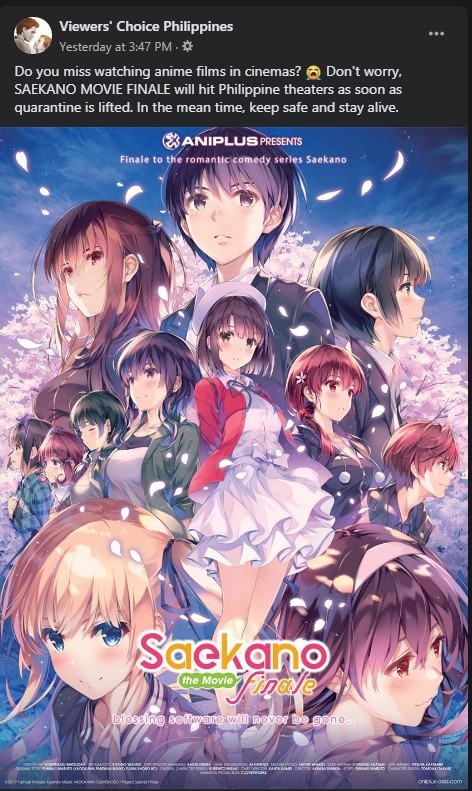 Not familiar with the film? Saekano The Movie: Finale is the an anime film adaptation of the eighth to final volumes of the Saekano light novel series. The previous novels in the series were adapted in an anime series of the same name, meaning the Saekano movie serves as the final for the anime series.

The movie is described by Aniplus Asia as:

Meanwhile, Tomoya and Megumi join hands with their new members and various other parties to produce their new game.

What will become of Eriri and Utaha’s major work? Will the relationship between Tomoya and Megumi change? And what will be the ultimate fate of blessing software’s new game?“