PlayStation is giving away Uncharted: The Nathan Drake Collection and Journey for all PS4 users

As part of Sony's Play at Home initiative! 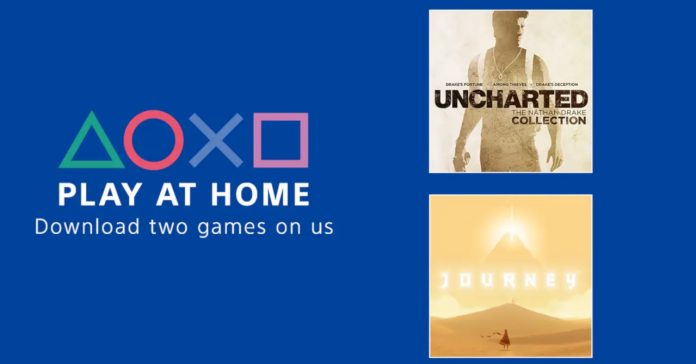 PlayStation recently announced its new Play At Home initiative which encourages everyone to stay at home as much as possible in light of the COVID-19 pandemic. As part of the initiative, PlayStation is offering PS4 users Uncharted: The Nathan Drake Collection and Journey for free. Both games will be free to download starting April 15 until May 5, 2020; the best part is, once you download them, both games are free to keep!

In case you’re unfamiliar, Uncharted: The Nathan Drake Collection is a collection of the first three games in the series — Uncharted: Drake’s Fortune, Uncharted 2: Among Thieves, and Uncharted 3: Drake’s Deception. The three games originally came out on the PS3, and were remastered in full HD and 60FPS for their PS4 release.

Meanwhile, Journey is an adventure game, and it’s probably one of the most celebrated and acclaimed indie games of all time. Journey lets players take on the role of a robed figure travelling through a desert in a meditative and memorable experience.

Aside from giving PS4 users free games, PlayStation is also giving back to developers with its Play At Home initiative. With independent developers facing hardships and financial struggles due to the pandemic, Sony Interactive Entertainment has earmarked USD 10 million for the benefit of its various independent development partners.